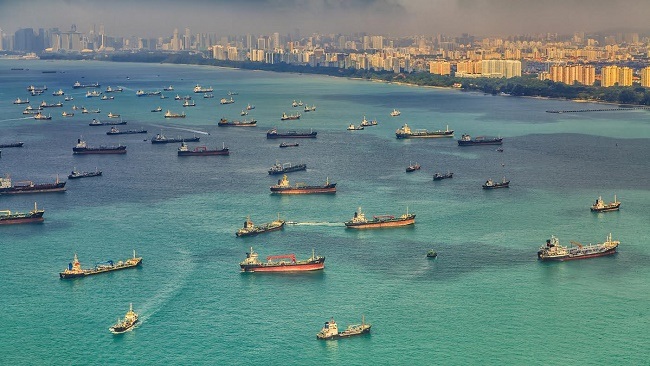 Global trade is not just a question of moving merchandise from one point to another. Goods do need to move, but they do so through a web of intermediaries, each with distinct priorities and systems.

Exporters, importers, banks, truckers, shippers, customs agents and regulators all require checks and verifications at various points along the chain, and each interlocking part depends on successful completion of the previous phase, and of course, on reliable information.

It’s no surprise, then, that the application of distributed ledger technology (DLT) in trade finance and supply chain management has for some time been a focus of financial institutions around the world. Banks play a large role in the chain, not only in the supply of letters of credit and other financing mechanisms, but also in the treasury management of its exporting and importing clients. And trade can be painful – risk has a financial and psychological cost, financing is not always easy to come by and working capital squeezes (when payment is late but costs have been incurred) affect entire operations.

Several of the trade finance DLT platforms currently under development were initiated by banks. We.Trade, for example, is a joint venture owned by nine of Europe’s largest finance providers, while Batavia’s development is led by UBS and IBM, with participation from a handful of banks in Europe and North America.

Unlike other bank trials that aim to test the technology (and which end up shelved due to the lack of a strong business case), these evolved to solve clients’ pain points.

As Beat Bannwart, head of strategic innovation and market development for UBS, explained to CoinDesk:

The driving factor wasn’t the need to find a blockchain use case, it was the clients’ needs – they want a leaner, faster process in place, how to secure international trade transactions, how to finance them in order to grow their business.”

Hubert Benoot, chairman of We.Trade, agreed, adding: “Clients are unhappy that, in a European context, their growing of trade is limited by the absence of good instruments to finance and cover risk.”

The principal pain points revolve around the bilateral nature of trade relationships – each component in the chain usually interacts one-on-one with another, leading to duplication of processes and a lack of transparency as to the state of a shipment.

While both platforms are finance-oriented and client-centric, there are significant differences.

Batavia, on the other hand, appears to have broader ambitions. Last week, it announced a pilot of two trade transactions, in which Audis were purchased in Germany by a Spanish business conglomerate, and raw materials were imported from Austria to Spain by a global leader in textile development.

While the trial was focused on Europe, it involved large corporations, and the presence of the Bank of Montreal in the consortium indicates a wider geographical scope.

Second, We.Trade is close to production. The platform’s participants credit its progress to the narrow focus and relative simplicity of its initial design.

“We don’t intend for the moment to offer something that would be the single entry point for companies to trade and tackle everything,” she said.

We.Trade plans to begin testing the production version next month, with a commercial release expected over the summer. Banks will be invited to join on a licensing basis, which will enable them to offer the platform to their clients.

While the joint venture plans in the future to incorporate additional services such as onboard inspections and innovative financing products, for now the priority will be broadening the network.

Batavia has not specified a possible date for launch, although Bannwart expects to see “certain solutions come to fruition within the next 12-18 months.” He also stresses the platform’s relative focus. stating:

While the platform needs to be universal, you will never succeed if you start with the whole world.”

There are hurdles ahead, though.

The main obstacle is the complexity of moving from proof-of-concept to pilot to production. Michael Spitz, CEO of Commerzbank’s main incubator (and a participant in the development of Batavia), observed the kind of considerations the transaction can bring.

“It’s one thing if, in a proof-of-concept, everything works on the test network, but the pilot is much more complex, because you start to combine the test network with legacy systems,” he said. “Once we have executed the pilot transactions, we are no longer in the sandbox, and the regulators will be looking.”

Still, We.Trade’s Benoot hinted that the interest from the regulators has so far been supportive, given the impact that increased trade within Europe could have in the region – SMEs account for around two thirds of total EU employment.

“I’m impressed by the knowledge of those regulators on blockchain, DLT, they know what’s happening in the market. They’re really interested in innovation, especially exports,” he said.

Yet, these platforms present a good example of how blockchain-based technologies are about more than making current processes more efficient – they can open up new revenue streams.

Neither platform is trying to replicate existing trade finance formats. They both appear to be substituting the main options available today – letters of credit (bank guarantees that the purchaser will pay) and open account (where no guarantees are given and the trade is undertaken on trust) – with the new concept of “smart payments,” released when an action is triggered.

“For We.Trade this is both a risk management solution and a working capital solution, in that the ‘bank undertaking of payment’ that the platform issues when a trade is initiated can then be separately financed, such as through discounting or forfeiting,” Benoot said.

This is especially significant given that letters of credit are rarely used in intra-European trade, since each one can take as much as seven days to process (longer than it would take the goods to arrive at their destination).

What’s more, the cost of each is often prohibitively high given the relatively small size of the orders. The increasing weight of “open account” trades (without payment guarantees) means that the exporter has to either insist on pre-payment or trust the importer, and the implied risk for either side is a barrier to growth.

Gorge of Société Générale further detailed: “It’s not necessarily a question of trade processes or bank fee savings, but also a new way of securing transactions where they currently don’t have solutions.”

We.trade was recently set up as a joint venture with the initiating banks as shareholders, overcoming what could have been another hurdle: governance.

Next to technical challenges, also collaboration is a challenge. We have created one company in which nine banks are shareholders. Notwithstanding the fact that we are independent, all the banks – in line with their internal governance and procedures – need to approve the services and the documentation. But we have shown that we can work together.”

Other platforms are also moving forward, and new ones are emerging.

While perhaps not all of the ongoing proofs-of-concept will see the commercial light of day, it increasingly appears that trade finance will escape the spread of dropped trials and shelved pilots prevalent in other financial applications over the last few years.

Given the relative progress of each and the hurdles yet to be overcome, adoption will be choppy and fragmented for the short term. But as the underlying technology advances, regulatory stances adapt and compelling use cases propel joint development, a bigger picture takes shape.

Looking further ahead, we can catch a glimpse of a map of interconnected networks, interacting with legacy systems.

The cautious and focused approach taken by two of the most advanced projects so far belies the grander vision: a more robust and efficient system will not come through digitising current processes.

It will come through designing new ones, better suited to an increasingly complex global economy.

Blockchain is a network business – the value of the solution grows with its adoption. What we’ve seen throughout history is that if you have non-interoperable systems, on the one hand it’s good for competition because solutions are developed more quickly; but on the other hand, it could be like the old times when you had to carry a different phone for each region.”