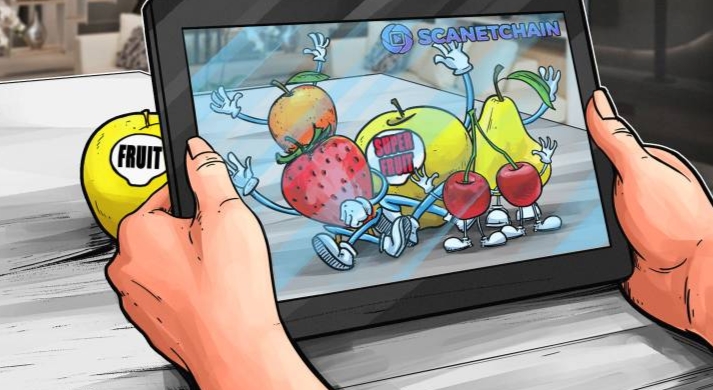 A start-up Blockchain company is using augmented reality (AR) to deliver services that the public “need and use in their daily lives” – bringing together social networking and shopping on one intuitive cryptocurrency platform.

Scanetchain says it is well placed to become a big player in the booming AR industry, which is predicted to be worth $120 bln globally by 2020. According to its founders, the market’s emphasis is heavily skewed towards devices capable of displaying augmented reality, instead of developing content which can reach the masses through this technology. The company is being led by David Ham, the former head of Blockchain global business development at Samsung SDS.

Through its ecosystem, markers can be assigned to products, brands and images both in the real world and online. From here, consumers are able to digitally identify them by using their smartphone camera and be instantly redirected to the Blockchain-based platform the marker has been paired with. Unlike other platforms where specialist cameras are needed, Scanetchain says users do not require any additional equipment to make the most of its service.

The company believes it can also trigger an “overwhelming expansion” of advertising space – and create an environment where practically any logo or product can become an interactive ad banner. Dubbed the “world’s first online, interlocking 3D AR advertising system,” consumers would be rewarded in tokens every time they view an ad – and this cryptocurrency can subsequently be used to make purchases.

Scanetchain wants its AR tech to help shopping in brick-and-mortar stores become quicker and more convenient. This is because consumers would be able to learn additional details about a product with a single scan and come to an informed decision – and potentially make on-the-spot purchases using crypto without battling long lines at the tills.

“All you need is your smartphone”

According to Scanetchain’s white paper, its platform gives retailers and businesses an opportunity to connect with the public which traditional forms of advertising – such as TV spots, radio jingles and physical billboards – cannot provide.

As well as logos and products, the company says AR markers can be attached to signs, posters, leaflets, magazines, shopping bags, business cards, menus and packages.

When they are scanned by the user, there is potential for a wealth of information to be unlocked – including videos, animations, messages, pictures, event details, manuals and other forms of custom information.

Scanetchain is also confident that its AR system could help brands protect their trademarks and clamp down on the scourge of counterfeiting. This is because they would be able to notarize all of the distinctive attributes about their products on the Blockchain, and shoppers would be able to verify history and authenticity before making a purchase.

The company argues that one of the biggest issues that has been holding AR platforms back is the amount of content that often needs to be downloaded to a person’s smartphone – occasionally resulting in eye-watering data fees and the loss of precious storage space. Scanetchain claims its platform solves this problem by providing content through a cloud-based system that’s akin to data streaming – making its service “fast and light.”

No knowledge of Blockchain needed

Scanetchain says its system enables the public to benefit from Blockchain technology without having an in-depth knowledge of how it works. It hopes its free social network will offer familiarity, as users will be able to upload photos and comment on their friend’s activities at will.

The platform’s cryptocurrency is known as SWC, and the company says all users who hold the token will have a stake in Scanetchain that enables them to vote on “critical operational issues.”

Scanetchain’s private sale began on April 9 and ends on May 13, with a presale beginning the next day and concluding on May 28. Its main crowdsale runs from May 29 – June 7.