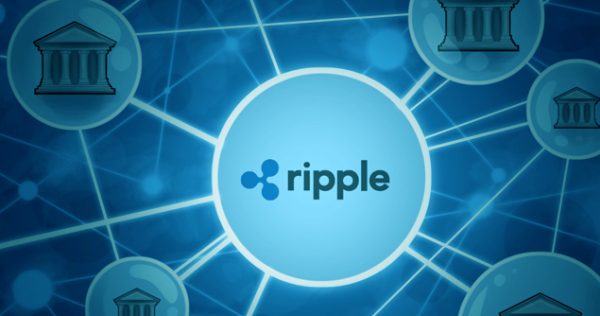 San Francisco startup Ripple Inc. is reporting an uptick in sales for a cryptocurrency core to its product suite.

According to a post on the firm’s site, released Wednesday, the company sold $167.7 million worth of XRP in the first three months of 2018, an increase of 83 percent compared to the previous quarter and of 2,400 percent compared to the first quarter of 2017. Ripple has long been closely associated with the open-source XRP Ledger, a technology on which it has built tools aimed at enterprise businesses.

The company further said direct sales of XRP totaled $16.6 million – a decline of 17 percent compared to the previous quarter. Programmatic sales of the cryptocurrency more than doubled, on the other hand, rising from $71.5 million to $151.1 million.

As a company, our strategy remains focused on signing up customers to use our technology and moving those customers into production. If we continue to do that, we will fix how money moves around the world.”

As for its share of total cryptocurrency market value, the report notes:

XRP’s price took off in late 2017, rising from less than $0.25 at the beginning of December to a peak of $3.84 in early January. The token’s subsequent fall was just as steep, and within a month, it was trading at just under a dollar. At the time of writing, 1 XRP is worth around $0.82.

Ripple’s first-quarter report also addressed the negative influence that a global regulatory crackdown, combined with uncertainty about the future, has had on cryptocurrency prices. It did not specifically reference Ripple’s own regulatory questions, however, including whether XRP is a security.

Ripple markets XRP and other solutions to banks as a means to increase efficiency and reduce cost in payments, particularly those transacted across borders. The cryptocurrency has attracted a devoted following, but also a fair amount of criticism too, including questions about its degree of centralization and the pace of adoption.

Ripple has issued quarterly XRP reports since Q4 2016, when it sold $4.6 million XRP directly to institutions.

This is done by third parties that Ripple employs to use agreed algorithms to execute sales, usually by market making that is biased in favor of a net sale. Ripple does not have direct control over these sales and cannot adjust their timing on a short-term basis.”

Direct sales, by contrast, are conducted by XRP II, LLC, a registered and licensed money service business. The main buyers, the company has stated in the past, are financial institutions.

Ripple placed 55 billion XRP in escrow accounts in December “to create certainty of XRP supply at any given time.” The company released around 300 million of these XRP in Q1, which it says “are being used in a variety of ways to help invest in the XRP ecosystem.”