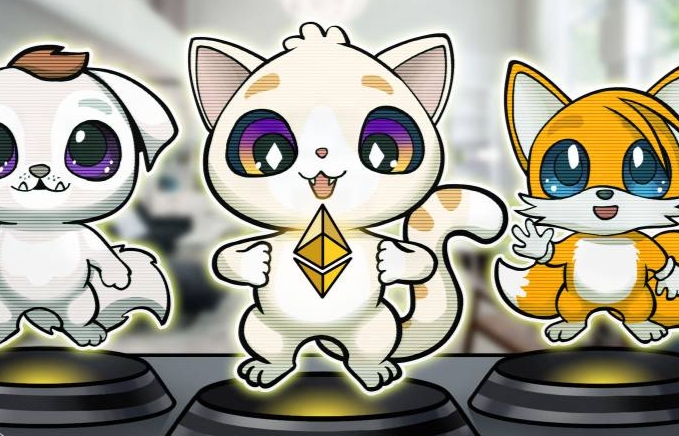 The integration of cryptocurrencies into the games industry has seen a rapid increase in games of multiple genres that are being powered by the Ethereum Blockchain. Blockchain Cuties is a new example of such a platform. This pet-based game allows players to ‘own’ either real animals such as dogs and cats, or branch into the fantasy world with unusual creations. As well as standard gameplay with levels and achievements, Blockchain Cuties offers the chance for players to make money through earning cryptocurrency.

The gameplay concept is simple: own your ‘Cuties’ (pets) and train them to level up and progress through the game. Each Cutie is an ERC-721 token, and can be swapped with other gamers, or sold in an exchange for cryptocurrencies. There is no upper limit on how many Cuties players can own. The website describes the aim of the game as being to “collect them, breed them, test their skills in battles, arm them and even level up!”. The battles in question can take place against other users in the multiplayer mode, using an automatic turn-based format – where one player attacks, while the other defends and vice versa. Winners of said battles receive ‘useful wearable or consumable items’ for their cuties, allowing further customization and personalization, or increasing their levels. In addition, both winners and losers of the contests will gain ‘experience’ points to help their Cuties towards levelling up.

The Blockchain Cuties presale offers participants the chance to obtain ‘super rare’ cuties, which will hold a permanent advantage for players in terms of power bonus, along with other bonuses dependent on the pet that is held. Most of these Cuties will only be available during the presale and not following the official game launch, and subsequent Cutie prices will rise by 20 percent.

As the game is currently very new, the developers of Blockchain Cuties are keen for feedback from users on both positive and negative aspects of the gameplay experience. As an incentive for encouraging players to join the community, the top twenty most helpful users of the beta version and early launch will be offered free and ‘unique’ cuties following the initial launch of the game.

For those interested, the Blockchain Cuties blog will provide further updates on the game progress.