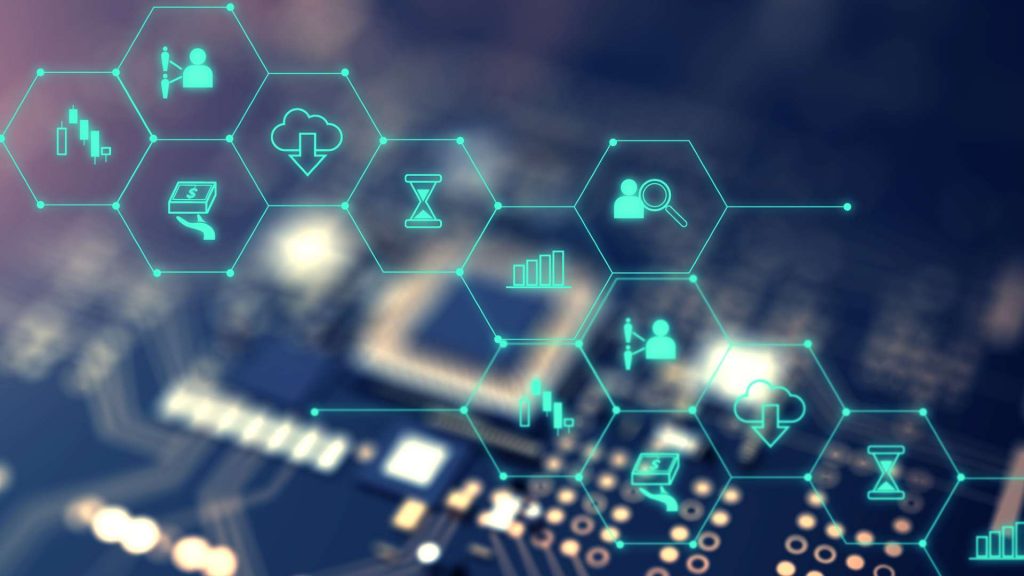 Virtual currencies were truly something to marvel at last year. Whereas the stock market is historically the greatest creator of long-term wealth, with average annual gains of 7% inclusive of dividend reinvestment and when adjusted for inflation, it was left in the dust in 2017. In total, cryptocurrency market caps exploded higher by more than 3,300% in just 12 months.

Though a number factors were responsible for pushing cryptocurrency valuations higher, the primary catalyst that stood above all else was the rise of blockchain technology.

Despite being among the buzziest words on Wall Street, “blockchain” is still misunderstood, or considered a complete unknown by a lot of people. In fact, a Deloitte blockchain survey conducted in 2017 found that 39% of the senior executives at large U.S. companies it had surveyed indicated that they have “little” or “no” knowledge about blockchain technology. Mind you, it’s sort of the job of senior executives to stay abreast on the latest technology that could disrupt their respective industries. If two out of five have virtually no clue what blockchain is, or how it could reshape businesses, then you can imagine how little the American public probably knows about it.

Here’s what blockchain is all about, in one sentence:

It’s a brand-new way of transmitting money without the need for traditional banking networks, as well as a means to store data in a transparent and unalterable way.”

This is a relatively simple sentence, but there’s a lot going on, so I’ll break it down piece by piece.

Blockchain was developed in response to perceived flaws with the current banking system. Among them is the fact that payments sent from one party to another can take up to five business days to be validated and settle, especially if they’re being sent across borders. That’s simply not acceptable to some folks, and it’s a clear deterrent to businesses operating at optimal efficiency.

Blockchain resolves this by processing transactions more efficiently. We’re talking about transactions being validated and settled almost instantly, or within a matter of minutes, as opposed to waiting days at a time.

As you might imagine, there are still steps that need to be taken on a blockchain network to ensure that transactions are valid. In other words, there are checks in place to make sure the same virtual token isn’t being spent twice.

It’s worth pointing out that not all blockchains are validated by mining. Others, such as NEO, use a method known as “proof-of-stake.” The idea is the same in that an individual is ensuring the validity of transactions on a blockchain network. The difference is that there’s no competition or high-powered computers involved. Instead, people are chosen randomly to validate blocks of transactions. That “randomness” is based on ownership in a blockchain network’s underlying cryptocurrency. In other words, the more of a non-mineable cryptocurrency you own, the more likely you are to be chosen at random to validate transactions.

“Without the need for traditional banking networks”

Blockchain also has the purpose of simplifying transactions.

The way a remittance works today is that one person or business sends money to another person or business through a traditional bank network. The bank, despite doing virtually nothing other than supplying the infrastructure to allow this transfer to take place, usually gets to pilfer fees in the process. Blockchain developers didn’t like this, which is another reason blockchain was created.

It should be clearly stated that reduced transaction fees aren’t necessarily a win for the consumer. These behind-the-scenes costs might just wind up padding the margins of businesses if they drop, but it’s really too early to tell.

“As well as a means to store data”

This pivot is important, as it signifies that blockchain technology is about more than just offering a new way to send money. Blockchain has what seems to be an ever-growing list of non-currency applications. In effect, it provides a new and exciting way to log data.

While we’ve witnessed a big push in the healthcare sector to move away from paper and toward digital forms, that’s not necessarily the case in other sectors and industries. Blockchain would aid that push, which could result in a major uptick in operating efficiency.

Among the non-currency applications that are most exciting is what blockchain might be able to do for supply chains. Though some aspects of the supply chain have gone digital, paper still plays a critical role in getting products and supplies from one part of the chain to the next. The problem with paper is that it’s not very efficient, and it can slow down the process by which a good moves from its starting point to the retailer or customer.

With blockchain, everything can be logged digitally. This could allow for manufacturers, retailers, wholesalers, and perhaps even consumers (depending on the industry), to see where a product is in real time. It also allows businesses to spot inefficiencies much faster than with paper logs, which can lead to quick fixes.

“In a transparent and unalterable way”

Building on the previous point, blockchain bests paper in one other major way: It’s considerably more legally binding. Paper can be easily altered. By contrast, data on a blockchain network is considered to be immutable. That’s a fancy way of saying that it’s unchanging and cannot be altered.

When a person or business looks at data on a blockchain network, they know it to be true. And, since blockchain data is often transparent (unless it’s a private network operated by a business), it makes attempting to alter data virtually impossible, since others on the network would be able to view any changes made. This transparency and immutability is what makes blockchain particularly secure with regard to storing and logging data.

Sure, there are other nuances to blockchain, and would certainly encourage you to read about them. But when you get down to the nitty-gritty, we’re talking about a new way to send money without banks, as well as store data in a transparent and immutable way.