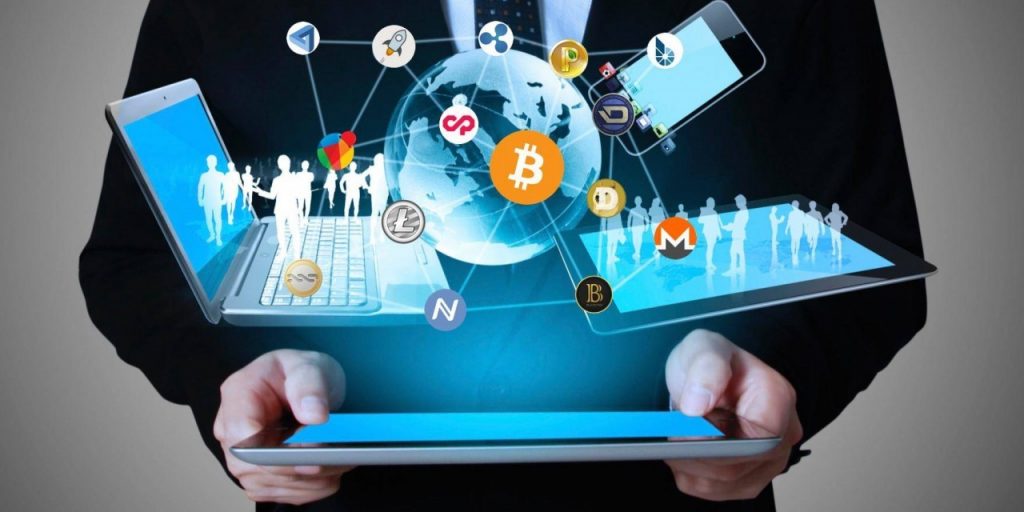 Often referred as the world leading platform for digital assets, blockchain is a decentralized, digitized, public ledger in which all cryptocurrency transactions are recorded.

This list of records (known as blocks) grows continuously, and it is protected and interconnected using cryptography, and it enables digital information to be circulated but not copied. Being decentralized means that the network functions on a peer to peer basis.

Interestingly, blockchain companies have succeeded in reducing other market trends from a few decades to a few years. The mechanism of blockchain technology ensures Cryptocurrency markets stick to the psychology of disruptive technology.

Blockchain technologies could dominate the future of finance; it will change global banking by the drastic reduction in cost for all market participants. It is said that ‘Bitcoin will do for payments what email did for communication.’

In the absence of a central authority, bitcoin was designed to be public and permit anyone to join, and its blockchain was a result of the need to ensure that people are honest.

The Changes And Expectations

Blockchain – facilitated digital ledger technology will be launched by NASDAQ, and it will be used to broaden and boost the equity management capabilities that is presented by its Nasdaq Private Market platform.

Cryptographically safeguarded currencies will become commonly used as a result of the embracement of blockchain by central banks. Blockchain transaction usually contains all important information for the effective transmission of assets.

Thus, there will be a relative decrease in the number of applications in and outside the banks.

Blockchain has the potential to decrease cyber risks over a visible ledger, which is by offering identity verification and authentication; a blockchain start-up recently claimed criminals could potentially be tracked down quicker and cheaper than ever before by its software.

Confirmation of Insurance information through a blockchain record and usage of smart contracts by car rental agencies allowing swift transactions between both parties.

Trusted trading platforms could be built by Small businesses with the use of blockchain while altering the timing of risk.

Robustness and transparency to the post-trade environment could potentially be aided by Blockchain.

Blockchain technology will upturn the efficiency and rapidity of transactional activities thereby making the world even smaller. A bank could promptly make payments to suppliers over the Internet in real time.

The blockchain technology can bypass the current centralized financial infrastructure. This means that Cryptocurrencies can dominate and dictate future of finance in many nations.