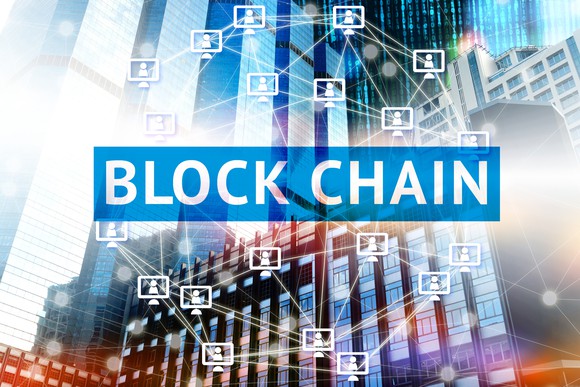 In the past year, several celebrated businessmen have opined that blockchain technology could be on the cusp of transforming the way transactions are conducted across the world. Shark Tank judge and serial entrepreneur Mark Cuban called blockchain “very valuable” and said he thought it would be “at the core” of the majority of transactions in the future. Fellow billionaire Richard Branson went further, saying blockchain technology could bring about an “economic revolution” in emerging economies. In her annual chairman’s letter, IBM CEO Ginny Rometty said “blockchain is doing for trusted transactions what the Internet did for information.”

So, what’s all the fuss about? Can blockchain technology really transform the way we facilitate financial transactions in the future?

To better understand the concept of a blockchain, it might be helpful to remember the three Ds: digital, distributed, and decentralized. As in, a blockchain is a digitally distributed, decentralized ledger. Broken down to its most simple form, a block is simply a collection of data. When a block is full, it is added, in chronological order, to the end of the chain and a new block is created. For most cryptocurrencies, the data contains information about the transactions conducted, but a blockchain can theoretically contain any type of data.

The primary advantage of a decentralized ledger, as opposed to a central database, is that no one entity can control the data. It also makes it virtually impossible for someone to hack the information and manipulate the data because the hacker would have to breach numerous computers around the world almost simultaneously.

While blockchain technology is primarily used in cryptocurrencies, a number of the world’s largest and technologically savviest companies are testing it out for a variety of other purposes. Of course, as with any new and innovative technology, there are certain possible applications of the blockchain that could also disrupt existing companies. While the future is far from certain, here are three industries that could possibly get left in the dust by blockchain technology.

Remittance is the act of foreign workers sending money home to their country of origin. Companies such as Western Union Company (NYSE:WU) and Moneygram International Inc (NASDAQ:MGI) serve these workers by allowing them to transfer funds across borders even when the worker or their families do not have access to traditional banking services. Unfortunately, due to the nature of cross-border payments, which require a network of banks to complete and numerous regulatory hurdles to clear, the fees for these services can often cost a decent percentage of the transfer.

In 2014, the World Bank estimated that about 38% of the world’s adult population, approximately 2 billion adults, did not have a proper bank account. While that number decreased dramatically from 2011 figures, it is still staggeringly high! This is arguably one of the most exciting features of blockchain tech: It provides an opportunity for the world’s unbanked to gain access to traditional banking services cheaply, securely, and, often, only a mobile device is required.

The World Bank figures the total market opportunity for banks to include the world’s unbanked using blockchain technology is about $380 billion. A lot of this opportunity comes from the remittance industry, where the World Bank highlighted several blockchain-powered efforts that have the potential to turn the sector upside down:

All of these services employ blockchain technology to power their solutions. If they ever gain traction, companies that make a good deal of their revenue from fees collected on remittance payments, like Western Union and Moneygram International, could be in a world of hurt.

Another industry that blockchain technology could potentially disrupt is music streaming, meaning Pandora Media Inc (NYSE:P) and newly public Spotify (NYSE:SPOT) could suffer. Indeed, some are already envisioning a future where music lovers will be able to purchase their favorite music directly from the artist, cutting out all middlemen in between. In theory, this could reduce the cost for the consumer and put more money in the pockets of the artists, where many believe it belongs. This is largely the reasoning behind Musicoin, a blockchain-based cryptocurrency employing smart contracts to transfer a pre-determined amount of the virtual currency from listeners’ to musicians’ accounts every time a song is streamed.

Cloud storage often uses a central database to secure users’ data, a setup that some believe makes data susceptible to hackers. This is the theory behind Filecoin, which plans on paying its cryptocurrency to those who host file storage on their own computers. Some say it’s best to think of it as the “Airbnb of file storage.” There is definitely interest behind the project because it hosted the largest ICO in history last year, raising $257 million in the process. If this ever gains real traction, it could disrupt major cloud players such as Amazon.com’s AWS and Microsoft’s cloud offerings.

While potential threats to the stocks in our portfolios should always be watched and monitored, actions don’t need to be taken until we see those threats actually start to harm our companies’ business prospects. While some of the businesses mentioned are certainly facing difficulties from other disruptive factors, we don’t think that applies to any of the above-mentioned blockchain-based solutions at this time.