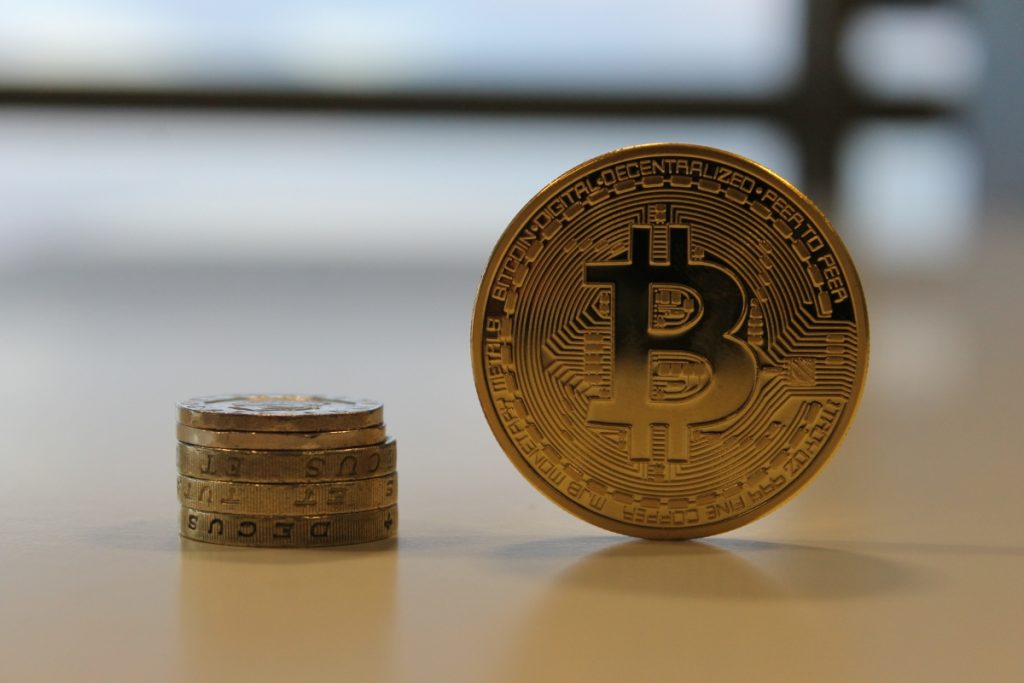 Having scaled a long-term bearish trendline, the world’s largest cryptocurrency by market capitalization rose to $9,021 at 07:30 UTC – the highest level since March 22, according to CoinDesk’s Bitcoin Price Index (BPI).

As of writing, bitcoin (BTC) is changing hands at $8,700 – up 34 percent from the April 1 lows below $6,450. The market capitalization hit a one-month high of $152 billion earlier today and was last seen at $148 billion, according to CoinMarketCap.

But BTC’s rally, though impressive, looks flat when compared to the performance of the top 25 cryptocurrencies by market capitalization. 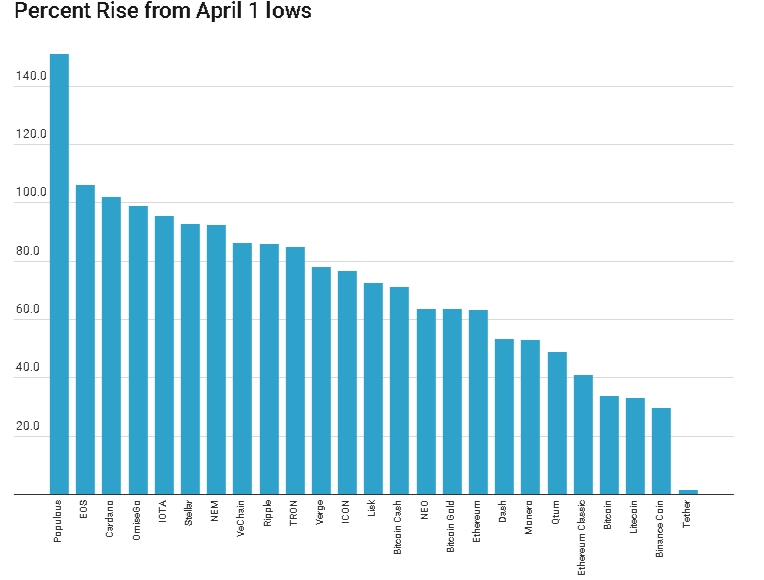 Clearly, it has been the altcoin show so far. The lesser-known cryptocurrencies like populous are leading the cryptomarket rally.

EOS is now the fifth largest cryptocurrency by market capitalization, courtesy of the 106 percent price rise from April 1 low. Litecoin has dropped to number 6. Meanwhile, bitcoin ranks fourth from the last, despite having rallied 34 percent since April 1.

BTC’s underperformance could be an indication the cryptocurrency is fueling the rise in the altcoins. Moreover, most altcoins are traded against BTC. So, investors pouring money into crypto markets tend to buy BTC first and then rotate the money into altcoins. The recent drop in the bitcoin dominance rate from 45.62 percent to 37.98 percent (today’s low) also seems to suggest so.

History shows the altcoins surge happens after BTC reaches dizzy heights. For instance, BTC rally looked overdone in December and was followed by a rotation of money into cheap altcoins in late December and early January.

Moving forward, the crypto markets could remain solidly bid as the world’s largest cryptocurrency has witnessed a major bullish breakout.

The above chart (prices as per Bitfinex) shows:

Despite the pullback from $9,060, the outlook remains bullish. Cryptocurrency may crowd out weak bulls (risk-averse traders) by revisiting the trendline support (former resistance) before finding acceptance above the $9,000 mark.

The bullish breakout suggests the cryptocurrency will likely test 200-day MA hurdle of $9,737 in the short-run.

Only a daily close (as per UTC) below the ascending (bullish biased) 10-day MA would signal bullish invalidation.