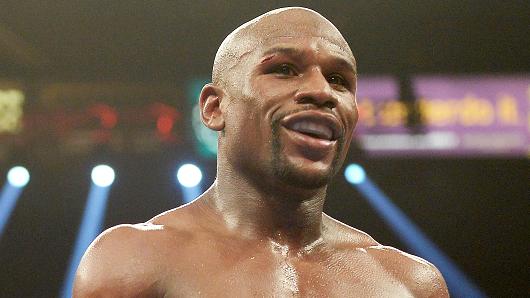 An additional founder of a cryptocurrency firm that was endorsed by champion boxer Floyd Mayweather was charged with fraud by the U.S. Securities and Exchange Commission Friday.

The company, Centra, raised $32 million through a fundraising mechanism known as an initial coin offering, or ICO. In that process, a company issues a new digital coin in exchange for money, and the coin has can either be traded or used on a service offered by the company.

Centra’s co-founder Raymond Trapani was added to an April complaint that charged two other company founders with carrying out a fraudulent ICO.

“We allege that the Centra co-founders went to great lengths to create the false impression that they had developed a viable, cutting-edge technology,” Robert A. Cohen, Chief of the SEC Enforcement Division’s Cyber Unit said in a statement. “Investors should exercise caution about investments in digital assets, especially when they are marketed with claims that seem too good to be true.”

Boxer Floyd Mayweather, who was not named in the complaint, posted a picture of himself holding a Centra card in September. The singer DJ Khaled also has endorsed the company.

The SEC complaint named Trapani as a “mastermind” of the scheme. Centra allegedly marketed fake business relationships with major credit card companies including Visa and Mastercard, published fictional executive bios and misrepresented the viability of the company’s products, according to the SEC. Trapani and another co-founder, Sohrab “Sam” Sharma, allegedly propped up the price of CTR Tokens issued by the company.

The SEC cited text messages among the defendants.

After a major bank asked him to remove any reference of it from Centra’s marketing campaign, one founder allegedly texted the two others named in the complaint.

“[W]e gotta get that s[***] removed everywhere and blame freelancers lol,” Sharma said, according to the SEC complaint.

U.S. regulators have stepped up efforts to shut down fraudulent ICOs this year. The SEC said in March that it is looking to apply securities laws to cryptocurrency exchanges and wallets, and SEC head Jay Clayton said that the organization is devoting a “significant portion of resources” to the ICO market.