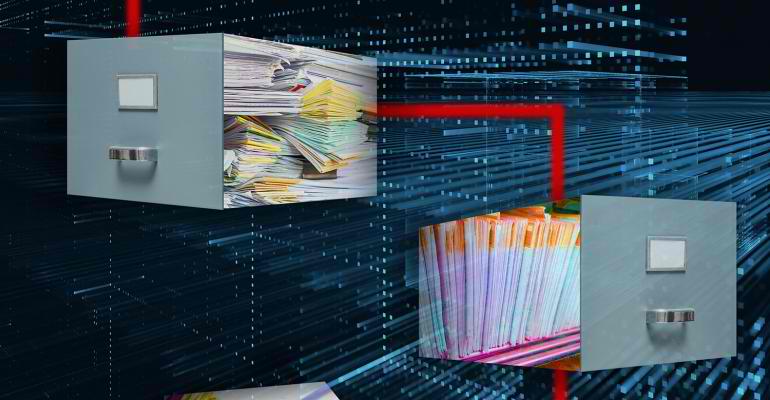 Beguiling, baffling or both—that’s blockchain. To clarify blockchain for the benefit of companies and other organizations, as well as engineers and managers, the National Institute of Standards and Technology (NIST) has released a straightforward introduction to it, the technology or theory which underpins Bitcoin and other crypto-currencies.

Much of the attention focuses on Bitcoin, one of the more well-known cryptocurrencies built on blockchain or blockchain itself, which has been described as the most disruptive technology since the internet. Blockchain’s proponents believe it lets individuals perform transactions safely without the costs or security risks that accompany the intermediaries required in conventional transactions.

A blockchain is essentially a decentralized ledger that maintains records transactions on many computers simultaneously. Once a group, or block, of records gets entered into the ledger, the block’s information is connected mathematically to other blocks, forming a chain of records.

Because of this mathematical relationship, the information in a particular block cannot be altered without changing all subsequent blocks in the chain and creating a discrepancy that other record-keepers in the network would immediately notice. This is how blockchain creates a dependable ledger without requiring record-keepers to know or trust one another, which is supposed to eliminate the dangers that come with data being kept in a central location by a single owner.

The blockchain idea has attracted enough supporters to where there are now several hundred digital currencies on the market, and hundreds of companies are investigating ways to employ blockchain. Because the market is growing so rapidly, several stakeholders, customers, and agencies asked NIST to create a straightforward description of blockchain so that newcomers to the marketplace could enter with the same knowledge about the technology.

“Blockchain is a powerful new paradigm for business,” says Dylan Yaga, A NIOST computer scientist. “People should use it, if it’s appropriate.”

The question is: When it is appropriate? As with any new tool, there’s a temptation to employ it purely for its novelty value. The report outlines some possible reasons to use it, including banking, supply-chain management, and keeping track of insurance transactions. The report, Yaga says, was created partly to help IT managers make informed decisions about whether blockchain is the right tool for a given task.

“In the corporate world, there’s always a push to adopt new technologies,” Yaga says. “Blockchain is today’s shiny new toy, and there’s a big push to adopt it because of that. We want to help people to see past the hype, as lofty a goal as that is.”

NIST has been tasked before with writing definitions of emerging concepts in information technology, such as the definition of cloud computing it released in 2011. While Yaga describes the blockchain report as approachable, the document is longer than some other NIST definitions because the technology combines so many complex ideas. Among them are digital signatures, peer-to-peer networking, and hash chains, all of which are tools common in cryptography and with which NIST has had extensive involvement.

“We don’t have any axe to grind or product to sell, though,” Yaga notes. “A lot of articles you’ll read online feature a disclaimer indicating that the author owns a certain amount of cryptocurrency or stock in a company. I have no vested interest in the monetary value of these networks. But we don’t pass judgment on the technology; we just want to get past the rumors.”

To that end, Yaga explains, the document began as a sort of FAQ addressing falsehoods the authors had come across—such as the idea that there was no need for trust in the system. (“You do need trust,” he says, “Just not a trusted third party, like a bank.”) It also looks at technical tools common to most blockchain-based systems and also explores related issues, such as the high demands blockchain systems place on network resources.

The NIST researchers hope the report will be useful to businesses that want to make clear-eyed decisions about whether blockchain would be an asset to their products.

The NIST document, whose full title is “Draft NIST Interagency Report (NISTIR) 8202: Blockchain Technology Overview,” introduces the concept of blockchain, discusses its use in electronic currency, and shows its broader applications.

The roughly 60-page report might enlighten anyone who wants a picture of blockchain that is not skewed to any players’ interests.

“A company’s IT managers need to be able to say, ‘We understand this,’ and then be able to argue whether or not the company needs to use it based on that clear understanding,” Yaga concludes. “Some people are saying you should use it everywhere for everything. We wrote with the perspective that you shouldn’t use it if it’s not necessary.