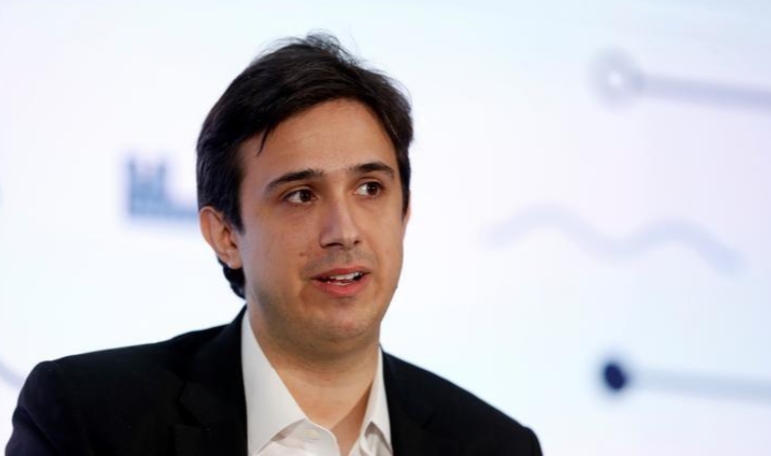 A Wall Street regulator has suspended the co-founder of the controversial Tezos cryptocurrency project from associating with broker-dealers for two years, part of a settlement to resolve allegations that he made false statements about his side venture while working at Morgan Stanley (MS.N).

The Financial Industry Regulatory Authority (FINRA) fined Arthur Breitman $20,000 for the alleged violations, which he neither admitted nor denied, in an agreement dated April 18.

The action follows a Reuters investigation reut.rs/2gPOMNH published in October that found Breitman, a French citizen registered with FINRA, had not reported any outside business activities while working at Morgan Stanley in 2014 and 2015 when he was developing and pitching Tezos.

FINRA requires registered securities professionals to provide prior written notice to their employer to conduct outside business activities if there is “reasonable expectation of compensation.”

“Breitman did not notify Morgan Stanley at any time that he was engaging in these outside business activities,” FINRA said in the settlement agreement.

Breitman also falsely attested on two Morgan Stanley compliance questionnaires that he had disclosed all outside business activities to the Wall Street bank, according to the agreement.

Tezos raised $232 million in July through an initial coin offering, an online fundraiser where new virtual currencies are issued to buyers. It has since been embroiled in controversy and has yet to issue any tokens to its contributors.

“The settlement with FINRA is unrelated to and has no impact on the launch of the Tezos network,” Sarah Lightdale, an attorney for Breitman, said in a statement. “Arthur cooperated fully with FINRA at all times and Arthur is pleased to put this personal matter behind him.”

A Morgan Stanley spokesman declined to comment. Breitman left the bank in 2016 and is not currently associated with a broker-dealer, according to his FINRA record.

In an interview last June, Breitman’s wife, Kathleen, who is Tezos’s other co-founder, told Reuters, “We made all the proper disclosures. It was a hobby, you know. And like there was never any intention to really commercialize any of the software.”

But Reuters reported that a copy of a “Tezos Business Plan” from early 2015 listed Arthur Breitman as chief executive and projected that if the company survived 15 years, it would be worth between $2 billion and $20 billion.

In its findings the regulator cited the “Business Plan,” and alleged that Breitman broke a FINRA rule that such communications may not make any exaggerated or unwarranted claims, opinions or forecasts.

“The Business Plan failed to provide a balanced presentation and sound basis for evaluating an investment in Tezos,” the settlement agreement said.

Reuters also reported that in an email Arthur Breitman sent to an acquaintance in early 2015, he said he was seeking to create a business based on Tezos but was trying not to be associated publicly with the project. He had published two papers about Tezos under a pseudonym, L. M. Goodman.

He also expressed concern that his activities might conflict with his employment at Morgan Stanley, according to messages reviewed by Reuters.

In its findings, FINRA said “Breitman’s use of the L.M. Goodman pseudonym to promote Tezos … effectively concealed Breitman’s involvement with Tezos from” Morgan Stanley.