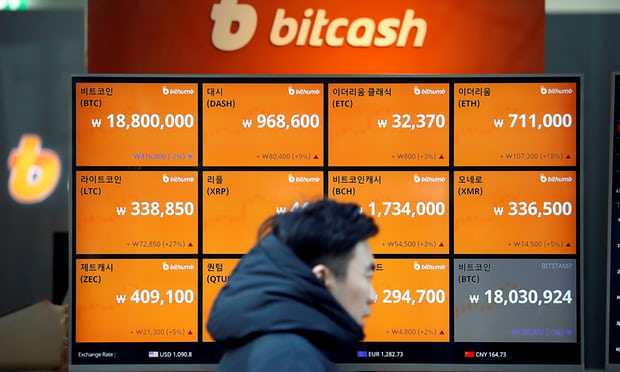 The New York attorney general, Eric Schneiderman, launched an inquiry into cryptocurrency exchanges on Tuesday arguing that consumers often don’t have access to “basic facts” about how they operate.

Schneiderman described the inquiry into the policies and practices of platforms used by consumers to trade cryptocurrencies such as Bitcoin as part of a broader effort to protect cryptocurrency investors and consumers.

“With cryptocurrency on the rise, consumers in New York and across the country have a right to transparency and accountability when they invest their money,” Schneiderman said.

“Yet too often, consumers don’t have the basic facts they need to assess the fairness, integrity, and security of these trading platforms.”

The New York prosecutor said his investigators had sent out letters to leading exchange platforms, including Coinbase, requesting disclosures on their operations and conflicts of interest.

As the state’s chief law enforcement agency, Schneiderman said in a press release, it is his office’s responsibility to protect “consumers and investors from these bad actors and ensuring the fairness and integrity of New York’s financial markets”.

The moves comes as regulators and banking officials express increasing concern at the wild ride some investors have experienced with the nascent digital currencies and the exchanges that consumers use to access them.

Early on Tuesday, Bitcoin shot up in value by more than $1,000 in a surge that came after months of decline that has reduced the value of a single token from near $20,000 to around $7,000.

Bitcoin’s rise to $8,000 came as Christine Lagarde, head of the International Monetary Fund (IMF) touted the global benefits of cryptocurrency.

“Just as a few technologies that emerged from the dotcom era have transformed our lives, the crypto assets that survive could have a significant impact on how we save, invest and pay our bills,” Lagarde wrote in the blogpost.

But Lagarde warned that “before crypto-assets can transform financial activity in a meaningful and lasting way, they must earn the confidence and support of consumers and authorities”.

“An important initial step will be to reach a consensus within the global regulatory community on the role crypto-assets should play. Because crypto-assets know no boundaries, international cooperation will be essential.”

In a separate blogpost last month, Lagarde warned of the “peril of crypto-assets”.

The problems she described included the emergence of sites like AlphaBay, “the largest online criminal marketplace on the internet” that was shut down by US authorities last year.

Lagarde wrote she was also concerned by “the rapid growth of crypto-assets, the extreme volatility in their traded prices, and their ill-defined connections to the traditional financial world could easily create new vulnerabilities”.

The virtues of decentralization and anonymity were also what made crypto-currencies so dangerous. “The result is a potentially major new vehicle for money laundering and the financing of terrorism,” she wrote.

Lagarde said that European authorities, including the Financial Stability Board (FSB) and the Financial Action Task Force (FATF) were already looking at what new rules might be needed to meet the advancements in financial technology.