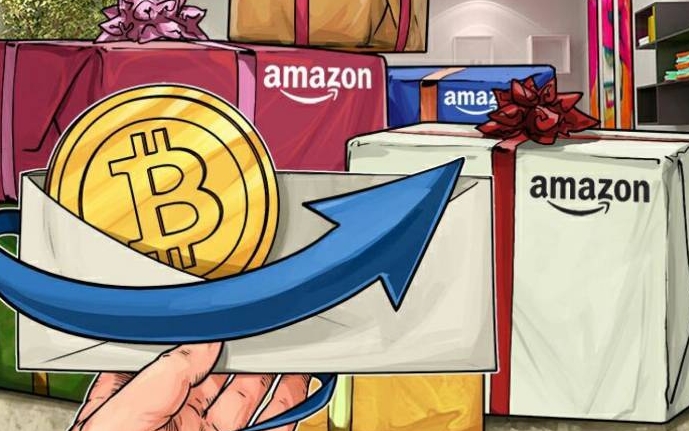 Amazon Technologies, Inc., a subsidiary of e-commerce giant Amazon, received a patent for a streaming data marketplace that would enable users to receive real-time cryptocurrency transactions data, according to a document released April 17.

In order to meet the needs of organizations in managing of large amounts of data, the company, according to the patent, developed a technology for processing streaming data on a large scale with relatively low latency. Additionally, it would allow developers to “build real-time dashboards, capture exceptions and generate alerts, drive recommendations, and make other real-time business or operational decisions.”

The multi-streaming data service would be able to process information from different sources, including “web site click-streams, marketing and financial information, manufacturing instrumentation and social media, operational logs, metering data and so forth.”

The file also describes a use case regarding a cryptocurrency market “data stream that publishes or includes global Bitcoin transactions (or any cryptocurrency transaction).” As stated in the document, the transactions are completely visible to all participants in the network. The patent says:

Customers that want to consume data may subscribe to the desired data stream and “optionally select desired enhancements that are not already included in the desired data stream.” Among potential consumers, the author of the patent makes an example of a law enforcement agency that could desire to “receive global Bitcoin transactions, correlated by country, with ISP data to determine source IP addresses and shipping addresses that correlate to Bitcoin addresses.” It further added:

The streaming data marketplace may price this desired data out per GB (gigabyte), for example, and the agency can start running analytics on the desired data using the analysis module.”

Last week, the Bank of America’s application for a patent on a Blockchain-based storage system was published. The patent addresses the issue of data transferring and tracking, and describes a system with automated data authentication and secured access of data.

The Winklevoss brothers were granted a patent for a system which enhances the security of digital transactions within a cloud computing system, providing a secure means of data verification.