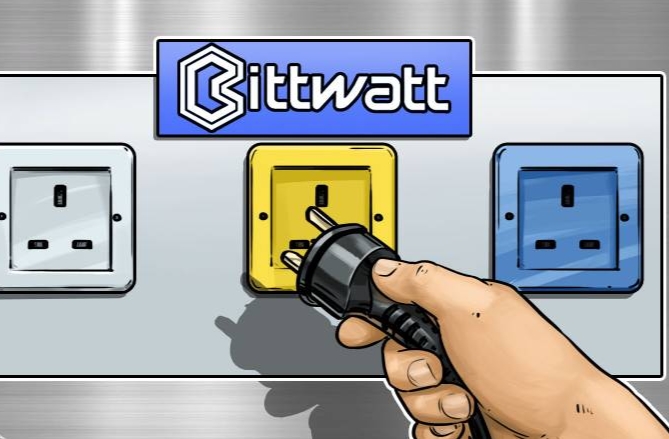 A new Blockchain platform is aiming to stamp out energy waste and misuse by designing a “simple, sustainable and scalable system” which eliminates imbalances between supply and demand.

Bittwatt argues that the industry needs to adapt if soaring demands for energy – spearheaded by developing countries – are going to be met safely.

The company is creating a Blockchain-enabled marketplace which shares consumption data in real time, with its “matchmaking platform” allowing buyers and sellers to trade energy securely based on their requirements. Bittwatt’s ecosystem would also mean power plants can be called upon to increase output levels at times of high demand, and consumers with unused electricity would be able to sell it back during peak periods in order to reduce pressure on the grid.

According to Bittwatt, its demand-response mechanisms ensure that existing energy resources are used to their full potential – exceeding the requirements of end users.

At present, the company says pressure is being put on electricity grids around the world because production levels cannot be speedily adjusted to reflect demand. Purchasing surplus energy for later use is also impractical because costs soar and it is difficult to anticipate future demand with precision.

In its white paper, Bittwatt warns that “costs are piling up and losses in the network are being incurred from slow and outdated workflows” – and large amounts of the paperwork and processes currently associated with buying and selling electricity “are in truth redundant.”

This financial burden normally ends up making its way back to end consumers in the form of higher bills. And, because of “bureaucratic” delays, people who are unhappy with these prices find it difficult to vote with their feet and move to another energy supplier as this process can take anywhere between two weeks and 90 days. Bittwatt hopes improving the exchange of information in the industry will mean consumers can change vendors in as little as 24 hours.

Bittwatt believes that it has a competitive advantage over other proposed platforms for several reasons – including the fact that it already has a “substantial” consumer base, its ecosystem has the potential to create jobs, third-party applications can be integrated into its platform, and no regulatory changes are needed before its ecosystem can be launched and embraced by the energy industry.

It has already formed relationships with several established companies including Macedonia-based Future Energy, Energy Market in Bulgaria and the Romanian supplier Eva Energy – all of which already achieve millions of dollars in turnover a year. Bittwatt has also struck up a partnership with Crypto One-Stop Solution (COSS) and is listed on their cryptocurrency exchange platform.

The company has created an ERC20 token called BWT, and the value of each token is approximately equivalent to the cost of one kilowatt hour of electricity. The token’s value is also based on the total amount of energy being transacted on the Bittwatt platform, which could help to eliminate speculation from the market.

By June, Bittwatt believes the platform’s final smart contract protocol will be ready – with mobile apps for smart consumers and operators to follow in November. B2C and B2B versions of the company’s marketplace would be released in January 2019.

Bittwatt’s pre-ICO was held in March, and the company says $10.8 mln in investments were gathered over the five-day period. The first phase of its ICO began on March 23, with early investors being offered a 20 percent bonus until April 15. This will be followed by three further phases – each lasting two weeks long – with the ICO fully concluding on May 27.

The company is co-founded by Cristian Hagmann and Daniela Cristina Stoicescu. Mr Hagmann has worked in the energy industry for more than 20 years and serves as general manager. Ms Stoicescu, who serves as CEO, is presently the general manager of a power supply company – focusing predominantly on serving business and domestic energy consumers.

Bittwatt says its advisory team include seasoned tech entrepreneurs and Blockchain developers – including one expert who previously worked as a consultant for IBM.