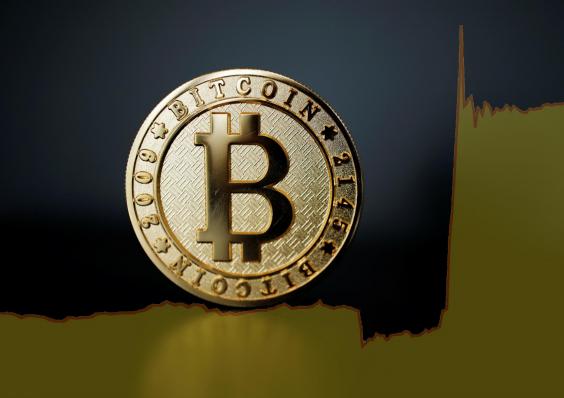 Bitcoin’s recent value surge has led to a flurry of price predictions from experts and analysts, with some suggesting “crazy” gains for the cryptocurrency in 2018 and beyond.

One of the most ambitious forecasts came from billionaire investor Tim Draper, who made his fortune through early investments in internet companies like Twitter and Skype. Mr Draper correctly predicted in 2014 that bitcoin’s price would rise from $300 to $10,000.

Bitcoin’s price at the time of writing is hovering around $8,000, according to CoinMarketCap, down from nearly $20,000 in late 2017. The latest price comes after a dramatic surge on 12 April that saw bitcoin’s value jump more than $1,000 in less than an hour.

This price trajectory is also anticipated by other analysts, who believe the significant price increases in April could trigger a bull phase in the market, meaning optimistic investors will drive up the value.

“Bitcoin deflationary characteristics are an indication that in the long run, the market is bullish,” Rodrigo Marques, CEO of cryptocurrency investment platform Atlas Quantum, told The Independent.

“We believe the price could be set to go up and have the potential to reach December 2017 levels again.”

Olga Feldmeier, CEO of fintech firm Smart Valor, puts the timeline on reaching this price as less than eight months from now.

“I believe that we will see a comeback to the height achieved at the end of 2017 this year,” Ms Feldmeier said. “Over the next two years I still predict we could see it reach a value of $100,000.”

Some well known figures in the cryptocurrency space have been even more optimistic about bitcoin’s future, with cybersecurity pioneer John McAfee stating in November 2017 that bitcoin would hit $1 million by 2020.

Mr McAfee, who founded the eponymous antivirus company and now works at MGT Capital Investments, said he was so confident in his prediction that he would “eat his d**k on national television” if it proved to be untrue.

The bullish predictions have been spurred on by recent positive news surrounding the cryptocurrency. This week an Islamic scholar declared that bitcoin was a legitimate currency and therefore considered halal under Sharia law.

This could potentially open up the market to 1.6 billion Muslims around the world who could drive investment and help sustain recent gains.