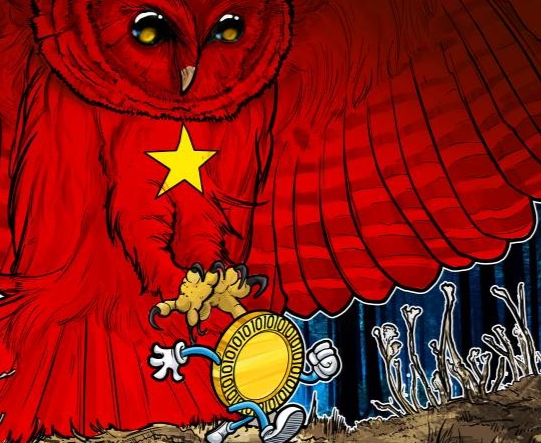 Vietnamese Prime Minister Nguyen Xuan Phuc has urged government and financial bodies to toughen the “management of activities related to Bitcoin and other cryptocurrencies,” in a government directive issued Friday, April 13, following reports of a major ICO scam in the country this week.

“Cryptocurrency investment and trading and raising money through initial coin offerings are evolving in a more complicated manner,” the government warned. These developments pose risks not only to finance, but to the country’s social order, it added.

Reuters further reports this week that the prime minister ordered the State Bank of Vietnam to crack down on all crypto-related financial services, as well as urging the Ministry of Justice to complete a legal framework for the management of virtual currencies and assets.

The move follows reports of what could be the largest crypto fraud in history if proven true, with allegations that Vietnam-based Modern Tech swindled 32,000 investors out of 15 trln dong ($658 mln) in an ICO involving sales of Ifan and Pincoin, two ECR-20 tokens.

A lack of hard currency payouts prompted a demonstration outside Modern Tech’s Ho Chi Minh City headquarters on April 8. The cellphone of the company’s chief director, Ho Xuan Van, was switched off on April 11, according to Reuters.

Le Dong Phong, the police chief of Ho Chin Minh City, said the authorities were waiting for alleged victims to file official accusations before launching an investigation. “All cryptocurrencies and transactions in cryptocurrencies are illegal in Vietnam,” he emphasized.