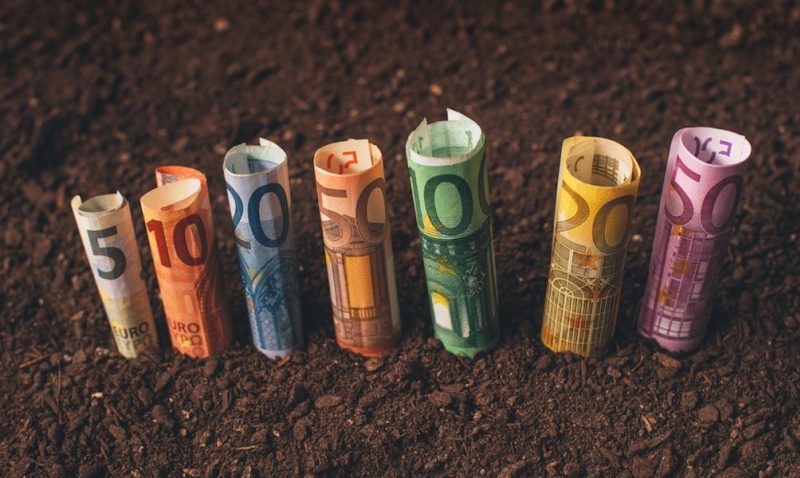 Ethereum (ETH) was obviously going for a major downfall with the most recent and at the same time the toughest market crash of 2018, although ETH was previously blooming while trading at pretty benevolent rates with only occasional drops in its price. For a long time, it seemed as if Ethereum just won’t be able to pull off a decent rebound, but then a long-awaited app that finally arrived at the Ether network. Let’s see how Ethereum is doing these days and how this app affected ETH to start rising against the odds.

That is how Golem came into the picture just at the right time, potentially representing one of the reasons behind Ethereum’s successful rebound.

Golem GNT has been worked on for 2 years straight, so it is needless to say that this application was long-awaited by many. However, for Ethereum, this app was launched in the right hour. Golem is actually an application that is smartly called the Airbnb for computers. This is the case because just like Airbnb is helping all users find hotels and restaurants, that is how Golem is helping its users find free CPU that they can rent in exchange for GNT cryptocurrency.

Golem was also one of the first ICO to have decided to go for using ETH currency for their first initial coin offering sale. The name of their token is GNT, and during the first token sale ever to be organized and hosted by Golem, GNT has managed to collect 820.000 ETH in the course of only 8 minutes, which is approximately 8$ dollars in accordance with the price of Ethereum ETH at the given moment.

So, Golem application will be operating on Ether network as it has just been launched on its main net. Golem will be operating in a decentralized environment without the third parties taking their cut from the services provided and the main purpose of this app is to help CPU offers find their way towards users who would like to rent CPU at a fair price and in exchange for cryptocurrency that should be processed in a matter of seconds.

All users working with Golem application will be paid in GNT tokens that they can exchange for other currencies or get involved with trading where possible. There are currently over 800 million of GNT tokens in circulation, and given the fact that Ethereum is the force powering up this handy app, there was something it for ETH as well.

The launching of Golem GNT was probably one of the main reasons why Ethereum managed to get back to and beyond the value of 400$ per one unit. Thanks to having this app being launched at the right time, Ethereum was able to acquire a pretty flattering rate of growth in the last couple of days.

Ethereum ETH and the Market

Ethereum is going beyond the price of 400$, easily going up towards an amazing case of rebounding. After having a troublesome time while trying to pull off a rebound that would help ETH cut on its losses and forget about the market crash, Ethereum is finally going up against the dollar, which means that ETH is trading in the green.

After the latest change in the market, Ethereum started to trade in the green where this currency was pushed a bit by the recently launched Golem GNT app that was actually one of the first ICOs to use ETH for their first token sale.

The most recent change in the crypto market made ETH go up for 9.71% against the dollar. However, since Bitcoin is rising as well, Ethereum (ETH) is trading in the red against BTC for -1.93%, which is a sign of a minor difference in the pace of growth between these two currencies.

The latest increase in its price made ETH worth 460.40$ per one unit. ETH’s all-time high was marked back on January 14th when Ethereum was being traded at the price of 1377$ per one unit. That being said, ETH is still far from reaching its record price, however, in case ETH continues with the same pace of growth without too many “outbursts” on the market, we can see this currency getting back to its record in the following months.

In order to do so, Ethereum (ETH) would need to find a way to somehow establish a higher level of stability in the market.