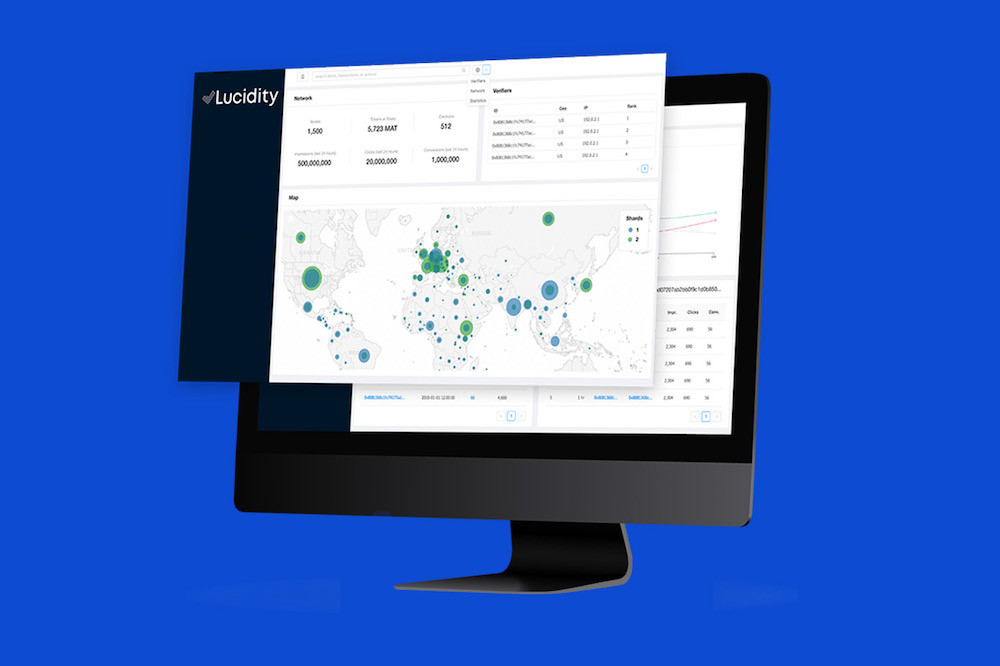 Sam Kim, co-founder and CEO of Lucidity, said blockchain technology offers a solution to cut down on fraud and bring more transparency to digital advertising.

Kim was previously chief operating officer at The Mobile Majority, a mobile ad company where he said he saw the challenges of reconciling the data used by different parts of the ad supply chain. So at Lucidity, his team has created technology on the Ethereum blockchain for smart contracts that track this data across the ecosystem.

“What we’ve built is a protocol for industry participants to come to a consensus about what events are valid and what are invalid,” he said. “We allow all the participants trafficking that ad to submit that data … so that basically becomes a single source of truth across the industry.”

On top of the protocol, Lucidity has created products focused on specific issues. There’s one around fee transparency, where every participant in the supply chain submits the information about the fee they charged and verification that they actually ran the impression, which Kim said could replace a drawn-out reconciliation process. And there’s another product for confirming publisher identity and flagging fake bid requests.

When I asked whether ad platforms and publishers will feel comfortable sharing this data in a new way, Kim said, “As an industry, there’s a lot of pressure from the advertisers to become more transparent.”

“The way we designed it, it will benefit those who are honest and transparent,” he added. “Those who aren’t, it’ll be harmful to them. We expect to see adoption from those who are completely transparent and honest, and hopefully drive the industry in that direction.”

As for potential privacy concerns, Kim noted that Lucidity doesn’t currently include consumer data. That could change in the future, but if it does, Kim said it would be done in a way that ensured “privacy was addressed.”

Lucidity has been in beta testing since earlier this year, and it’s already signed up partners from the ad world including Audience Group and Digital Remedy.

Kim said the goal is to get “the benefits of the blockchain — disintermediation, transparency and trust — but deployed in a way that’s not cumbersome and difficult for the current players.” So if you’re an advertiser, you don’t need to worry too much about the underlying technology; you just get a dashboard with the data you want.

The startup was previously known as Kr8os (from the Greek word kratos, which was one of the ingredients for democracy). Today it’s rebranding as Lucidity.

“We’d been thinking about the rebrand for some time,” Kim said. “Kr8os is a process we used to ultimately drive our vision for Lucidity.”