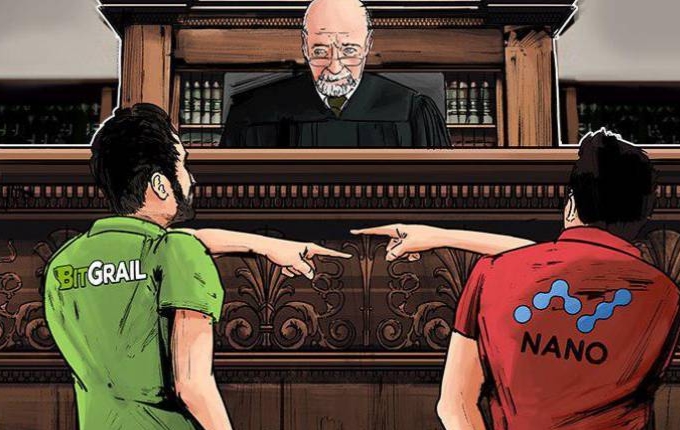 The Nano Foundation has announced it will sponsor a legal fund to provide all victims of the hack of cryptocurrency exchange BitGrail with equal access to representation and pursue their legal interests associated with BitGrail’s insolvency, according to a Nano Foundation blog post April 9.

In February, the Italy-based digital currency exchange BitGrail suffered a loss of one of its hosted tokens, Nano, and afterwards froze trading. The trading platform claimed that 17 mln Nano had been stolen in the hack, amounting to about $187 mln at the time the losses were detected.

To ensure all victims would receive proper legal support and have a chance to recover their assets, the Nano team reportedly contacted Espen Enger at the end of February to launch a legal fund. At the time Enger represented the interests of almost 600 BitGrail hack victims . Shortly after, the Nano team also contacted the Italian law firm of Bonelli Erede, which collaborated with Mr. Enger. Nano Foundation stated in the announcement:

As a result, we are announcing today that Nano will be matching the contributions of the victims to the legal fund established by Mr. Enger — including both past and future donations, for up to $1 mln — with a goal of establishing a total legal fund valued at $2 mln.”

According to the blog post, the victims represented by Espen Enger have managed to raise more than $300,000 in different currencies, including over 53,000 Nano, on their own. With the donation from the Nano Foundation, the sum will double to a value of over $600,000. The company claims that outside of making donations, the foundation will not have any access to or control over the funds.

The Nano Foundation stated in the announcement that all reliable evidence they had reviewed “continues to point to a bug in BitGrail’s exchange software as the reason for the loss of funds.” Meanwhile, BitGrail denies the responsibility for the security breach, insisting the fault lies in Nano’s software.