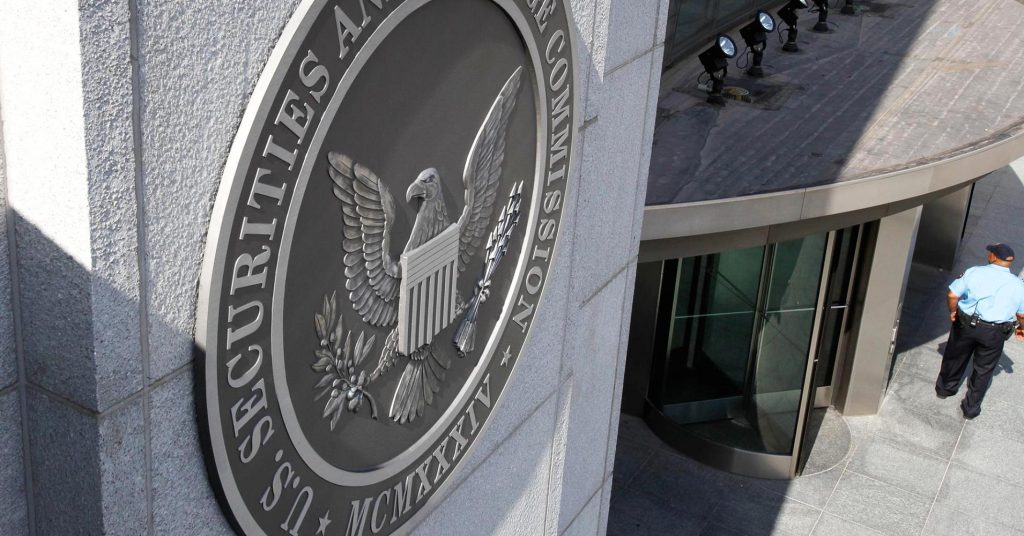 In a fraud complaint unsealed today, the Securities and Exchange Commission asked a federal judge in Manhattan to freeze $27 million that the agency says are proceeds from illegal sales of shares in LongFin (ticker: LFIN), a company whose December initial offering was a supposed success story for the shortcut “mini-IPO” rules known as Reg A+.

The Nasdaq-listed stock shot from 5 bucks to 142 in its first three days of trading, after LongFin said it was acquiring a purported cryptocurrency business from LongFin’s chief executive Venkata Meenavalli. Following today’s unsealing of the SEC’s April 4 complaint, Nasdaq halted LongFin shares, which had risen almost 50% today to $28.19.

The complaint alleges that Meenavalli and three other insiders sold $27 million in unregistered LongFin stock amid the frenzy for businesses claiming products using blockchain technology, which also underlies the cryptocurrency Bitcoin. Over $25 million of those allegedly illegal profits were made by a LongFin stock promoter named Amro Altahwi, who calls himself “Andy Altahawi” and featured in a recent Barron’s story on Reg A+ stocks, including LongFin and a company headed by Altahwi’s 22-year-old son. The elder Altahwi consulted on more than 20 Reg A+ deals, we reported, and claimed a PhD from a notorious London diploma mill. The SEC’s investigation of LongFin, Meenavalli and Andy Altahawi was revealed in a story in The Wall Street Journal on Monday. Meenavilli appeared on CNBC Wednesday and vowed to fight a conspiracy of short sellers.

The Dec. 15 announcement that sent LongFin stock soaring 2,662%, to a $6 billion market cap, was the company’s acquisition of the “blockchain-empowered solutions provider” Ziddu.com from CEO Meenavalli — even though, the SEC alleges, Ziddu was only a trademark and a website without revenue. LongFin valued the acquisition at zero dollars.

In March, FTSE Russell added LongFin to both the Russell 2000 Index and the Russell 3000 Index, then abruptly reversed the move, saying the index additions had been a mistake.

Along with Meenavalli and Altahwi, the SEC sued Suresh Tammineedi and Dorababu Penumarthi, two associates of LongFin’s CEO. The two allegedly sold over $2.8 million in unregistered LongFin stock they got, without paying, from LongFin and its CEO Meenavalli. As of Friday noon, neither the company nor the individual defendants had made public statements about the SEC allegations.

[After trading hours on Friday, Longfin said in a press release that it was told by Nasdaq that trading will remain halted until Longfin supplies additional information to the exchange. The company said it will “fully comply” with Nasdaq’s information request and also “fully cooperate” with the SEC’s civil complaint and asset freeze.]