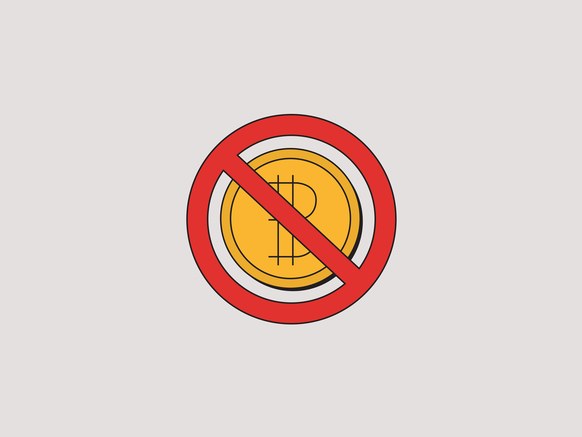 CRYPTOCURRENCY STARTUP FOUNDERS who want to advertise their new companies can no longer rely on the internet’s largest platforms to help spread their message. In January, Facebook announced it was banning ads that are “frequently associated with misleading or deceptive practices” including initial coin offerings and cryptocurrencies. Other platforms quickly followed suit; now, nearly all of the web’s most trafficked sites forbid cryptocurrency advertising. But entrepreneurs and researchers committed to the future of blockchain tech largely say they’re getting along just fine—and that the ban might even be a good thing.

In March, Google also announced a cryptocurrency crackdown that will go into effect in June across all of its platforms. Snap, Twitter, and MailChimp soon followed. And Reddit has been banning cryptocurrency ads since 2016. At this point, if you’re interested in advertising a cryptocurrency startup, your best bet might be word of mouth.

Advertising platforms like Google and Facebook have good reason to want to ban ads for cryptocurrencies and initial coin offerings, opportunities for investors to buy the tokens that power a blockchain application at a lower, early-bird price. ICOs and other cryptocurrency investment schemes are largely unregulated, and have repeatedly attracted scammers interested in ripping off unsuspecting investors. While many blockchain startups are legitimately trying to build a business using the new technology, some simply want to make a buck off the hype that comes with it.

The Securities and Exchange Commission has also indicated that many token sales are likely securities and need to be registered with the agency. By blanket banning them, advertising platforms shield themselves from the risk of promoting potentially illegal investment opportunities. On Monday for example, the SEC filed a complaint against the founders of Centra Tech Inc., a celebrity-endorsed blockchain startup, for orchestrating a fraudulent ICO. Criminal authorities separately charged and arrested the two men behind the company.

“I do think that, simply, platforms like Facebook and Google ultimately want to be seen as good corporate citizens,” says Jerry Brito, the executive director of Coin Center, a non-profit research center that focuses on policy issues surrounding cryptocurrencies. “When there is an issue of investor protection that regulators in Congress have been vocal about, they are going to feel like they want to address that.”

But the blanket ban across the internet’s largest advertising platforms largely doesn’t differentiate between promising startups and outright frauds. Even well-intentioned ICOs can’t use Facebook or Google—which together control over half of the online US advertising market—to get the word out.

That can feel particularly punitive when you consider that Google itself is reportedly exploring blockchain technology, and plenty of reputable companies and organizations like the United Nations and IBM are investing in it too. Facebook has also reportedly permitted other scam-ridden industries, like the diet pill business, to utilize its advertising platform unhindered.

Paolo Tasca, an Italian economist and the executive director of University College London’s Centre for Blockchain Technology, says these platforms aren’t very willing to give a voice to decentralized blockchain companies. “If the tech giants that are in control of the majority of our data in a centralized fashion are really willing to take this direction—which is against this kind of decentralized model—it’s a really a bad method,” he says.

Tasca says that there are scams in every industry, and that there likely isn’t a disproportionate number in the cryptocurrency space. He also argues that unlike other businesses, cryptocurrency startups usually release a detailed white paper explaining their practices, and are subject to consistent feedback and scrutiny from investors. Tasca also says that ICOs are becoming more mature, and are beginning to include new safety tools, like a tracker that can detect whether an investor’s cryptocurrency wallet address is potentially associated with illegally funneled funds. In other words, the advertising ban feels like it arrived after the worst of the ICO scams have potentially already passed.

“I do think these bans have been in reaction to the ICO boom, and the ICO boom has been driven by a lot of scams and outright frauds that basically use these platforms to market token sales that quite frankly are probably not really meant to be raising funds for a real product,” says Brito. “Ultimately though I think this ICO boom fizzles, the way it seems to be doing, simply because there’s irrational exuberance there.”

The other concern: that a blanket ban from leading tech companies can still send the wrong message about cryptocurrencies to the general public. “The average person will read into your blanket ban an implication that you have a judgment about crypto technology broadly which you don’t, you’re just trying to address bad actors,” says Brito.

While the advertising ban can feel unfair, some blockchain startup founders welcome it, arguing that it largely serves to weed out bad actors in the space, rather than punish legitimate startups. “The only people who are going to be worried are the people who don’t have good intentions,” says Arran Stewart, the co-owner of Job.com, a recruiting platform that utilizes blockchain technology. “If you allow these bad apples to remain, you lose consumer confidence from the masses.”

Stewart says he relies on private networks and word of mouth to promote his Singapore-based business. “These are very sophisticated platforms, they completely understand the crypto market, they are genuinely looking out for the best interests of their users. I greatly admire them for that,” says Stewart of companies that have banned cryptocurrency advertising. Catheryne Nicholson, the CEO of BlockCypher, a company that provides infrastructure for blockchain applications, largely agrees.

“I think the ad banning is a good thing at the moment,” says Nicholson. “There are too many scams happening, especially with ICOs. The scams can be hard to detect. You have to dig in, know what to look for, and ask lots of questions. Even then, you can still be duped. Spoofing a website or payment address is very common and easy to do.”

Amanda Gutterman, the chief marketing officer of ConsenSys, a group of over 700 technologists building applications and infrastructure on the Ethereum blockchain, also views scams as a serious problem in the blockchain industry. “The enthusiasm for our nascent space has, along with many high-quality projects with incredible teams behind them, brought in some bad and fraudulent actors,” she says. “ConsenSys has itself been the target of phishing scams, so I understand the concerns of various social platforms and tool. It is unfortunate when these concerns lead to blanket bans.”

Legitimate ICOs also often raise funds from accredited investors rather than mom-and-pop shops, or casual cryptocurrency followers. And platforms like Twitter also still allow blockchain companies to advertise, just not for their initial coin offering. In the long run, barring shady ICOs and “crypto geniuses” from spreading their messages on Facebook, Google, and elsewhere might actually help the industry.

“I don’t think the ad banning will have much effect on the future of the technology,” says Nicholson. “That will continue to march ahead. Less scams would be a good thing, though.”