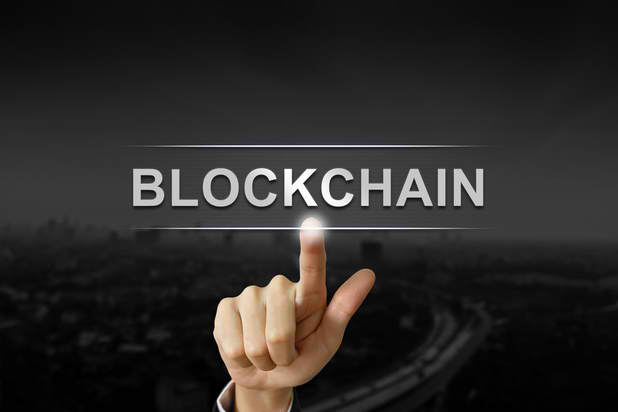 From using an app to order your morning latte to reading an eBook before bed, we’re living more of our days — and our lives — online. As digital footprints grow and cyber infrastructures mature, more industries are exploring potential uses for blockchain. Blockchain is shared ledger technology for recording transactions and protecting the integrity of digital information.

HOW DOES IT WORK?

Imagine having a ledger book and inputting all relevant data about a purchase. Instead of sliding that ledger onto your bookshelf, you make it public and give a tiny piece of it to hundreds of others. The ledger can be seen as a data, but it is secure due to its advanced encryption. Blockchain is that distributed ledger, and it is not housed on one server. No one person or one server contains it. It is fundamentally decentralized.

Let’s say you want to buy a new track from your favorite band. You’d buy the digital file online using your Visa card. Visa would store that transaction, and the place you are purchasing the music from would store it. It would then be housed in two locations. On a blockchain, the transactional information doesn’t live in only two locations, it lives in hundreds, thousands, or even millions of places — living on the peer-to-peer computers running the blockchain encryption. A blockchain system replaces human guesswork and vulnerability of digital transactions with algorithms and advanced cryptography. It’s harder to hack. It’s a whole new way of thinking and a brand new method for securing digital information.

To recap: Blockchain creates a permanent record of digital transactions; it stays secure because the data is verified and encrypted. Blockchain operates on a decentralized peer-to-peer network, and its model is scalable. The blockchain’s digital ledger can be viewed and distributed, but it cannot be altered.

In a time when even SSL-protected environments are breached, blockchain’s transparent, decentralized approach to cybersecurity is increasingly attractive, according to Mike Walker, research director at global intelligence firm Gartner Research. Walker views blockchain as a “potentially transformative digital platform.”

Walker, also an author of Gartner’s “Hype Cycle for Emerging Technologies 2017,” explained that blockchain’s traceability is another element of its growing appeal. “The Honduras government will use blockchain to secure land titles,” he said. Other use cases for the digital ledger include blockchain-enabled voting machines, online music payments, asset transfer, and cloud storage. Samsung SDS blockchain technology will work to bring more transparency to the city of Seoul. From to charity giving to insurance markets, any industry using all-digital assets is poised for disruption by blockchain.

The technology was created to support the cryptocurrency Bitcoin, and its peer-to-peer model is best suited for similarly digital-only ecosystems.

“First-order applications for blockchain are purely digital,” explained professor Christian Catalini, founder of the MIT Cryptoeconomics Lab at the MIT Sloan School of Management. The reason we see it at scale in the financial sector, supporting online banking and accounting, is because “blockchain is good at digital verification,” he said.

WILL ALL INDUSTRIES BENEFIT?

Beyond the financial sector, blockchain is a candidate for any application that relies on digital value transactions. New sectors embracing blockchain are supply chain management and logistics, “file storage, data storage, bandwidth, and even electricity grids,” according to Catalini. “File storage online is easy to meter and measure,” he explained, and therefore an appropriate application for blockchain.

Gartner Research suggests that the “blockchain revolution promises to touch every industry,” but the realities are nuanced. While we see this technology being embraced to support auditable voting, currency, software, and digital data transactions, the all-digital nature of these ecosystems is why blockchain is both feasible, scalable, and makes economic sense. Where there is mix of physical data and digital data, however, requiring users to port information stored offline into an online system, blockchain’s adoption will take more time. Sectors such as education and healthcare are increasingly interested in blockchain — deploying pilots and experiments — but the evolution will be slower.

Established heavyweights and startups alike are exploring ways to leverage this technology to solve problems. Dell EMC Global CTO John Roese said that blockchain has “forced us to rethink how we deal with sharing technology and how we develop database architectures.” Google, IBM, Cisco, Bosch, and Oracle are a few notable examples of companies who have joined blockchain alliances, pilot programs, or are pursuing proprietary solutions of their own.

ONE CHAIN TO RULE THEM ALL?

Blockchain is available in open-source platforms and it offers quantifiable benefits for all-digital environments, but don’t mistake it for the panacea, warned a 2017 report from Tractica, a market intelligence firm that focuses on human interaction with technology. In that same report, Tractica analysts urged businesses to “avoid jumping on the blockchain bandwagon and instead view blockchain as a series of technological modules and concepts to selectively choose, apply, and/or complement other emerging technology trends.”

Blockchain also has limits beyond the digital-only prerequisite. A diversity of nodes will help defend against the so-called “51 percent” attacks that could compromise blockchain-supported data. A “51 percent attack,” according to “Coindesk” author Frederick Reese, “would find a single entity introducing a version of the blockchain that it controls and is accepted as valid.” But on one small college campus or in one building, is therequired physical diversity of blockchain peers possible? What makes it an ideal platform to scale may also limit it for smaller use cases.

While blockchain is already disrupting the financial sector, perhaps its greatest promise is how it radically reimagines a digital information infrastructure. With its decentralized, broadly distributed model, the immutability of its transactions, and vetting of online identities, blockchain builds trust into the very architecture of its system.

Blockchain may not be the right fit for every industry, nor is it an immediate answer to the question of how to safeguard digital information, but its paradigm shift is already inspiring next-level innovation.