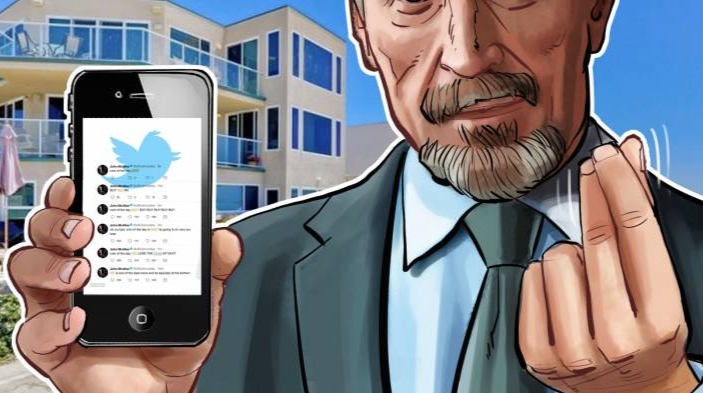 John McAfee, computer programmer and founder of the eponymous antivirus software, who drew his focus toward digital currency over recent years, disclosed that he charges $105,000 per tweet to promote cryptocurrency projects and products.

Last week, McAfee tweeted that the McAfee Crypto Team team has produced and published a guide on how the promotional tweets work on their website. The Team is a marketing agency for promoting initial coin offerings (ICO) and other projects in the cryptocurrency industry. 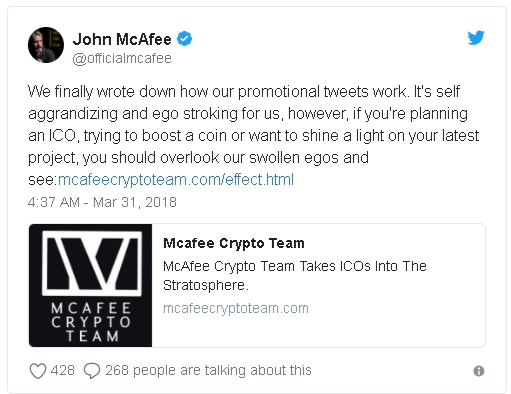 According to data provided in the guide, a series of polls carried out by McAfee reveals that 259,000 of his followers on Twitter “have more than 50 percent of their total assets in cryptocurrencies” and 224,000 followers represent “at a minimum, $4.48 bln in crypto investments.”

McAfee’s website offers a simple calculation of dividing the cost per tweet, $105,000, by McAfee’s 810,000 Twitter followers to assure potential clients that the “cost per investor reached” is no more than $0.13, claiming, “This is orders of magnitude less than any other approach.” McAfee allegedly promotes only those products and services that he “truly believes in”. “

Notably, when asked in an interview with Cointelegraph in January 2018 whether anyone had tried to pay him for promoting their project, McAfee responded negatively and evaded the question:

I would say definitely they tried to pay me. I’m not going to talk about my personal finances where I make my money or from who. I set up on stage as it’s my business and it should be everybody’s business. And actually, I think it’s rude to even ask such questions of people. No offense.”