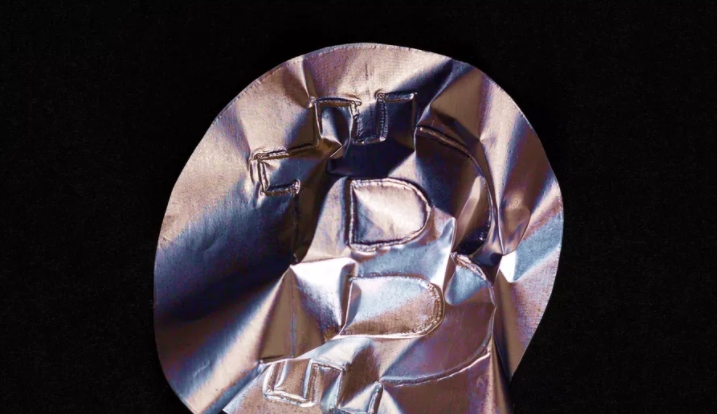 Jason Powell, a real estate broker and Democrat who has served in the Tennessee State Legislature for six years, became interested in cryptocurrencies in 2017 as the price of Bitcoin was spiking. Around the same time, he was hearing that an exciting new innovation called blockchain, the data structure for shared recordkeeping that underpins Bitcoin, was poised to create “incredible opportunities” in the real estate industry. In January, he introduced a bill to help bring the burgeoning blockchain industry to Tennessee.

The bill, which was signed by the governor on March 22nd, declares that records on a blockchain are considered electronic records, signatures using a blockchain are considered electronic signatures, and a contract will not be invalidated simply because it employs a so-called smart contract at some step of the process. This was arguably an unnecessary law, akin to saying that a record created with Microsoft Word or Google Docs is still an electronic record, but Rep. Powell called it a “small but important step.”

“It shows that our state is supportive of blockchain,” Rep. Powell told me, “and we’ll do what we can to encourage and promote businesses who are already in this space or are interested in it to set up shop here or continue to thrive.”

The blockchain laws range from the creation of task forces to study the technology to tautologies like Tennessee’s to more substantive initiatives like Wyoming’s decree that some cryptocurrencies issued on a blockchain will not be regulated under state securities law. But they all share a common goal: encouraging blockchain companies to bring their high-paying jobs to the state.

According to the blockchain and cryptocurrency news site CoinDesk, more than $2.4 billion in venture capital has poured into blockchain companies since 2012. Blockchain developer jobs pay $130,000 to $150,000 a year, and demand for employees with those skills is growing, according to ComputerWorld, but the jobs are still concentrated in high-tech regions like Boston and Silicon Valley. The hope is that by passing legislation, states will get noticed by blockchain companies looking to set up a headquarters or local office.

The blockchain legislation trend seems to be accelerating. A search for “blockchain” in the legislation-tracking database LegiScan pulls up five bills that were last acted on in 2017 and 19 that were acted on in 2018. Hawaii, New York, Colorado, Nebraska, Vermont, Virginia, Florida, Maryland, and North Dakota are among the states considering bills around blockchain or cryptocurrencies.

“I think it is a massive trend,” said Angela Walch, an associate professor at St. Mary’s University School of Law and research fellow at the Centre for Blockchain Technologies at University College London. “Almost every day I see something new.”

Walch has written extensively about the slipperiness of defining terms like “blockchain” in legislation before the technology and terminology has had time to coalesce. Her scrutiny of definitions in state laws has also led her to conclude that many lawmakers are passing these bills without truly understanding the technology.

She combed through the Tennessee law, pointing out oddities like the use of “execute” in two different ways within paragraphs of one another: one to mean a computer program executing; the other seemingly refers to the execution, as in satisfaction, of a contract. “We still have a lot of buzzwords that are ambiguous in the statute,” she said. “It looks to me like they threw kind of the kitchen sink into the distributed ledger technology definition. They just put a bunch of words in there hoping that they covered everything.”

Walch doesn’t think the Tennessee bill is likely to do any harm to the public, although it may create confusion for the courts in the future. She’s more worried about what seems to be blind enthusiasm among lawmakers, which could lead them to be advocates for the technology with regulators and may result in the adoption of an immature technology for important social services.

Blockchains still face serious challenges around scaling and security in order to be competitive with centralized databases, and there is limited real-world data about them. Furthermore, there is widespread misunderstanding about what the tech can accomplish; claims that it is “immutable,” “secure,” and “trustless” are arguable and these features vary widely depending on the type of blockchain and how it’s implemented.

Some early blockchain projects have run into obstacles as expectations meet reality. A number of high-profile projects in the financial sector have stalled. “Basically, it became a solution in search of a problem,” an executive at one Wall Street services firm that had been trying to position itself as a leader in the technology told Reuters. Vermont was considering blockchain-based public recordkeeping, but a report found that a switch would have high costs and “very limited possible benefits.” (One benefit? Luring blockchain companies to Vermont “may result in some economic benefit to the state.”)

Still, governments have flirted with blockchains and related technologies for public services. In Illinois, the state undertook a pilot project that put land records on the Bitcoin blockchain. Illinois, Delaware, and the blockchain provider Hashed Health put together a presentation on the technology’s “transformational potential for Medicaid.” One bill in Colorado says the chief information security officer in the governor’s office of information technology is required to “annually assess the data systems of each public agency for the benefits and costs of adopting and applying distributed ledger technologies such as blockchains,” while a bill in Arizona would allow residents to pay income tax in bitcoin.

It’s unclear if passing blockchain-themed legislation actually draws blockchain startups seeking a place to settle. Wyoming has been the most aggressive in passing blockchain-friendly legislation, passing five laws: declaring that “utility tokens” would not be regulated under state securities laws, exempting cryptocurrencies from property taxes, adjusting its money transmitter regulation to accommodate cryptocurrency exchanges, allowing LLCs to register on a blockchain, and enabling the secretary of state to register companies on a blockchain.

“They’re clearly signaling that they want to be kind of putting out the welcome sign for blockchain and crypto companies, and it’s cool that Wyoming did that,” said John Bass, founder of Hashed Health, a Nashville-based company that proposes to improve aspects of health care using blockchains and distributed recordkeeping technology.

“Part of me worries that if a bunch of states come up with their own versions of these laws, then you’re going to have a very complicated environment for companies like ours,” he said. “I have mixed feelings about it.”

He’s concerned that states passing legislation will lead to a fractured regulatory environment and unintended consequences that could hurt blockchain companies. Most laws have definitions for terms like “blockchain” and “smart contract,” and those definitions could end up causing problems in the future, he said, if some future iteration of a blockchain or a smart contract doesn’t strictly meet the definition set out in the law. Instead, Coin Center hopes to get a money transmission licensing standard passed at the federal level.

“Now if we go down this road where we’re passing a different law for blockchains and smart contracts in every state, we could end up with a bunch of different standards and that would be terrible,” he said.

Back in Tennessee, Rep. Powell worked with Tara Aaron, a Nashville-based intellectual property transactions attorney, and the Tennessee Blockchain Alliance, which represents the blockchain community, to craft the language in the law. They ended up paring back some of the broader definitions, especially the language around smart contracts — which are not contracts in and of themselves, but a way to automate the enforcement of terms in a contract. Aaron acknowledged that blockchain records, signatures, and contracts were probably already valid under the existing law.

“This is not earth-shattering legislation,” says Aaron. “I don’t think anybody would tell you that it is. It was an effort to make it clear that Tennessee is open for business.”

She says she’s happy with how the bill turned out, although she is still a bit skeptical of the effort. “I don’t know that legislation is the best way to send a PR message,” she said. “I will reserve judgment on that because this is such a new thing.”

When the legislation was addressed in a legislative session on February 27th, 2018, one member asked Rep. Powell, “Can you just explain what we’re doing here, and dumb it down for me please?”

“Sure. So essentially this bill deals with distributed ledger technologies and also blockchain,” Rep. Powell said, then looked down and appeared to read from his notes. “So, blockchain is a data structure in a copy and paste digital world,” he read rapidly without inflection. “The blockchain’s innovation is certain transparent and verifiable digital uniqueness. Think of a blockchain as a transparent shared and secure ledger of time-stamped transactions. Each transaction is cryptographically connected to every previous transaction visibly recorded for every participant of the network to see.” He looked up. “In essence, what we’re doing here is saying any contract that’s within the blockchain, distributed ledger technology in Tennessee, is a valid contract under Tennessee law.” Even though the explanation was inscrutable, the legislator did not ask any follow-up questions. The law passed unanimously.