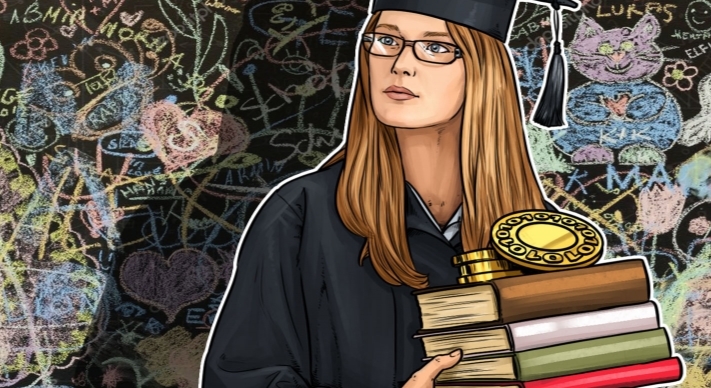 According to recent news media reports, US students and employees tend to deal with cryptocurrencies more often: college students use loan money to invest in digital currencies, while crypto industry workers get paid in cryptocurrency.

According to a survey conducted between March 16-20 by the Student Loan Report, 21.2 percent of college students have used loan money to fund cryptocurrency investment. The students were attempting to take advantage of upward price volatility in Bitcoin (BTC) or Ethereum (ETH) to pay off their debts faster.

Taking into account the fact that Bitcoin prices soared from $1,000 to $20,000 in 2017, the move might look like a good idea. However, using loan money for investing in an extremely volatile market could result in higher debt, especially when considering student loan interest rates.

The volatility does not appear to scare industry insiders who prefer to take their pay in cryptocurrency. CNBC reported March 26, that 52 employees of BitPay payment processor prefer to get their salaries fully in Bitcoin, without combining any part of their salary with fiat money.

Jeremie Beaudry, a regulatory affairs counsel at BitPay who is now being paid in Bitcoin on a weekly basis, says that he “[does not] really care about fluctuations… I am from the traditional banking world… But I think my approach to finance has changed. …Not being in it is worse than being involved in it. ”

According to CNBC, 40 percent of employees at cryptocurrency exchange and wallet service Coinbase take some fraction of their salaries in Bitcoin.

Last year, Medici fintech firm offered its employees to take an annual bonus in Bitcoin. Jonathan Johnson, president of Medici Ventures, noted that he only considers those funds as a long-term investment.

I am long-term bullish on it; that was an easy decision for me, but the bonus is worth less today than when I got it.”

According to Johnson, paying employees in cryptocurrencies should be “exponentially cheaper” than using the traditional banking system. Though there are a number of payroll companies that offered employers a scheme to pay workers in crypto, it is still “more about employees asking for the option than corporate treasurers trying to save money,” according to Nathalie McGrath, director of people at Coinbase.