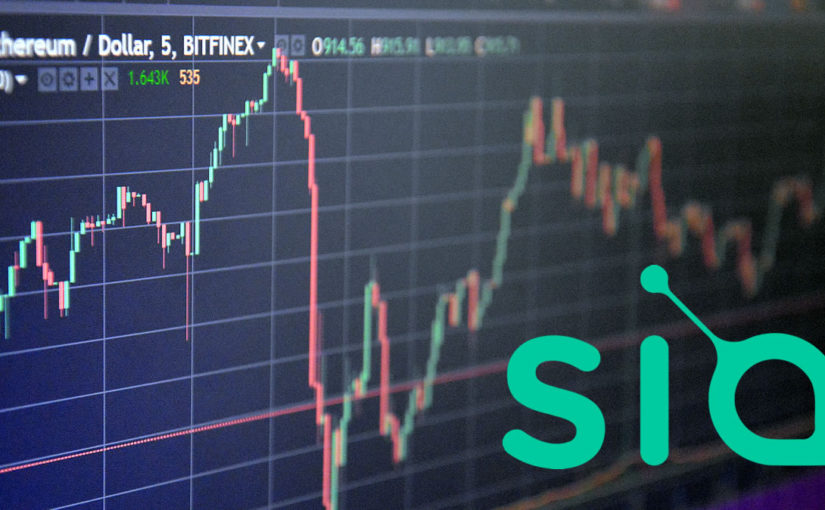 There has been very little momentum on the crypto markets over the weekend. A stalemate seems to be in place between the bulls and the bears. Bitcoin could not break resistance at $9,000 and has fallen back to around $8,500 where it has found support for the time being. Altcoins are all very lack luster during this morning’s Asian trading session and gains or losses are small. A couple of them seem to be doing a little better than the rest but they are out of the top 25.

Coinmarketcap reports that Siacoin is trading 11.4% higher this morning; it is the only altcoin in double figures in the top 35. SC has been around for quite a long time, it is currently trading at $0.015 up from $0.013 this time yesterday, these are small increments but it is outperforming all of the others at the moment. Siacoin has enjoyed a good week trading 38% higher than this time last Monday. The monthly picture is not as pretty as this token has slid 32% from $0.022 this time last month. In terms of Bitcoin SC is 12% up today at 176 satoshis from 157 sats this time yesterday. The all-time high for Siacoin was in early January when it reached 644 satoshis or $0.10.

This storage sharing based altcoin uses the blockchain to provide secure, decentralized data storage solutions. The only thing of note on their Twitter feed is a message stating “Video streaming over localhost will be released in Sia v1.3.3, our next update!” however this is unlikely to have prompted any price action. Siacoin is traded mostly on Bittrex which has 50% of the daily volume. Over the past 24 hours $17.5 million or 2,076 BTC has been traded in SC, its market cap currently stands at just under $500 million ranking the coin at 31st position.

One of the few other altcoins that is trading higher today is Ontology which is up 23.5%. ONT is the token for a distributed trust collaboration platform which provides new high-performance public blockchains that include a series of complete distributed ledgers and smart contract systems. Waltonchain is also having a good morning, up 13%, as is Ethos and Factom. All of the high market cap coins though are trading sideways in Asia this morning.