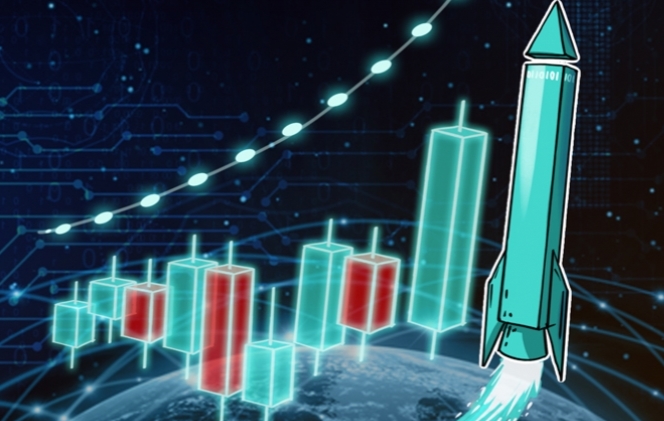 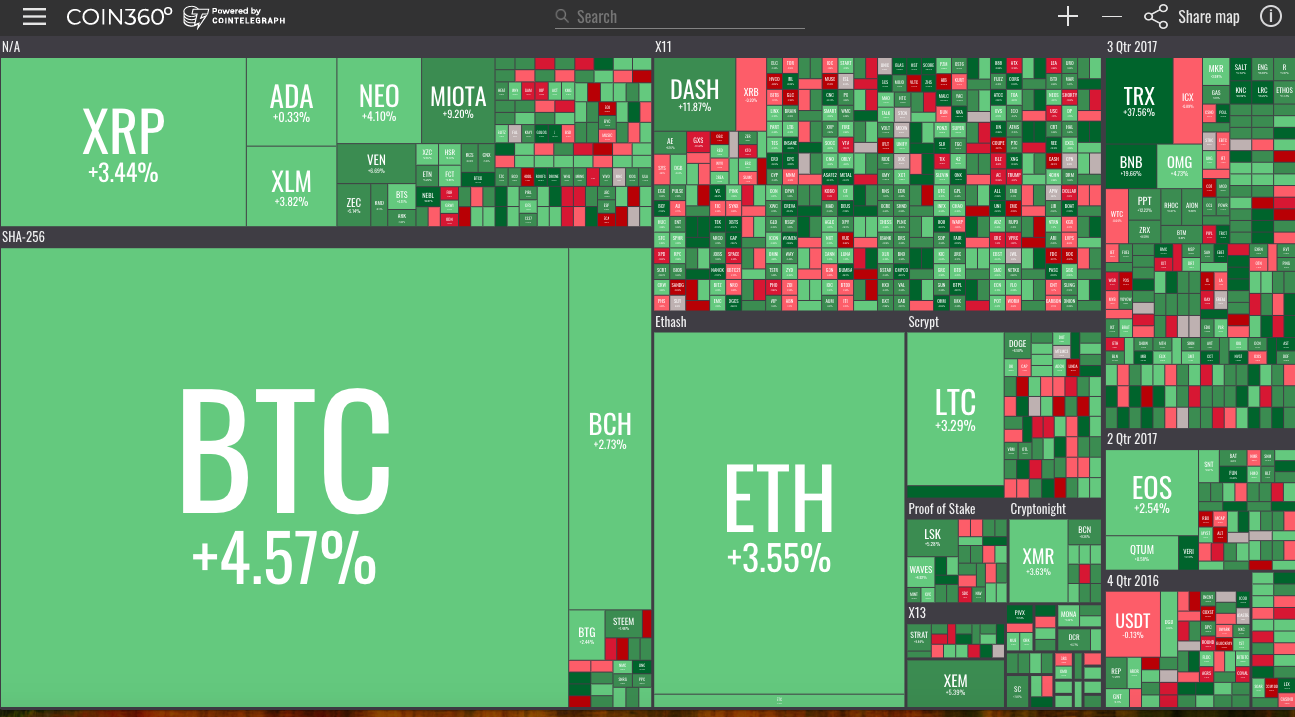 On March 21, CEO of both Twitter and Square Jack Dorsey said that he sees Bitcoin as the world and Internet’s future – singular – currency, potentially what caused BTC’s price to break $9,000 that same day.

However, just the next day, March 22, Bitcoin prices dropped again below $9K, and altcoins followed, after some uncertainty surrounding cryptocurrency exchange Binance – who received a notice from the Japanese Financial Services Authority (FSA) for being unregistered and then announced it was moving to Malta – unsettled markets. Bitcoin is currently up a little over 4.5 percent on the day, trading at an average of $8,980 to press time.

Ethereum (ETH) has remained below $600 all week, after a March 18 sharp fall brought its price to a multi-month low below $500. ETH has regained a bit over 17 percent since the drop, currently trading at $540, up 2.71 percent to press time. 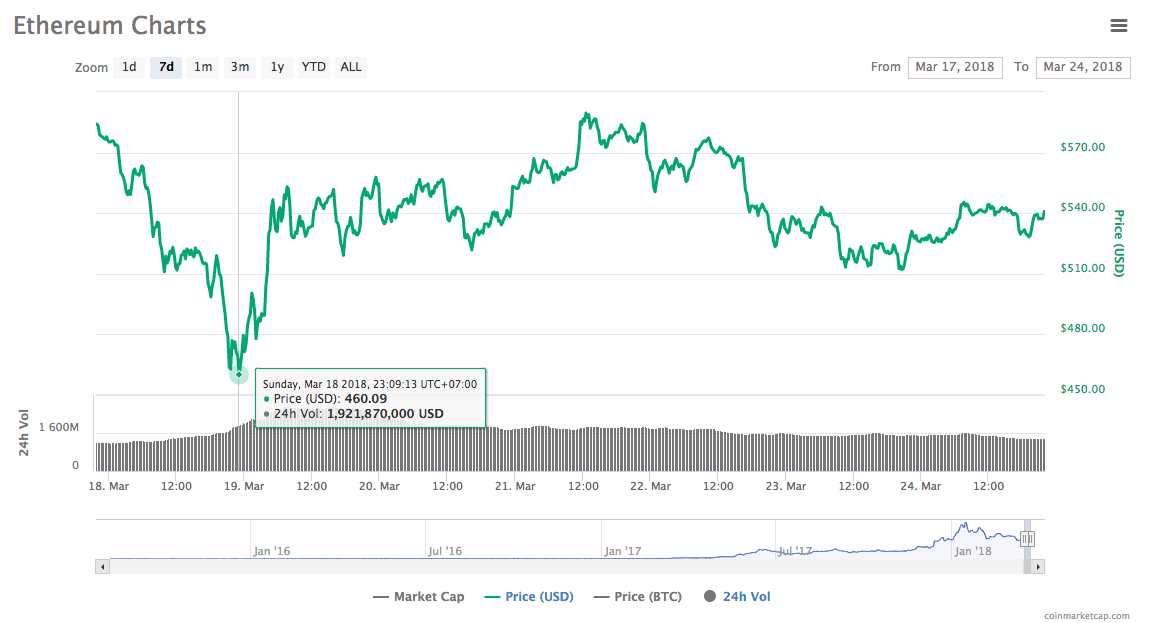 Of the top ten coins listed on CoinMarketCap, IOTA, which holds tenth place, is up the most at about 8 percent over a 24 hour period, trading at around $1.40 by press time.