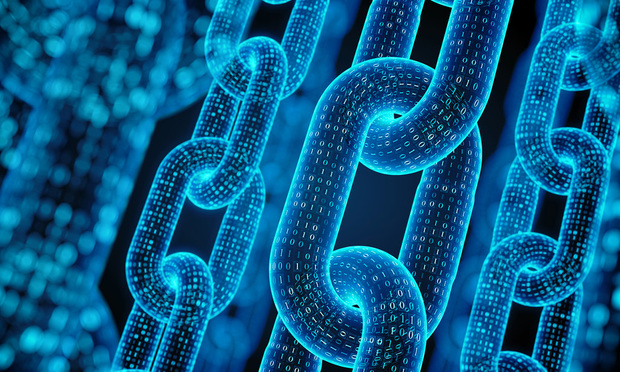 Enthusiasm for blockchain technology in the financial services industry seems to be ebbing.

JPMorgan Chase, which developed its own open-source distributed ledger, Quorum, was rumored on Thursday to be spinning off the Quorum unit into a separate company.

Unnamed sources told the Financial Times that “some rival banks may have been reluctant to use Quorum because it was so closely associated with JPMorgan, leading the U.S. bank to conclude that its chances of becoming the industry standard were greater as a standalone entity.”

JPMorgan Chase declined requests for an interview. A spokeswoman did not deny the report but defended Quorum and reiterated JPMorgan’s commitment to the underlying technology.

“We continue to believe distributed ledger technology will play a transformative role in business, which is why we are actively building multiple blockchain solutions,” she said. “Quorum has become an extremely successful enterprise platform even beyond financial services, and we’re excited about its potential.”

The bank shared a list of projects in the works based on the Quorum technology, including the Interbank Information Network it announced in October. This is an initiative in which it’s working with Royal Bank of Canada and Australia and New Zealand Banking Group to use blockchain technology to handle global payments.

In another example, ING is working with the global merchant Louis Dreyfus Co., ABN Amro and Societe Generale to create a Quorum-based blockchain for agricultural commodities. The companies say they have already handled a shipment of soybeans from Louis Dreyfus to the Chinese buyer Shandong Bohi with no paper contracts, certificates or manual checks — at five times the speed of a paper-based trade.

There are a few other scattered examples of blockchain projects in the financial services industry.

Northern Trust a year ago developed a distributed ledger based on the Linux Foundation’s Hyperledger Fabric that handles private-equity deals in Guernsey, one of the Channel Islands. So far, one Swiss client is using it. The bank says this is on purpose, as it is still building out additional features for the platform.

The Depository Trust & Clearing Corp. is working to put its credit default swap warehouse on a distributed ledger based on Hyperledger Fabric starting in the first quarter of 2019.

“If anyone is going to disrupt DTCC in the future, it’s going to be us,” Michael Bodson, CEO of the DTCC, said at the group’s Fintech Symposium on Thursday. “That’s why we’ve taken the lead in advancing the use of distributed ledger technology.”

The group is also working with Digital Asset Holdings and R3 to figure out where their technologies might make sense for the various things the DTCC does.

Otherwise, blockchain activity in the banking industry is hope, talk and proofs of concept, but little in live production mode.

When asked about their top concerns about blockchain technology, bankers and capital markets executives in attendance at the DTCC’s symposium cited lack of an obvious business purpose, uncertainty about how much the technology will cost, and interoperability issues among the major biggest stumbling blocks.

Lack of a clear business case. “I think [return on investment] kills a lot of innovation projects right out of the gate at a big bank,” said Grainne McNamara, principal at PwC. “People are looking for ROI before you even have a sense of what you even have. How can you calculate ROI when you don’t really know what you have?”

However, banks’ discretionary budgets are beginning to open up again a little, she said. “We’re seeing more money being spent on technology and innovation.”

Dayle Scher, a senior analyst at Tabb Group, said she recently conducted a survey of bankers, brokers and buy-side firms in which blockchain technology came out low on their list of priorities. Artificial intelligence and robotic process automation, on the other hand, were high on the list. Lack of a business case and uncertain return on investment was the reason blockchain ranked low.

“They’re doing a lot of internal projects to streamline their operations, but for doing an external network-focused project, the ROI isn’t there,” she said. “If there was a clear ROI, they would be doing it.”

There’s also a network effect here — until there’s further adoption, people are going to wait on the sidelines, Scher said.

Todd McDonald, co-founder of R3, described the legal obligations around a securities lending transaction between ING and Credit Suisse that took place on the Corda distributed ledger.

“That transaction from a technology and regulatory perspective was successful,” he said. “But from the legal side, there were about seven or nine pieces of paper that had to get signed for that one transaction. None of this is easy. We need to bring in the existing legal constructs. … It’s still a lot of work that has to be done.”

Security issues. “If everyone is on one chain and that chain is corrupted, then the entire world goes down,” said Robert Palatnick, managing director and chief technology architect at the DTCC. “So the model of the future is probably going to be similar to the internet, where there are common standards, common protocols and many different private networks.”

Financial services industry people often insist that they are only interested in hardened private ledgers, he said.

Technical challenges. Blythe Masters, CEO of Digital Asset Holdings, has been working with the Australian Stock Exchange for three years to eventually migrate its system for post-trade processing of Australia’s cash equity market, known as CHESS (the Clearing House Electronic Subregister System), to a distributed ledger. It will probably take another two years to get the technology completed, she said.

In trading, there has to be clarity about the order in which transactions are cleared, she noted, so that has to be built into any exchange’s distributed ledger. Digital Asset has also had to create a programming language for its blockchain technology that provides guardrails to reduce the likelihood of errors in programming that could be exploited, as happened in the case of the DAO.

Can’t be done on a large scale. In his opening remarks at the DTCC conference, Bodson said: “I’m sure you all remember the talk not long ago about using blockchain to perform real-time gross settlement. In a small, immature market maybe. But in the United States — not a chance, at least right now. At DTCC, we seamlessly process 60 million trades each day, and during peak times like we saw last month, we handled as many as 90 million transactions. It would be impossible to do this today using a distributed ledger.”

IBM, Microsoft, R3 and others are all working to build scalable distributed ledgers.

Meanwhile, the DTCC is starting with opportunities that are smaller in scale and have very well-defined criteria, Palatnick said.

Immaturity of the technology: “If you have a 3-year-old child, no matter how smart that child is, you wouldn’t send it to college,” Palatnick said. Technologies typically take 15 to 20 years to mature to usefulness, he said.