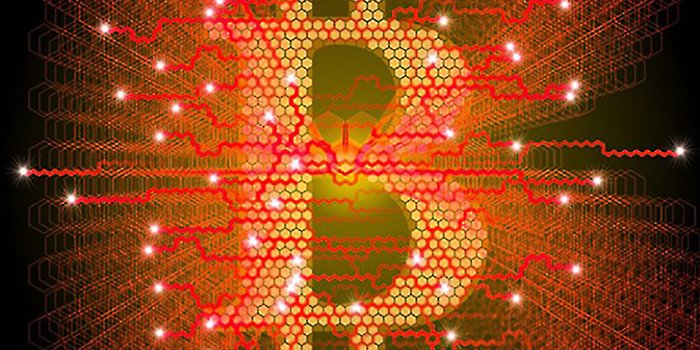 Blockchain technology was one of this past year’s biggest stories. For example, Bitcoin, the pioneer of cryptocurrencies, closed out 2017 at nearly $15,000. As Bitcoin’s popularity has grown, more blockchain innovations and cryptocurrencies have emerged from the shadows. Now, it’s nearly considered mainstream. Since then, investors and fund managers have flocked to blockchain for fintech.

However, blockchain is more than just something to drive digital assets. That’s why financial professionals need to pay attention to how their industry is changing. Now, here are five ways blockchain innovations will reshape the financial system.

First, one of blockchain’s most exciting applications is its ability to facilitate financial transactions in a very different way compared to legacy financial systems like credit card traditional payment processors. Recently, the rise of cryptocurrency technology has turned cryptocurrency into viable currency.

Right now, over $500 billion in cryptocurrency exists. Yet, current owners have limited ways to spend them. One startup, OPEN Platform, is fixing this problem. They’ve created a payment solution for application developers. As such, developers can easily integrate and enable their application to accept cryptocurrency as payment.

Second, the biggest upside for using blockchain is system integrity. Cryptocurrencies and blockchain technology eliminate the need for middlemen. Hence, it’s these middlemen that tend to overcomplicate payments and charge expensive fees on top of large transactions. As such, the very design of blockchain lends itself to security.

Blockchain is a decentralized ledger. Therefore, transactions are not visible to any person besides the two parties engaging in the asset transfer. Also, crypto wallets are essentially immune to fraud due to their complexity and uniqueness. Hence, it’s difficult to steal assets. The assets become invulnerable to forgery.

For example, the Internet of Services Foundation has created a scalable blockchain infrastructure for the future of online business. Its high throughput processing and security offer an intriguing alternative from cryptocurrency mainstays like Bitcoin and Ethereum. To date, these cryptocurrencies have been unable to scale for mass adoption. The Internet of Services Foundation’s token, IOST, has clearly caught the eye of global blockchain enthusiasts. At times, daily trading volume at reaches $200 million.

Third, for those interested in commercial finance, blockchain’s applications in cross border transactions are particularly exciting. One of the main advantages of cryptocurrencies to fiat currencies is their ability to be sent across borders without any fees. For example, money transfers can be conducted between any two locations in the world. All users need is a connection to the internet.

Therefore, Blockchain technology has the potential to offer a more secure experience than traditional wire services. Additionally, users avoid conversion fees between currencies. Small online businesses can also conduct transactions easier than ever. That’s because cryptocurrencies avoid the need for currency conversions that cost both parties significant amounts of money.

Fourth, large banks are already beginning to develop infrastructures to support the new assets and payment systems based in the blockchain. In June 2017, a group of seven of Europe’s largest banks formed a blockchain consortium. Forming the consortium was necessary for simplifying payments. Therefore, the result has been advantageous for small and medium enterprises across national borders.

Now, there are many benefits to going paperless and eliminating the need for many brick and mortar establishments. Also, banks can offer faster, easier and cheaper transactions for their customers. Hence, using blockchain innovations will create transactions that are a fraction of current costs.

Recently, the consortium has indicated more European banks have plans to join in 2018. As the European consortium grows, it wouldn’t be surprising to see other banks around the world engaging in similar activities.

Fifth, blockchain’s most interesting application is the potential to offer systems where users can automate payments and optimize their finances. For example, by using embedded smart contracts on blockchain ledgers, financial institutions can easily and efficiently collect insurance and mortgage payments. Therefore, the result would mean more on-time payments. Also, consumers could spend less time organizing their finances.

Now, blockchain technology continues to grow in popularity. Hence, it will be important to monitor how its applications will affect all industries. Already, the rise of cryptocurrencies have already attracted investors and financial institutions. Now, the financial industry is poised to gain the most immediate impact from blockchain innovations.

Today, there are smarter blockchain networks, better cryptocurrencies and improved infrastructures in development by a variety of companies and groups. Moving forward, blockchain technology is set to completely reshape the financial industry as early as the next decade.