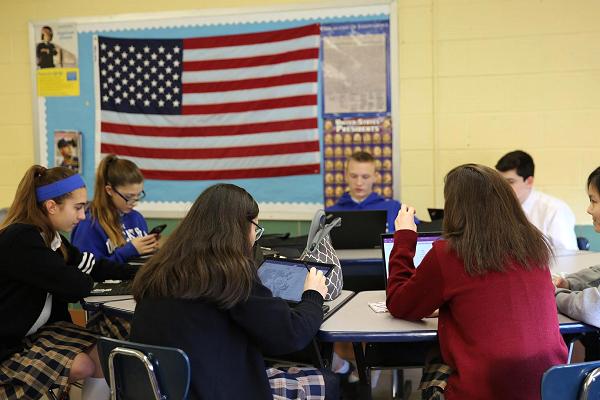 The craze over the price of bitcoin and other cryptocurrencies isn’t just limited to traders. It’s also spread to college campuses nationwide.

Cornell, Carnegie Mellon, Duke, MIT and Stanford are just a few of the elite universities offering courses in cryptocurrencies and blockchain, the technology underlying them.

“Blockchains have created a sea change in the relationship between academia and industry,” said Ari Juels, a Cornell University professor and co-director of the Initiative for CryptoCurrencies and Contracts.

“Suddenly topics that were once of purely academic interest have become an integral part of the latest technologies and systems, a phenomenon that has drawn academic researchers into the vortex of change.”

The courses are often jam-packed, and most have waiting lists. At U.C. Berkeley, “Blockchain, Cryptoeconomics, and the Future of Technology, Business, and Law,” is the first course cross-listed in three departments: engineering, law and business.

Besides offering the graduate-level course, the university also boasts a robust student group, Blockchain at Berkeley. Membership to the club is in such high demand that students go through a three-round application process, and only 4 percent were accepted in the last application window. Students in the club work for Fortune 500 companies like Airbus and Qualcomm. One group within the club even formed a hedge fund, which has raised $20 million.

Still, most students say they’re not driven by the financial prospects of blockchain. Rather, students like Noah Johnson, a 6th year Ph.D candidate, says he wants to make a difference: “I’m more motivated by building something that will change the world.”