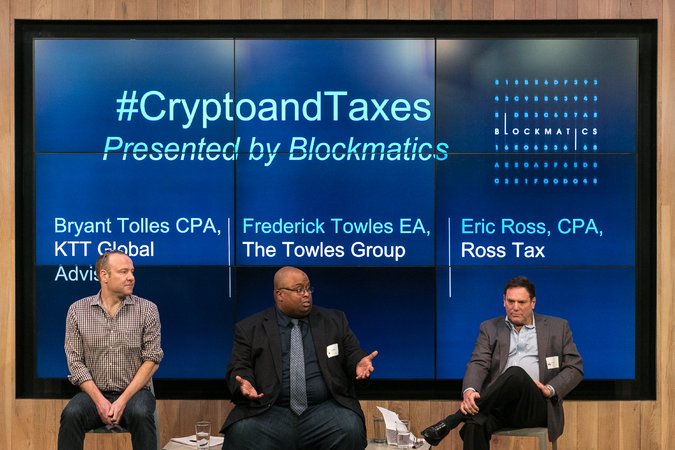 The room was full of stressed-out cryptocurrency traders. And for once, they weren’t nervous about the price of Bitcoin, or the roller coaster swings of the virtual currency markets.

No, the subject of this gloomy affair was taxes. Specifically, how — and whether — to pay them.

With this year’s April 17 tax filing deadline fast approaching, many virtual currency traders are sweating over their tax returns. They’re confused by the complicated rules, many of them stemming from guidelines issued by the I.R.S. in 2014, governing the taxation of virtual currencies. They’re afraid that the windfall profits created by last year’s cryptocurrency boom, which sent currencies like Bitcoin and Ether skyrocketing and created a new class of crypto-millionaires, have left them with huge tax bills. And, of course, they’re worried about drawing the eye of the Internal Revenue Service.

“I’ve lost sleep over it,” said Shaun, a trader who said he was still figuring out how to properly account for last year’s cryptocurrency profits on his taxes. Shaun, who asked that his last name not be used because he has been audited in the past, said he was scared that increased scrutiny of the cryptocurrency market could lead the I.R.S. to pay special attention to cases like his.

This gathering, which took place last week in Manhattan and was organized by Blockmatics, a research and education company, featured three accountants who specialize in cryptocurrency tax preparation. For an hour, the audience peppered them with tax-prep questions that ranged from common (Do I have to pay taxes on Bitcoin if I haven’t sold yet?) to esoteric (If my Bitcoin wallet got hacked and all my coins got stolen, can I deduct my losses?). By the end of the hour, there seemed to be many more questions than answers.

“It’s complicated as heck,” said Mike Schreibman, an I.T. consultant who attended. Mr. Schreibman pulled out his phone to show me a dashboard of all the cryptocurrencies he trades, and said that he was considering filing an extension to buy himself more time for analysis.

“Nobody knows what’s going to happen,” said Jeanne Lowdermilk, a lawyer who trades cryptocurrencies. “But the I.R.S. is the one agency you don’t want to mess with.”

Taxes have become an increasingly divisive topic among cryptocurrency fans. On Reddit forums devoted to cryptocurrency trading, some users exchange tips for dodging their tax obligations, including a method of hiding their assets by converting them into “privacy coins,” such as Monero, which are designed to be opaque and untraceable. They argue about whether the I.R.S. could use the blockchain, the digital ledger that records all Bitcoin transactions, to identify tax evaders in the future. And they ask for tax advice on complex situations, such as fly-by-night cryptocurrency exchanges that vanish suddenly, erasing the records of users’ transactions.

Cryptocurrencies are tax-unfriendly by design. Many of the early adopters of Bitcoin were libertarians and anarchists who were drawn to the technology’s stateless, decentralized nature. And while cryptocurrency transactions are permanently recorded on the blockchain, it’s possible for users to conceal their identities.

Until recently, the I.R.S. showed little desire to go after cryptocurrency income, since there was so little of it. But last year’s boom changed all that. The agency has formed a team of specialists to investigate cryptocurrency-related crimes, including international money laundering and tax evasion. In November, after a yearlong lawsuit, the agency won a judgment that forced Coinbase, the largest American-based cryptocurrency exchange, to turn over account records for more than 14,000 customers. In January, Coinbase sent 1099-K forms to a number of its current users, informing them that their trading proceeds were being reported to the I.R.S. and reminding them to pay the taxes they owed.

All of this confusion has created a cottage industry of specialized accountants who can keep traders out of tax trouble. Many of these accountants are cryptocurrency fans themselves, and they are more likely than your average C.P.A. to understand concepts like airdrops, hard forks and other bits of confusing crypto-jargon.

Mario Costanz, the chief executive of the tax preparation firm Happy Tax, told me that an influx of cryptocurrency trading clients had helped his business more than triple in the past year. Last year, Happy Tax opened a separate cryptocurrency division, Crypto Tax Prep, which already has several thousand clients and is the fastest-growing segment of his business.

Laura Walter, a Tokyo accountant who goes by Crypto Tax Girl on Twitter, said she had been inundated with requests for help with tax preparation this year.

“A lot of crypto investors are younger and don’t have a lot of experience trading stocks,” she said. When they find out they owe taxes on their cryptocurrency trades, she said, “a lot of people are kind of shocked.”

Part of what makes paying cryptocurrency taxes so difficult is that current I.R.S. rules treat cryptocurrency as property rather than currency. That means that every time you sell or transfer a digital coin for something else — whether you’re cashing out Ether for dollars, trading Bitcoin for another cryptocurrency or using Ripple to buy a cup of coffee — you’re creating a taxable event that must be separately recorded and accounted for.

Complicating matters even more, the timing of last year’s cryptocurrency boom made for some extra tax headaches. The price of Bitcoin rose more than 1,500 percent last year, with most of the gains coming during the last two months of the year. High prices caused many traders to sell Bitcoin in 2017, in order to lock in their profits. But instead of cashing out into dollars, many traders put their 2017 profits into new cryptocurrency investments, most of which have lost money in this year’s market slump. That decline has left some investors short of the funds they need to pay the taxes they owe on last year’s gains.

Ms. Walter said she had seen clients with cryptocurrency gains as large as $400,000 who did not withhold taxes during the year and subsequently lost money trading. “Now they’re stuck with these huge tax bills, and they don’t have the capital to pay it.”

Faced with such problems, some cryptocurrency traders have decided to avoid the issue entirely, by not declaring any cryptocurrency on their taxes and hoping for the best. According to Credit Karma, which provides tax-filing services, fewer than 100 of the 250,000 people who had used the company’s tax-filing software as of February reported cryptocurrency transactions, a rate below 0.04 percent.

Even the people at the cryptocurrency tax event in Manhattan admitted that most of the traders they knew weren’t planning to pay taxes on their crypto-gains.

“This is the smallest crypto event I’ve been to,” said Mr. Schreibman, the I.T. consultant. “No one believes they’ll get in trouble.”

All the traders at the event said they would do their best to pay their taxes in full. And they looked a little shellshocked, as if they had been rudely yanked out of a thrilling, consequence-free virtual world back into the real one.

Peter Baniuszewicz, a cryptocurrency trader from Brooklyn, told me that this year’s tax season had come as a jolt of reality.