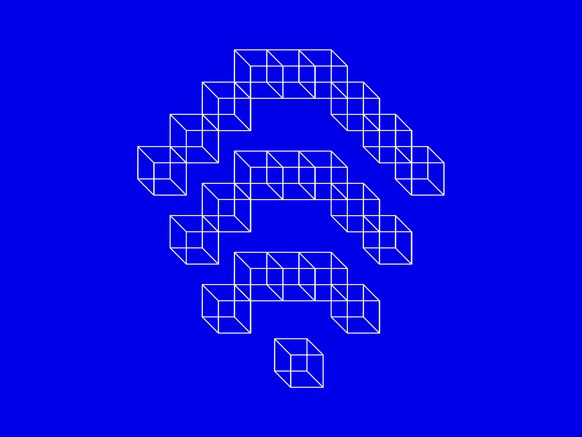 THE TECHNOLOGY AT the heart of cryptocurrencies like bitcoin—blockchain—has captured the world’s attention, much as the internet, peer-to-peer file transfers, apps, and the cloud did before it. Simply put, blockchains are distributed databases that can be securely updated without the need for central intermediaries. That makes them relevant to a whole host of uses, including everything from food safety to digital identity to insurance records. The jury is still out on most applications, but at the risk of adding to the ballyhoo, it’s time to add another possibility to the ever-growing list of blockchain uses: access to spectrum.

Spectrum may be invisible, but it is some of the most important infrastructure we have. The wireless frequencies used to transmit voice and data signals over the air keep us connected and facilitate everything from Wi-Fi to GPS to the Internet of Things.

As wireless uses proliferated during the past two decades, the Federal Communications Commission generally distributed spectrum by selling licenses for exclusive use at auction. The highest bidder would walk away from an auction of specific spectrum bands with the right to exclude others and to use the airwaves they secured any way they saw fit. At the same time, however, the FCC also kept some spectrum bands available for public access. This unlicensed spectrum was also important—in fact, it’s where Wi-Fi access takes place today.

But as dependence on wireless technologies expands, the demands on our airwaves are growing, too, which means it’s time for spectrum policy to evolve.

That’s occurring as the FCC looks to open up new airwaves for next-generation wireless use, but our old binary system of licensed or unlicensed airwaves needs a reboot. There are more efficient ways to use this scarce resource, and we need to explore them.

Three years ago, the FCC began an experiment. It took a sliver of spectrum in the 3.5-GHz band and proposed opening it up to a mix of uses. It crafted rules that gave licensed and unlicensed users a right to share the same spectrum. Then it proposed spectrum access systems to dynamically manage the different kinds of wireless traffic.

Spectrum access systems are advanced, highly automated radio spectrum coordinators tasked with protecting priority users in the band while optimizing efficient use of available spectrum for everyone else. They do this by keeping centralized lists of all the devices that want to use the airwaves, including their type and geographic location. The systems use this information to assign specific frequencies, manage power levels, and prevent interference between devices and services. The result is on-demand sharing in the 3.5 GHz band. The proposal was a major milestone in spectrum sharing and management.

This effort is a step forward in spectrum management. But it’s time to take this model further into the future. The FCC can do that by leveraging new technologies that are smarter and more decentralized—like blockchain.

Instead of having a centralized database to support shared access in specific spectrum bands, innovators should explore the use of blockchain as a lower-cost alternative. If the effort succeeds, the benefits could be considerable: The system could reduce the administrative expense of allocating spectrum and increase efficiency by enabling demand-matching spectrum sharing and by lowering transaction costs. Even better, the public quality of the information on the blockchain could expose patterns in use and inspire new technical innovation in the process. Plus, new models for short-term leasing of our airwaves could emerge and expand the range of wireless uses.

While the extent of the blockchain’s (much-hyped) utility is uncertain, the cases that are most compelling are ones where a broad array of users need to establish a system of trust to facilitate an exchange in value. Spectrum sharing fits that model perfectly.

That may seem out there, but then again, there was a time when the app store was a small place, rather than a megamarket filled with anything and everything. So let’s consider how blockchain can help remake spectrum access. The possibilities are real, and the potential to power a new and more efficient wireless world is worth the exploration and effort.