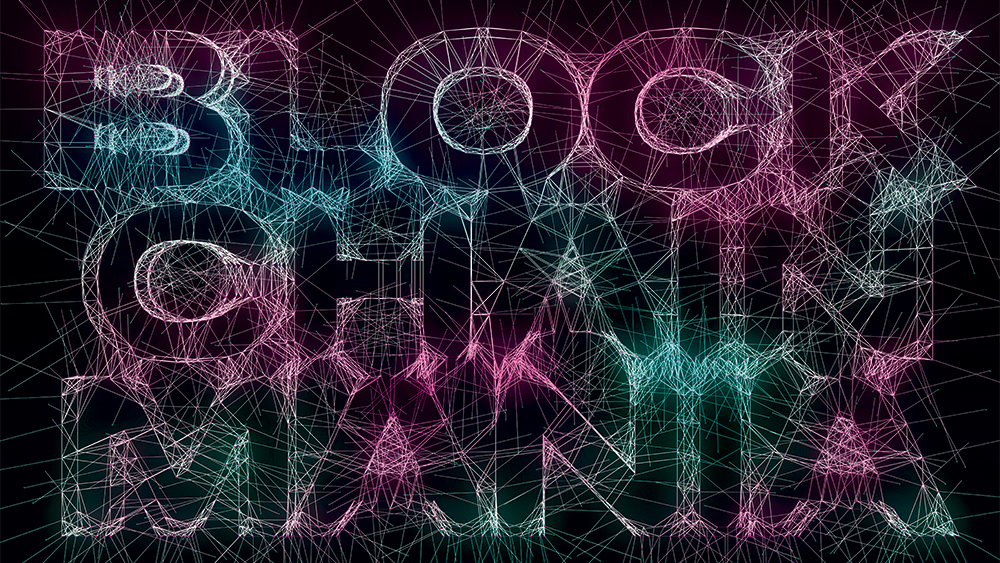 Jeremy Culver thinks he’s found a secret weapon to bring his next movie to the masses: blockchain.

“No Postage Necessary,” a romantic indie comedy coming this June, will be the first film to be to be released with the help of blockchain technology. Viewers will be able to buy the film through the blockchain-based video app Vevue, and pay for it with the app’s digital currency. “They need to just pay a token rather than dollars,” says Culver, who directed the movie and co-produced it with actress Charleene Closshey.

The release is just the latest sign of Hollywood warming up to blockchain. The technology is at the core of digital currencies like Bitcoin, and is being hailed as a way to decentralize all kinds of internet services and business models.

“No Postage Necessary” will be the first movie to be released with the help of Blockchain technology.

Culver readily admits that he wanted to be first in a space that’s gotten everyone’s attention. But like others who have dabbled in blockchain tech, he’s also gotten hooked, and truly believes that blockchain could be nothing short of a revolution. “It’s a pretty strong word, but it’s happening,” he says. “The world is changing.”

That change began in 2009, when a programmer going by the moniker of Satoshi Nakamoto invented blockchain as the technical underpinnings of a then-brand-new electronic currency called Bitcoin. In very basic terms, a blockchain is a secure, collaborative record of data, often also called a distributed ledger, which is maintained by a network of computers.

In the case of Bitcoin, that ledger is used to keep track of all the electronics coins in circulation, as well as any Bitcoin transaction ever made. But blockchains can also be used as a public, verifiable record of contracts or other types of data. A number of startups and big companies alike are looking for ways to make this distributed architecture work for media and entertainment.

“We think that blockchain tech has a lot of potential,” says Comcast Ventures managing director Gil Beyda. The media giant’s venture arm recently started to invest in blockchain businesses. Comcast Ventures’ primary purpose is to generate financial return, but it’s also taking cues from its parent company on how the new technology could help the entertainment industry.

That industry has seen distribution prices tumble in its transition to digital, says Beyda. But often, physical storefronts have simply been replaced by digital ones. “As a result of that, we had a lot of intermediaries and aggregators appear,” he says. “We think blockchain has a lot of opportunities to evolve those models.” In other words, cutting out some of the middlemen might make media more profitable.

This promise also motivated New York-based Littlstar to embrace blockchain. The five-year-old startup had originally built a traditional, centralized distribution platform for virtual- and augmented-reality content from media partners including Disney, Fox and A+E Networks — only to discover that it had to rely on costly third-party infrastructure, like cloud storage. “We saw what was broken,” says Littlstar co-founder and CEO Tony Mugavero. “Moving VR content around is super expensive at scale. We had to find a way of taking distribution costs out of our equation.”

To solve this problem, Littlstar began working on blockchain-powered distributed-file storage, effectively recruiting users to help securely redistribute licensed files. The company is working on bringing this distributed network to its own apps, but along the way has decided to make the solution available to other app developers and content distributors. “We are effectively opening up the blockchain to everybody,” Mugavero says.

Littlstar now aims to combine its decentralized file distribution technology with a blockchain-based rights-management and rewards system. The new platform is being called Ara, and is scheduled to launch later this year. Users will get tokens, or credits, every time they help to redistribute a file, which they ultimately can use to buy additional content. However, Mugavero wants to make sure that the system doesn’t just appeal to blockchain enthusiasts. Instead, he aims to model it after airline miles rewards. “The backend will be blockchain-driven, but consumers shouldn’t even notice that,” he says.

Littlstar isn’t the only startup looking to popularize blockchain for media. Otoy, known for working with HBO and others on cloud-computing-based visual effect generation, wants to use blockchain tech to render visual effects for movies on thousands of computers around the world. SingularDTV aims to help filmmakers and other creatives raise funds for their projects, and ultimately distribute them, with the help of blockchain technology. Po.et, which is led by the Washington Post’s former head of innovation Jarrod Dicker, wants to bring blockchain to the web publishing industry.

These companies are being joined by dozens more that are pitching plans to build the blockchain versions of YouTube, Netflix and every other successful media entity.

This blockchain mania is in part fueled by a new type of fundraising: the initial coin offering (ICO). Instead of tapping into traditional venture capital markets, blockchain startups raise money from a much wider pool of investors by offering them tokens, which can theoretically be redeemed against future goods and services. But in light of huge value gains for cryptocurrencies like Bitcoin, tokens have often become their own kind of speculative asset.

“We’re seeing companies getting funded with hundreds of millions of dollars where essentially you have a couple of interesting co-founders and a white paper,” says Beyda.

Some less-than-reputable companies have deliberately targeted gullible investors, selling them worthless tokens with promises full of smoke and mirrors. This recently prompted the SEC to step in and take a closer look at ICOs.

Even responsible businesses are hard to value in such a nascent market, cautions Beyda. Previously, investors would look at revenue or usage metrics to determine how much a company might be worth. With blockchain, you’re often starting from scratch, with no users, no revenue and a technology that’s still very much in flux.

“It’s essentially like you’re starting a new country,” says Beyda. If someone were able to create an entire country overnight, how would you value that country’s economy on day one? “This is a new business model that we’re having to figure out.”

Outside of the ICO-fueled blockchain startup mania, big media companies are also looking into the technology. In addition to investing in blockchain startups via its VC arm, Comcast has been testing the tech to facilitate data exchange between major media companies for advanced advertising — efforts that it soon plans to spin out into a separate company called Blockgraph.

Warner Music is exploring ways to use Blockchain technology to manage its global assets, according to a recent job offer. And Spotify acquired New York-based blockchain startup Mediachain, which had been working on a distributed music rights and compensation infrastructure, a year ago.

Some advise caution, saying that decentralizing everything in media may not be the right way to go. “The world of the decentralized internet is enormously exciting right now,” remarks

BitTorrent’s executive VP of strategy Simon Morris. “But there are also many projects trying to do things in a decentralized way because they can, rather than because they should.”

Morris speaks from experience. BitTorrent, best known for its P2P file-sharing software, has tried to use its technology for many distributed services over the years, including a P2P content delivery network for websites and online videos. Using a distributed network of computers to deliver website data was a lot more cost-effective on paper — but in reality, the added complexity quickly ate up those potential savings.

Culver, the director of “No Postage Necessary,” readily admits that blockchain tech doesn’t change the entire entertainment business overnight. “You still need great PR and marketing,” he says. “You still need theatrical bookers.” But while the technology is still finding its footing, Culver hopes that it can ultimately be used to more fairly divide royalties among everyone who works on a movie.

And maybe it can even help filmmakers make their movies go viral — a strategy that “No Postage Necessary” aims to test with its theatrical release. Moviegoers who upload a review of the film as soon as they leave the theater will be able to unlock Vevue tokens as rewards. Says Culver: “It’s an opportunity to use the blockchain to drive traffic to theaters.”