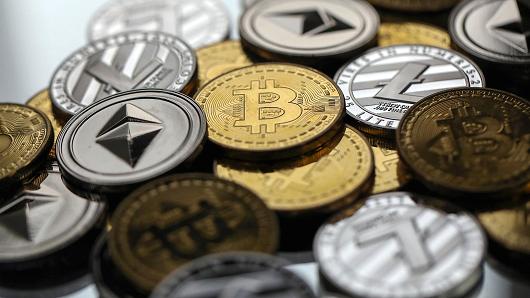 Despite bitcoin’s price skid this year, one hedge fund manager holding the cryptocurrency says even if it flops the way Pets.com did in the dot-com era, his investors will still make money.

“If you had a portfolio of IPOs — one was Pets.com and one was Amazon.com — it doesn’t matter what the rest were. You made a great return,” Dan Morehead, CEO and co-chief investment officer of Pantera Capital, wrote in a letter to clients Friday reviewed by CNBC.

His letter to investors said that even if bitcoin were the proverbial Pets.com, which filed for bankruptcy in 2000, “you will probably do very well.” The digital currency is down more than 38 percent this year, and was trading near $8,519 as of 12:08 p.m. ET Friday.

He highlighted Pantera’s ICO Fund as an example, which is made up of 25 initial coin offerings.

“That’s even after we’re down to a single-digit number of blockchains and 90 percent of the ICOs have gone to zero,” Morehead said.

Pantera’s ICO Fund lost a quarter of its value this year but is up more than 200 percent since its inception, according to the investor letter. Pantera’s Long-Term ICO Fund is up 5.9 percent. Its Digital Asset Fund is down 16.8 percent, and the Bitcoin Fund is down 26.9 percent this year but life-to-date is up more than 16,000 percent, according to the letter.

Hedge funds across the board recorded their first negative month since October 2016, down 0.08 percent in February, according to data from Prequin.

Morehead pointed to Jeff Bezos’ strategy with Amazon. The company was a majority investor behind Pets.com, he said, and despite that failure created “an insane amount of wealth.”

“The majority investor in Pets.com understood how disruptive the internet protocols that preceded bitcoin would be,” Morehead said.

The key for Bezos was investing in more than one dot-com company, and making sure he had exposure to the ultimate winners, Morehead said. Shares of Amazon are up more than 4,000 percent from the time Pets.com went bankrupt. Bezos is worth more than $130 billion, according to Forbes’ latest figures.

Morehead called bitcoin the “miracle whip of finance” and suggested investors have 1 or 2 percent of their portfolio invested in blockchain.

“I am not certain that blockchain will return 20,000% again. However, the odds are high enough that when you sum the probabilistic weighted outcomes the expected value is the most asymmetric trade I’ve ever seen,” Morehead said.

He was also bullish on the ICO boom, which has caught the attention of U.S. regulators.

The Securities and Exchange Commission has focused its attention on initial coin offerings, or digital coins released through fundraisers known as token sales. The agency issued “scores of subpoenas,” including requests for information about sales of new digital coins, according to Wall Street Journal reports.

“The ICO thing is going to be very much like the 1990’s IPO boom – just much bigger,” Morehead said.