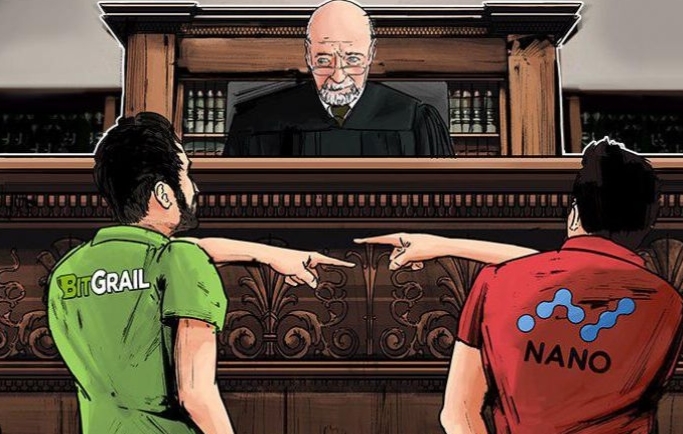 Italy-based cryptocurrency exchange Bitgrail announced that it promises to refund Nano (XRB) tokens stolen in a February hack amounting to $195 mln, so long as users sign an agreement to forgo any legal action, Bitgrail announced March 14.

In a press release on its website, Bitgrail said that, “the use of the platform for the victims of the theft will be bound by the signature of a settlement agreement. The latter will be characterised by an expressed renouncement from the users to every type of legal action, and will have to be formalized through the compilation of a form.”

Bitgrail will not take responsibility for the security breach, stating that instead the fault lies in Nano’s software. The press release continues, stating that there is an ongoing investigation to establish that Bitgrail is not at fault and is the victim of a theft:

“BitGrail S.r.l intends to stress having been subject to theft, a crime made possible by taking advantage of faults in the team NANO’s softwares and therefore, for these reasons and in accordance with the law, it is not in any way responsible for the situation.”

Bitgrail intends to pay back its users by creating a token, Bitgrail Shares (BGS). The users who were affected by the theft were refunded 20 percent of their lost amont in XRB, with the remaining 80 percent to be covered by BGS.

Following the Feb. 8 hack, neither Bitgrail not Nano wanted to claim responsibility for the hack. Founder and operator of Bitgrail, Francesco Firano, stated that the issue originated from the timestamp technology of Nano and that the block explorer of the cryptocurrency was not reliable. Firano claimed the unreliability of the Nano block explorer made it impossible for the company to discover what happened.

Troy Retzer of Nano, explained to Cointelegraph that the Nano Blockchain network conducted a resynchronization of its nodes on January 19, providing every block before the the date of the theft with a timestamp.

Firano also alleged that Nano made disparaging remarks about Bitgrail, accusing the exchange of insolvency and negligence.

Retzer answered thеse allegations saying, “It is difficult for us to help solve the situation due to a lack of information on the alleged hack.” Retzer claims that Bitgrail failed to clarify basic details including the actual amount of stolen XRB tokens.

According to the public Blockchain explorer for Nano, Bitgrail used a hot wallet to store XRB, which is vulnerable to hacks and cyberattacks.