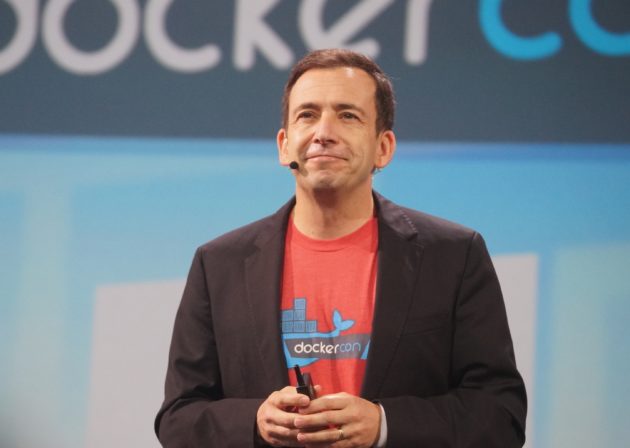 Former Docker CEO Ben Golub has surfaced on the blockchain. He’s the new CEO of Storj Labs, a cloud storage startup that is using blockchain technology to build a decentralized 30-petabyte storage network.

Golub was named CEO and executive chairman of the Atlanta-based company last week, his seventh startup and third time as CEO. “I love new ventures, but in particular, I look for a combination of a really amazing team solving a really big problem with a unique and compelling solution at a time when solving that is critical to this industry,” he said in an interview last week.

Storj Labs has raised over $30 million through token sales, as blockchain hype soars to unprecedented levels. The idea behind the company is be an intermediary between people with spare digital storage capacity (it calls them “farmers”) and people looking for cheap but secure storage.

The software behind the operation, an open-source project called Storj, encrypts customer data and breaks it up into lots of smaller pieces. Those pieces are stored on the hard drives of its farmers in exchange for Storj tokens, one of which was worth $1.14 on Sunday evening. This system borrows concepts from blockchains such as a distributed ledger and cryptographic hashes in order to make everything work.

Golub and Storj Labs think this technology can dramatically reduce the cost of cloud storage, and since the data is encrypted by default, it might also prevent some of the inadvertent data leaks we’ve seen over the past year when cloud storage users forget to lock the doors. And because the network is decentralized, Storj can’t actually see its customers’ data and there is no single-point of failure preventing access to that data.

It has been a little less than a year since Golub made way for Steve Singh to become Docker’s new CEO. Golub led Docker, which built one of the most quickly adopted enterprise technologies ever with its container platform, from 14 employees in 2013 through several rounds of funding that valued the company at over $1 billion.

However, it’s not clear if Docker will be able to live up to that valuation, as it has become much harder since 2013 to build a strong profitable company around a popular open-source project. That’s one thing he likes about Storj Labs; the company isn’t covering its fixed costs just yet, but even relatively small customers generate profits, and he expects that to grow as they put more of their data into Storj Labs and its partners.

“They’ve found a way to create viable business models for open-source companies,” Golub said. That’s a statement we’ll have to check back on in a few years, once the early days of the blockchain gold rush have passed.