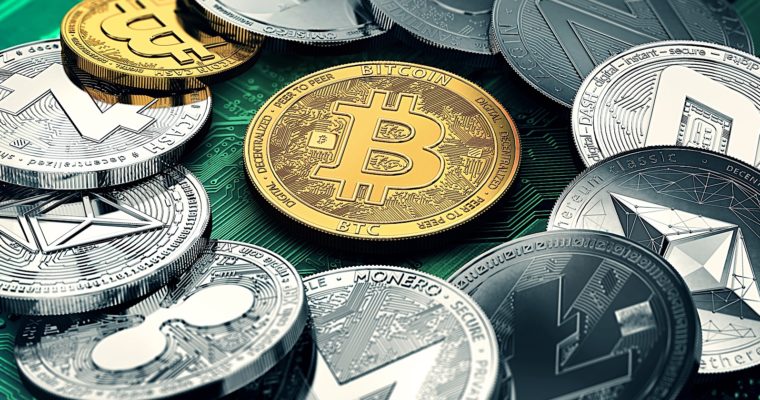 Blockchain technology has seen tremendous growth since Bitcoin came onto the scene in 2009; new coins are coming up every other day. Two of these cryptocurrencies are Litecoin (LTC) and Ripple (XRP). The two have enjoyed relative success over the years and are among the top ten cryptocurrencies in relation to market capitalization. In this article we compare the two, knowing very well that they are different coins and have completely different aims and use.

We will briefly explain what each platform is before we compare market charts and decide which one could be a better investment.

Litecoin (LTC) is an open source public blockchain cryptocurrency that was launched in 2011. Litecoin uses the Scrypt algorithm which is memory-hard and therefore, unsuitable for ASIC miners. Because it can be mined using CPUs and GPUs, Litecoin is seen as better than the more centralized Bitcoin that utilizes SHA-256 mining algorithm dominated by ASICs.

LTC is a minable coin listed as number 5 on the cryptocurrency market site coinmarketcap.com. The maximum supply for LTC is 84 million, with the Litecoin network block time set at 2.5 minutes. To accommodate the upgrades required, making Litecoin scale, the Litecoin Foundation adopted the Segregated Witness (SegWit) protocol that will enable the platform to implement the Lightning network.

On 6th March 2018, France-based cryptocurrency exchange Bitit, announced that they had added Litecoin and Ripple on to the coin traded on the site. This was seen as some good news for both coins as they continued to struggle with against low trading volumes. According to the announcement, users of LTC and Ripple can now access the crypto coins through the exchange via payment methods like cash (fiat), credit card, and wire transfers. The exchange site listed investors could buy LTC and XRP using over 14 available fiat currencies. This means users can buy either coin using any of the major using USD, EUR, yen etc.

This is Litecoin’s price chart in the 1-day price movement on 8th March 2018. 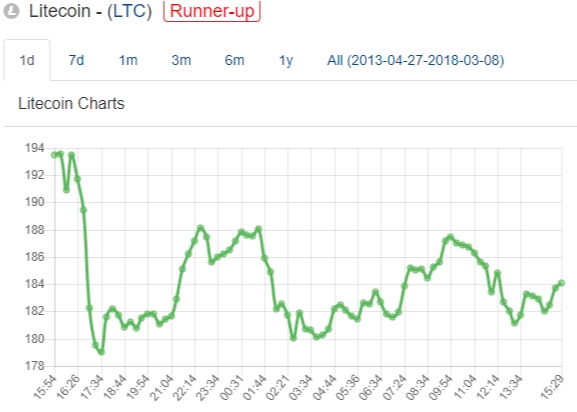 For 2018 prediction, let’s look at what Litecoin looks like going into Q2 and beyond.

As you can see, on the left is the predicted movement of LTC prices in the next few days, while on the right is the expected growth for 2018 going into 2019. Either way, Litecoin prices are expected to improve from the current one.

Ripple (XRP) is a distributed open-source payment network that aims to revolutionize financial institutions and payment systems through blockchain technology. Ripple was launched in 2012 and operated in beta version until 3rd February 2018 when its stable version was released. The maximum supply of XRP is set at 100 billion.

The Ripple platform utilizes the Ripple Protocol Consensus algorithm (RPCA), which is applied across all the nodes on the network after every few seconds. These nodes help to maintain network agreement and consensus.

Ripple allows its users to transact in any currency that they hold by either sending it or receiving it on the Ripple platform. Ripple prides itself on being faster than many other coins in the market. It takes only 3.6 seconds to complete a transaction on the Ripple network.

However, Ripple has some way to go before it becomes truly popular and ready for mass adoption. Last week, rumors of XRP being listed on Coinbase made headlines, only to be played down by Coinbase as baseless and that nothing had changed. That report made the marginal gains witnessed over Sunday and Monday fade away.

This is Ripple’s price movement chart for today 8th March 2018.

The chart on the left shows XRP’s price movement for the next few days, while the one on the right projects its movement for the rest of 2018. Compared to Litecoin, Ripple’s short-term outlook isn’t great. However, the coin is still expected to grow as 2018 moves into Q2 and beyond.

Which one do you think has a better chance going forward in 2018? Is it Litecoin (LTC) or Ripple (XRP)? Remember to do your due diligence before you decide to invest.