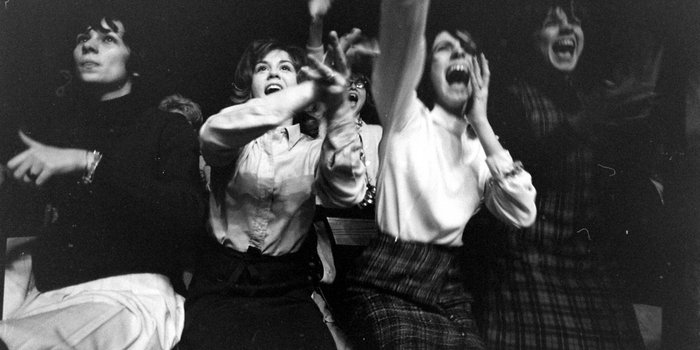 The future for blockchain-based systems is promising, but we need to be very clear about what blockchain can do that no other technologies can to today. Otherwise, its value will be obfuscated by a wave of misguided pilots. Three out of every four blockchain companies that I speak with today are not selling a solution, but are rather looking to buy a business case. Yet, when we look back on blockchain in 20 years, its impact may be as big as the internet.

As a technology foundation for decentralized business ecosystems, there are many, yet specific, use cases that hinge on the unique strengths of blockchain. Blockchains, or distributed ledgers, provide a new way to handle transactions with virtually anyone, anywhere, with confidence. They can encode all manner of attributes like value (cryptocurrencies) to just about any kind of digital record that are added to an immutable ledger across a network with no middlemen to slow things down or add costs.

With such opportunity, it’s alarming that what we are largely seeing today are specious projects based on centralized designs and other misconceptions that nullify the premise of blockchains. If we are to give the technology the proper runway, we need to convert the hysteria into productive and realistic expectations that shorten blockchain’s slide through the “trough of disillusionment,” which could be around the corner littered with pointless proofs of concept.

Blockchain deployments are not truly scalable compared to conventional (server-based) transaction methods and transaction times are currently on the slow side. They are only scalable for certain types of transactions, small payloads and up to certain limits. You can’t just pile information on the blockchain.

While blockchain is based on cryptographic standards, the methods to ensure privacy are entirely outside of any blockchain standards and implementations. Blockchain integration is only really understood and verifiable by cryptographic experts. But, it’s every implementer’s responsibility to ensure security, so that is handled largely as it is in the old world of financial transaction management.

Myth 4: You can put anything in the blockchain.

Blockchain is a protocol expressed in code and is not defined in terms of any standard. There are no standards bodies to provide sanctioned implementation rules or guidance.

Typically, you can only deal with small payloads, and you still need agreed standards between all participants for anyone to make sense of what is stored. When you comb through “first out out of the gate” vendor marketing, in most cases, you will see a pattern of assumptions that blockchain is an application-level solution, that it will allow for interoperability between products that aren’t yet real, and that today’s leading platforms will dominate tomorrow. Remember MySpace?

Myth 5: You can express anything in a smart contract.

While this is technically true, in practice, blockchain is limited to simple and well-understood use cases. Smart contracts are essentially rocket science. By design, once published, you cannot revise or bug fix them. They involve remarkably complex interactions and irrevocable consequences. The DAO (Decentralized Autonomous Organization), an Ethereum-based blockchain investment authority, is one such example that cost participants tens of millions of dollars in a few hours. Its resolution nearly broke the community. You really must find the right use cases and not assume they are all going to be safe.

Myth 6: If you don’t like a public blockchain, go private.

Private blockchains are not the answer to privacy or restricted access to information. In fact, you can argue private blockchains should not even be on the table as an option. Nonetheless, enterprise blockchains may fail to realize any of the inherent benefits of the blockchain technology and privately developed blockchains may lack the community and academic scrutiny that is necessary to ensure their properties.

Myth 7: “We have created a new blockchain with feature X.”

Community-driven blockchain products are being forked left and right by private players who enhance them in various ways. But, the large communities comprised of adopters, users, academia and implementers are the only force ensuring the cryptographic properties of the implementation. Only the open source blockchains with the largest communities and install-plus-adoption bases will persist. The rest can be considered lab experiments and 99.9 percent of these will die horrible deaths.

With the myths busted, where does that leave us? Savvy technologists will move forward with uses cases with a set of first principles in mind. For one, there will probably never be one blockchain to rule them all. Two, different use cases require different blockchains. Some will have many participants, some few, some will require strong privacy around the facts, some full transparency.

As a final note, blockchain techniques have already been commoditized. Cloud implementations widely allow blockchain nodes based on every popular code base (such as Ethereum and Hyperledger). Blockchain is not itself a differentiator. Differentiation is derived from the use case, the governance, the ability to create adoption, and the implementation around a specific blockchain algorithm.

With all of the above in mind, the best thing we can collectively do now is get creative, attack real business problems, and launch proofs-of-concept to better understand the power of blockchain.