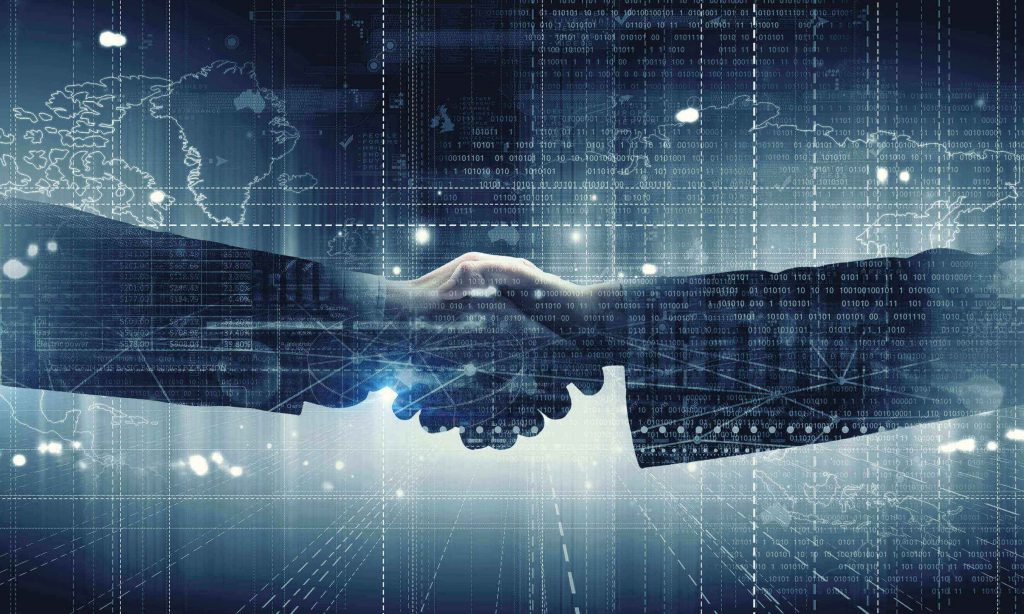 Blockchain, the technology behind cryptocurrencies, is “one of the most overhyped technologies ever,” according to noted economist Nouriel Roubini.

Bitcoin was one of the first applications of the blockchain. It’s a public ledger of bitcoin transactions that is tamperproof. Transactions on the bitcoin blockchain require verification from a number of different parties. The transactions are verified by so-called “miners” solving complex mathematical puzzles with high-powered computers.

There is no central authority on the bitcoin network which is why the blockchain is often called distributed ledger technology. Large financial institutions are exploring how it could be used.

Advocates have said that it could speed up processes such as legal contracts, cross-border money movement, and back-end processes in large firms.

But Roubini, who is also known as “Dr Doom” for his pessimistic economic outlooks, is not convinced.

“In reality, blockchain is one of the most overhyped technologies ever,” Roubini said in a column along with Preston Byrne, a fellow of the Adam Smith Institute, on the Project Syndicate website.

One of the promises of blockchain technology is that it could cut out large amounts of paperwork. For example, a contract between two or three parties could be executed on the blockchain. Instead of numerous paper copies being updated with the latest terms, a single document, which tracks all the changes made by different parties, would be possible. The contract would be executed once all parties had met certain conditions. This is one of the use cases touted by Ethereum, which has a corresponding cryptocurrency called ether.

Roubini said that many people are confusing what it means to run a blockchain application.

“For starters, blockchains are less efficient than existing databases. When someone says they are running something ‘on a blockchain,’ what they usually mean is that they are running one instance of a software application that is replicated across many other devices.”

Not a ‘new universal protocol’

The chairman of Roubini Macro Associates also took apart some of the arguments put forward by blockchain proponents. He said because blockchains require all transactions to be verified cryptographically, they are often slower than traditional processes.

Roubini also said it’s unlikely that blockchain technology would be able to eliminate financial intermediaries, as many have claimed. Advocates of the technology have said that the decentralized nature of the way transactions are verified could wipe out people in the middle of the movement of money, something Roubini disagrees with.

“This is absurd for a simple reason: Every financial contract in existence today can either be modified or deliberately breached by the participating parties. Automating away these possibilities with rigid ‘trustless’ terms is commercially non-viable, not least because it would require all financial agreements to be cash collateralized at 100 percent, which is insane from a cost-of-capital perspective,” Roubini said.

“Moreover, it turns out that many likely appropriate applications of blockchain in finance — such as in securitization or supply-chain monitoring — will require intermediaries after all, because there will inevitably be circumstances where unforeseen contingencies arise, demanding the exercise of discretion.”

Ripple and Ethereum were not immediately available for comment when contacted by CNBC.

Roubini also said that blockchain would not become a “new universal protocol” similar to the likes of HTML on the internet.

However, Roubini did not completely trash the technology. He said that blockchains could make sense “in cases where the speed/verifiability tradeoff is actually worth it.”

He is a well-known bear on cryptocurrencies and has, on numerous occasions, called bitcoin a bubble, recently tweeting that he thinks the price of the digital coin will go to zero.

He likened today’s “coin mania” to the “railway mania” seen at the start of the industrial revolution in the mid-19th century.

“Ultimately, blockchain’s uses will be limited to specific, well-defined, and complex applications that require transparency and tamper-resistance more than they require speed — for example, communication with self-driving cars or drones,” Roubini said.

“As for most of the coins, they are little different from railway stocks in the 1840s, which went bust when that bubble — like most bubbles — burst.”