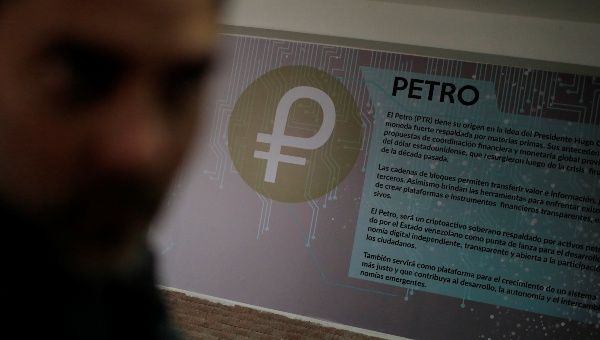 In the first week of its presale, interest in the Petro proves its potential for meeting Venezuela’s goal of recovering its economic sovereignty.

The Venezuelan cryptocurrency Petro has received 171,015 certified purchase offers so far, Venezuelan President Nicolas Maduro has said as the presale of the digital coin continues to attract interest and investments from both companies and individuals.

During a speech aired by the Venezuelan Television State Channel, the president said 40.8 percent of the offers were placed in U.S. dollars, 33.8 percent in bitcoins, 18.4 percent in ethereum, 6.5 percent in euros and 0.2 in yuans.

“The Petro will influence the future of the economy, production, commerce and finances in our region, in South America and the Caribbean,” said Maduro at the Cantaclaro Theater in Caracas Tuesday, where his candidacy for the upcoming presidential elections was endorsed by the Communist Party of Venezuela.

The head of the state said the offers were made by 87,284 internet users, of which 3,523 are legally registered companies and more than 83 thousand are individuals interested in investing in the cryptocurrency.

“I call for no one to doubt the Petro. The Petro is the future of the cryptocurrency monetary system and Venezuela is on the lead. It’s the first country to create a digital coin, a state-backed cryptocurrency,” said Maduro.

The Petro presale process began on Feb. 20 and will last 30 days. The actual sale will begin afterwards on the ethereum cryptocurrency platform blockchain.

Maduro had already said the Petro raised more than US$735 million on its first presale day. So far, the Venezuelan government still has all Petro tokens in its possession. Each Petro will be backed by an oil barrel, which means its value will depend on the oil market price.

The cryptocurrency is part of Venezuela’s strategy to reaffirm its economic sovereignty and combat the financial sanctions imposed by the United States.