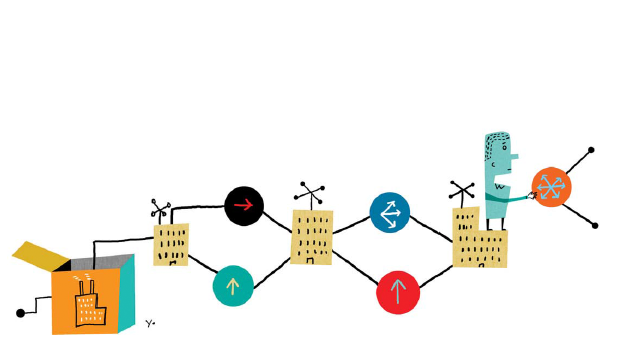 Will blockchain solve that problem? As interest in blockchain grows, misunderstandings persist about data accuracy, cultural and legal barriers, and smart contracts

Blockchain has been all the rage as a trend for the past couple of years. It’s widely viewed as an important technological development – and I agree with that view. But that doesn’t mean we should all give ourselves over to the hype and think blockchain is going to be the answer for everything. (CIOs, displaying their skeptical side, already see this trend a bit differently than analysts do, according to several recent data points.)

When evaluating future applications for blockchain, you may find it useful to take the following three considerations into account. Misunderstandings persist about all three of these important issues.

Supply chain tracking inspires a lot of enthusiasm for blockchain. One frequently cited story concerns using blockchain to track the provenance of diamonds. In May 2015, Leanne Kemp founded Everledger, a global digital registry for diamonds. Based on the Linux Foundation’s Hyperledger project, it uses blockchain as an immutable ledger to track the provenance and quality of diamonds. Such tracking is important, for example, to prevent diamonds sourced in war zones (known as “conflict diamonds”) from entering the supply chain.

Tracking provenance and movement through a distributed process with many intermediaries would seem to be well-suited for blockchain. And it probably is.

At the same time, it’s worth remembering that a blockchain doesn’t itself guarantee that the information put onto the blockchain is true. Blockchain does make it very hard to tamper with that information after the fact. But if the original supplier is able to falsify the source or quality of an item, or if two parties later in the supply chain collude to falsify a transaction, a blockchain won’t necessarily help.

It’s not hard to find examples of information that seems to be stored inefficiently. It may even be information that’s ostensibly public and therefore should be easily accessed. (Let’s leave aside for the purposes of this particular discussion whether there are privacy benefits to increasing the friction of accessing certain types of public records.) For example, it’s hard to look at the real estate transactions and titles filed in countless dusty county clerks’ offices without thinking that this is a problem calling out for the injection of a technology like blockchain.

And maybe that’s the case. But is lack of technology really the issue? It’s not as if the United States lacks the tools needed to establish a canonical property database at the federal level. Technology isn’t the issue. It’s more an issue of the political will to campaign for such a project and voter acceptance of a shift to a more centralized system.

To be sure, the relatively greater transparency and decentralized nature of blockchain relative to a traditional database may well be attractive characteristics for an application like this one. But, even if blockchain is better than existing options, don’t assume that tech is the answer to what may be human, cultural, or political problems.

Closely related to blockchain technology is the concept of smart contracts. The idea behind smart contracts is that you can code a contract that takes an action based on an event in the blockchain. For example, delivering an item could trigger a payment as well as orders to suppliers up through a supply chain.

A lot of enthusiasm for smart contracts stems from the idea that contracts can be expressed in code – so that they can trigger a complex series of precise actions upon the completion of a well-defined transaction without middlemen like brokers or lawyers being involved. (And, because this is taking place in concert with blockchain, all the actions are being recorded immutably.)

That’s all good, but remember that code has bugs and that even contracts written by expensive lawyers contain ambiguities and fail to account for edge cases. We live in a world of legal systems that generally don’t uphold disastrous business outcomes based on small technical errors. Just because blockchain is involved won’t and shouldn’t eliminate every possible ambiguity – or the need to sometimes backout transactions. As global law firm Rose Norton Fulbright recently noted: “Although Smart Contracts provide huge potential benefits in terms of reducing transaction costs and increasing security, disputes can and will arise. In fact, the intersection of contract law and code creates new areas of potential dispute.”

There are many reasons to think that blockchain will increasingly be an important infrastructure used in many industries – well beyond financial services and, certainly, in ways well beyond crypto-currencies. That said, remind yourself that not everything is a technical problem that’s universally amenable to a blockchain fix. Sometimes the problem is custom. Sometimes it’s people. Sometimes it’s the law.