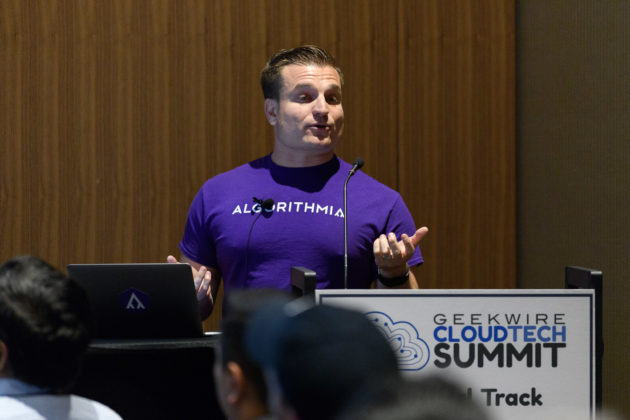 Researchers working on machine-learning algorithms now have a new incentive to try and help the artificial intelligence community: cryptocurrency.

Algorithmia packed all the current hot tech buzzwords into a new service launched Tuesday called DanKu, which is a protocol that allows laypeople looking for sophisticated machine-learning models to post their data on the Etherium blockchain in hopes of finding a machine-learning researcher who can create a training model for their data. DanKu is a neural network that will evaluate different models as they are submitted, and reward the winning model with the Etherium cryptocurrency.

The Seattle startup currently operates a marketplace for machine-learning algorithms, but this is a little different. With the use of the blockchain, participants using the DanKu protocol can access a public record of every step in the process without having to go through a third party, like they do when using Algorithmia’s marketplace.

The cryptocurrency rewards also incent researchers to participate in Algorithmia’s overall goal of democratizing access to machine-learning expertise, which for the most part sits inside some of the world’s largest and richest tech companies.

“This will incentivize the creation of better machine learning models, and make AI more accessible to companies and software agents,” the company said in a blog post.

Researchers can try out the new service by participating in a contest launched by Algorithmia to predict whether or not a Democrat or a Republican is likely to win a certain U.S. county, based on data from the 2016 election. The contract will evaluate models as they are submitted and award 5 Ether (worth about $4,360 as of this writing) to the winning model.

Algorithmia is being watched closely by the big AI companies; Google’s brand-new AI investment arm led a $10.5 million Series A round in the company last year. In addition to its marketplace of algorithms, the company also offers an AI service based around serverless computing principles that makes it easier to get up and running with complex AI models.