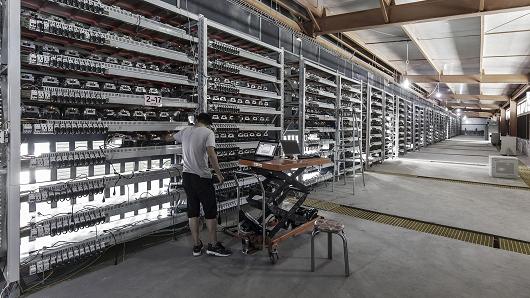 If blockchain technology is going to revolutionize how we transact with each other, computer scientists need to solve one big problem: It can consume way too much energy.

The original blockchain, which underlies bitcoin, runs on an algorithm that could eat up more energy than Argentina this year, Morgan Stanley estimated.

Innovators from top institutions such as M.I.T. and Cornell University and tech titans such as IBM and Intel are developing a number of “green” blockchain innovations to address demand by businesses for blockchain that streamlines transactions of all sorts. Blockchain can help automate transactions and records those transactions on a tamper-proof digital record available to all participants in a network.

The potential reward has spurred a race to develop the winning blockchain solutions for companies and organizations. “The people who come out with the winning algorithms are going to capture a substantial portion of the many billions of dollars that go into back-end systems,” Cornell’s Sirer said. “We are in a phase where a thousand blockchains will bloom. And the markets will decide on a few winners.”

Bitcoin’s cousin ethereum is trying to position itself to be one of those winners among the business community. Developers have created a new blockchain that would reduce its energy consumption to almost zero and allow it to scale as well as improve security, said Mike Goldin, a software engineer at Consensys, which builds applications on top of ethereum.

“If we get to a place where ethereum scales 10,000 X, a million X, but it’s using a million X energy … game over,” Goldin said. “We’d have to drain the power of the sun to power this blockchain. If we scale ethereum, but we don’t also scale the power consumption, it’s useless.”

The move will further set ethereum apart from bitcoin, with whom it currently shares a similar blockchain algorithm called proof-of-work.

Proof-of-work, also known as “mining,” is the culprit behind bitcoin’s energy waste. It’s the process by which computers solve complex mathematical riddles in order to perpetuate the blockchain and garner new bitcoin. The computers are racing to be the one to validate the next block of transaction data and capture new coins.

As more computers mine bitcoin, the math problems get harder to crack and require even more processing power. The soaring price of bitcoin last year incentivized more machines to mine it. While the cryptocurrency’s price has since plummeted below $10,000 from its high of more than $19,000 in December, bitcoin’s recent climb called attention to its long-term sustainability problem.