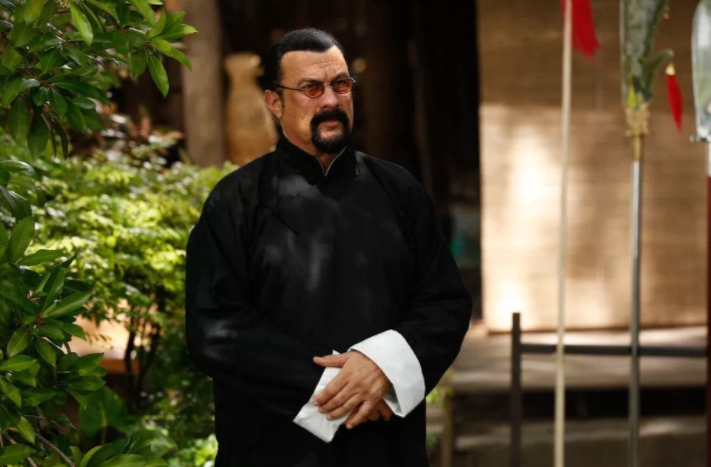 When dealing with the wild west that is cryptocurrency in 2018, a good general rule: Everything is a scam unless you can prove otherwise.

Excessive marketing is a red flag. But perhaps the biggest red flag of all? Hiring Steven Seagal to be your worldwide brand ambassador.

But that’s precisely what Bitcoiin2gen (B2G) has done.

An Initial Coin Offering allows potential buyers to invest in a cryptocurrency before launch. They’re usually used to help fund the development of a new currency and, if the technology is legitimate, it can be good to get in early before it starts getting traded freely on exchanges. In an attempt to drive people to its home page, the people behind Bitcoiin 2nd Generation have gotten Seagal on board. The statement on the website is a doozy:

As a Buddhist, Zen teacher, and healer, Steven lives by the principles that the development of the physical self is essential to protect the spiritual man. He believes that what he does in his life is about leading people into contemplation to wake them up and enlighten them in some manner. These are precisely the objectives of the Bitcoiin2Gen to empower the community by providing a decentralized P2P payment system with its own wallet, mining ecosystem and robust blockchain platform without the need of any third party.”

There’s a lot to parse here.

It’s not necessarily clear what problem Bitcoiin2Gen is for. And its White Paper (a report that typically presents the problem a potential cryptocurrency is trying solve) is dramatically light on details.

Bitcoiin2Gen was contacted but was not immediately available for comment.