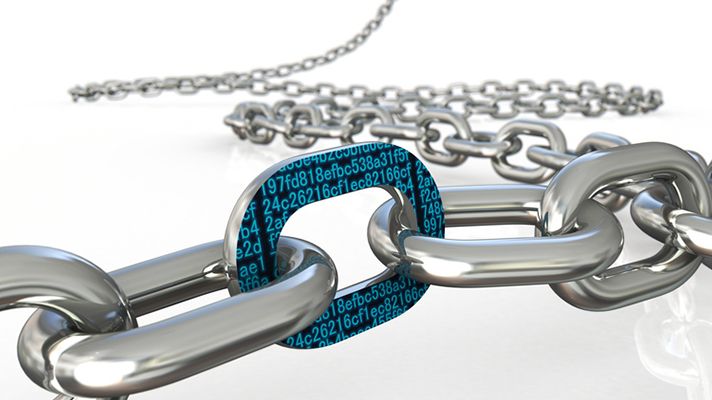 As much hype as there is around blockchain and Bitcoin, as an architecture for distributed but trustworthy record-keeping blockchain could turn out to be underhyped in the long run.

That is why major financial institutions are investigating applications of blockchain, even though it’s best known as a base technology for cryptocurrencies. In addition to financial transactions, blockchain has many other potential applications such as enabling smart contracts in software rather than written in legalese.

However, blockchain business models are still a work in progress. I have been huddling with my team to think about ways blockchain could be applied to tamper-proof tracking of healthcare claims and contracts or medical records. We see a lot of potential but also many practical problems to solve.

Know what blockchain is … and is not

Before you can develop a business case, you must understand what blockchain is and what it is not. Although there are many companies with “Blockchain” in their name, I am referring to an architecture with many implementations, both open source and proprietary, that first gained fame as the basis for the cryptocurrency Bitcoin.

Blockchain is a distributed technology for storing data as an immutable series of records. In the case of Bitcoin and other cryptocurrencies, blockchain supports the transfer of value without an intermediary like a bank. Blockchain provides a distributed ledger, ensuring that nobody can spend the same money twice. Instead of using a central database to record a transaction where funds are deducted from one account and deposited in another, blockchain creates blocks of digital records that are chained together with cryptographic keys. The chain tracks the history of changes.

All participants get their own copy, with a lock on the content of each block. If any party tries to alter that data, their copy of the chain will be immediately and obviously broken.

Blockchain is attractive when you want data to be immediately available to everyone, with each copy identical, immutable and auditable. Updates can only be made by consensus. Every blockchain implementation requires a consensus model, an agreement on what the network will store and how it will be managed.

As is often true of promising new technologies, blockchain is sometimes portrayed as a magical solution to all problems. Among the things you do not automatically get are:

When considering blockchain, know your need for speed. We think of electronic transactions as being real time, limited only by the speed of light. With blockchain, we’re limited by the speed of very processor-intensive cryptographic computation – a hurdle intended to make transactions impractical to forge. When you hear about the wonders of Bitcoin, what they don’t tell you is it can take 10 minutes to record a block of data. When the network is busy, it may take hours to add the next piece of data to the chain. That is partly because Bitcoin transactions require the consensus of an entire global network with zero trust among participants.

Faster blockchain transactions are possible where you have a smaller number of participants and an explicit trust model. Those are some of the things you must evaluate for each possible application. How many parties will be involved? Will they be longtime business partners or complete strangers? Are immutable records important? Will the business model support the cost of consensus and all the processing required to achieve it?

Also, if there is no value in recording the history of your data – or if your application depends on “rewriting history” as it goes – there is no point in using blockchain. However, most business applications benefit from stacking updates on top of the original record to show the history of modifications, which is what blockchain does well.

Think about your anticipated volume and value of transactions. Are you going to participate occasionally in high-value transactions, or frequently in many low-value transactions? Every participant must contribute processing power and storage to the operation of the network, and that costs money. We may have heavy users who are getting a lot of value, but how do we make sure that even light users find it worthwhile to participate?

The chain for change

Blockchain is not only for transactions. Smart contracts are another interesting application, where each party can have a copy of an automated contract programmed to perform an action like buying an equity or paying off an insurance policy. Think of an insurance policy for farmers that pays off in the event of drought, based on data from the National Weather Service. Smart contracts depend on authoritative data sources known as “oracles,” such as the weather bureau in this example.

What is both intriguing and scary is that smart contracts execute without human intervention. This raises many legal and practical questions, such as how do you stop a contract from executing in perpetuity? What happens when one of the parties no longer exists, perhaps because it has gone bankrupt, when the contract executes? What happens when an oracle supplies incorrect information, accidentally or intentionally?

Bitcoin remains the most prominent example of blockchain use. With the equivalent of about $100 billion worth of coins in circulation, this global payment exchange is going through its own growing pains. Soon, there may be a “hard fork” in the code to transition to a version aimed at improving speed and functionality. Ethereum, an open-source, smart contracts platform, is a second strong entry. These are fast-moving efforts, which compete with many rival implementations.

What processes do you have where eliminating the need for reconciliation would have a big payoff?

With any business case, you must show where the value will come from. You might value replication of data for disaster and recovery, or eliminating reconciliation, or the tamper-proof audit trial. Whatever it is, articulate clearly why blockchain is (or at least has the potential to be) the superior solution. For example, is immutability important for your purposes? Are the speed and latency of blockchain within acceptable parameters?

The largest driver of the blockchain business model design is trust. Will you have an explicit trust model, where all participants are known and authenticated business models, or do you need something closer to the zero-trust Bitcoin model? That drives the design of your consensus model and how simple or complex it will be. From that, you can project energy, power and computing requirements.

Determine your value and show how it exceeds your costs, and you have a business case. In my own work, I’m at a very early stage of evaluating the many opportunities to apply blockchain to data-processing needs in healthcare. I’d bet there is potential in your industry, too.