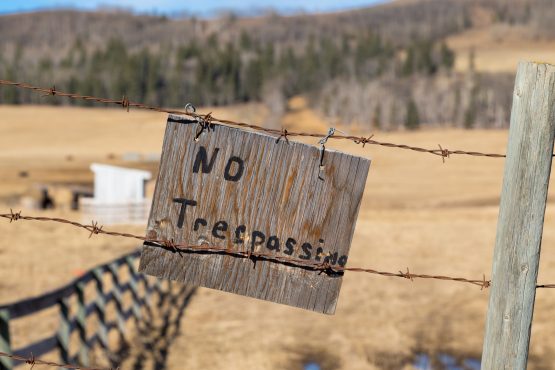 On a recent Saturday afternoon, Joseph Njuguna received a worrying call. Without his permission, someone was excavating a small piece of land he had bought six years ago.

When he reached the site he found an excavator digging up soil, and two yellow Tata trucks waiting to ferry it away.

Njuguna stopped them, but that did not prevent the “new landowner” from claiming he had legal title to the plot in Utawala, about 26 km (16 miles) east of Kenya’s capital Nairobi.

“I asked for the title and he couldn’t produce it. But he still claimed the plot was his,” Njuguna told the Thomson Reuters Foundation.

Cases of double ownership of land are common in Kenya, where cartels collude with officials to create parallel titles for parcels of land they want to acquire illegally, experts said.

But that could change if a new crop of African start-ups succeeds in using blockchain, the technology behind bitcoin, to create foolproof digital land registries.

Governments and businesses around the world are exploring ways to store data, such as contracts and assets, in blockchains – which are ledgers of digital transactions – amid rapidly growing investor interest.

Countries including Honduras, Georgia and Rwanda have signed deals to build blockchain-based land-titling systems, where information is stored in immutable digital registries and cross-checked by a network of computer users.

Land records in most African countries date back to colonial times, and the ownership of most holdings is unclear especially where it has been held communally, the United Nations’ Food and Agriculture Organisation said.

The registry will be powered by a cryptocurrency-like unit called a ‘harambee token’. It rewards users for adding correct entries to the blockchain and penalises them for erroneous ones. Under the system, the first person to register a piece of land correctly is rewarded with 100 harambee tokens, the second person gets 80 tokens, the third 50, and the fourth earns 35.

A wrong entry means they lose those tokens, which at present only have nominal value.

“With blockchain you don’t really need to trust the other party,” Tole said, adding he hopes to expand to Tanzania, Ethiopia, Ghana and Papua New Guinea later this year.

“The system itself is trust.”

“I see most African governments adopting this (blockchain) technology that will revolutionise land registries,” Tole said.

However, it is not clear that governments will permit the technology. Tole said the key challenge facing Land Layby Group and others was getting support from governments and state agencies to make blockchain-based registries available to all.

Kenya’s central bank, for instance, has repeatedly said it did not support any form of cryptocurrency use in the country. “We expect some friction with the authorities because they may not really accept the functionalities of the harambee token,” Tole said.

Anti-graft watchdog Transparency International has long ranked the land ministry as one of Kenya’s most corrupt institutions, where people have to pay bribes for services.

The lands ministry is digitising its 57 paper-based land registries but progress is slow with only a third of registries digitised by November, according to local media.

Around two-thirds of Kenya’s land is customarily owned by communities without formal title deeds, making it easy for corrupt individuals to sell or lease the land without the communities’ knowledge.

“If blockchain can help secure their farming livelihoods, then it’s welcomed,” said Clement Lenachuru, a commissioner at Kenya’s National Land Commission, an independent government body set up in 2012 to manage public land.

In Ghana, more than 80% of landowners lack title 60 years after independence, according to its land commission. Most land is held customarily with oral agreements between subsistence farmers and land-owning chiefs.

Three-year old Bitland, which plans to enter Nigeria and Kenya this year, has been helping farmers register their previously customary land online.

As customary land rights are agreed verbally, Bitland’s surveyors interview farmers, their neighbours and chiefs to agree on each parcel’s boundaries.

“Once we’re able to register these … banks will grant loans and mortgages to families,” Mwinsuubo said.

Back in Kenya, Njuguna said he was forced to rely on a lower-technology solution. The day after he saw off the excavator, he fenced off his 0.25 acre (0.1 hectare) plot and placed a sign warning that “Trespassers will be prosecuted”.

“I was shocked that someone decided to construct on my land without permission,” the 56-year-old said.