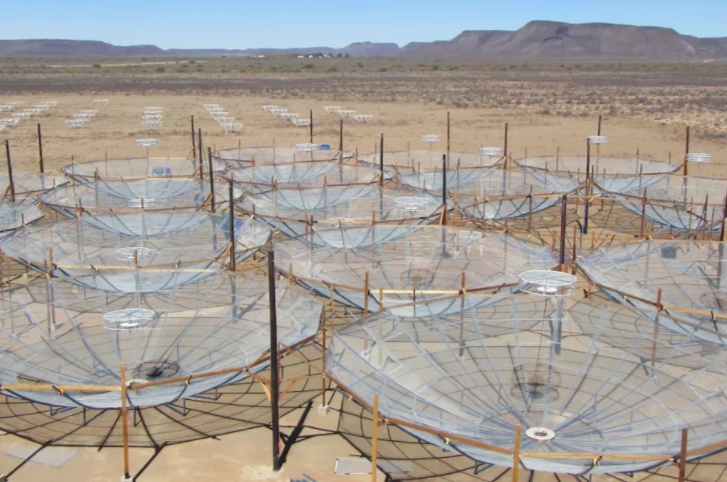 Aaron Parsons is on a quest to discover the first stars that formed in our Universe around 13 billion years ago. But one thing is getting in the way of his primordial cosmic quest: cryptocurrency.

The mining craze of cryptocurrencies like Ethereum is draining the supplies of graphics cards on the market. And that’s spiking the prices of so-called graphics processing units, or GPUs, super powerful chips that can process huge amounts of data. Without GPUs, astronomers like Parsons can’t do their job.

Parsons, at UC Berkeley, works with radio telescopes. These are made of hundreds of antennas that pick up radio emissions permeating the cosmos. All that data needs to be processed in real time by a supercomputer to create a map of the sky that can help Parsons spot the earliest stars, and ultimately understand how our Universe transitioned from hot plasma into a cosmos made of galaxies and planets.

Parsons is currently trying to upgrade his radio telescope, called the Hydrogen Epoch of Reionization Array (HERA), to a total of 350 antennas in South Africa. But this week, he found that the GPUs he needs to process data from all those antennas doubled in price — from $500 to $1,000 apiece. That will cost an extra $32,000 that won’t go to paying extra graduate student researchers.

“I kind of rolled my eyes a little bit,” Parsons tells The Verge. “I usually think of cryptocurrency as some kind of peripheral thing, and I was surprised and a bit annoyed to discover that it’s impacting the bottom line of our telescope.”

Cryptocurrency miners need the GPUs to solve the ever-more-complicated mathematical problems to create new cryptocurrencies. It’s a system that makes the network safe, but it has also spiked energy consumptions and pillaged GPUs from the market. The demand is so high that makers like AMD and Nvidia haven’t been able to keep up. That’s hurting PC gamers, as well as other scientists, like SETI researchers who are looking for alien life, as the BBC reports.

For Parsons, it could mean having to build a smaller telescope, which wouldn’t detect faint radio signals as well as a large telescope would. That would hinder his ability to see as far back in time and ultimately answer those fundamental questions about “the story of our origin, how did we get to be where we are, when we are in the universe,” he says.