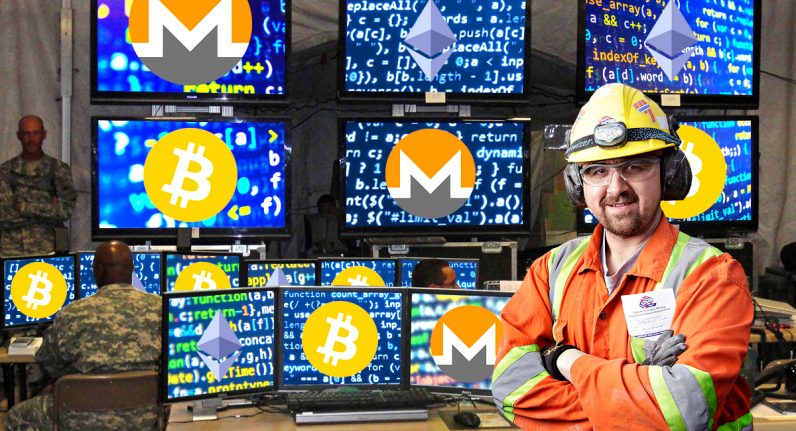 One of the more unfortunate trends that shaped up as a result of the massive blockchain boom last year was the sudden proliferation of crypto-jacking scripts – malware designed to steal your CPU power to surreptitiously mine cryptocurrency. And new research suggests the trend is here to stay in 2018.

A study conducted by ad-blocking service AdGuard indicates that so-called crypto-jacking threats will likely continue “to be found in the most unexpected places” over the course of this year.

Previous AdGuard research had discovered that there are over 33,000 infected websites on the internet, accumulating a total of one billion visits and over $150,000 in mining rewards.

The study further notes this new epidemic partially has to do with the dwindling effectiveness of ad monetization.

“The code of mining scripts was being found on websites, in apps, games, browser extensions, and of course in advertising banners and other elements,” the researchers write. “Ads often get infected with malware or mining scripts by hackers that break into ad networks, so even ads of well-known and reliable advertisers can be dangerous.”

While cryptocurrency mining scripts have often been leveraged with unethical intentions in mind, some legitimate websites appear to be also considering adapting their business models to capitalize on this new trend. Indeed, popular publisher Salon is currently experimenting with this approach.

Unlike Salon though, some other websites – like The Pirate Bay and CBS’s Showtime – were caught secretly running scripts to lend visitors’ computing cycles to mine crypto.

It is disappointing to know that crypto-jacking will only spread more over 2018, but the good thing is that there are measures you can take to thwart such attempts before they’ve happened – you can find more about that here.

Alternatively, you can just download the latest version of Opera, which comes with built-in protection against crypto-jacking.