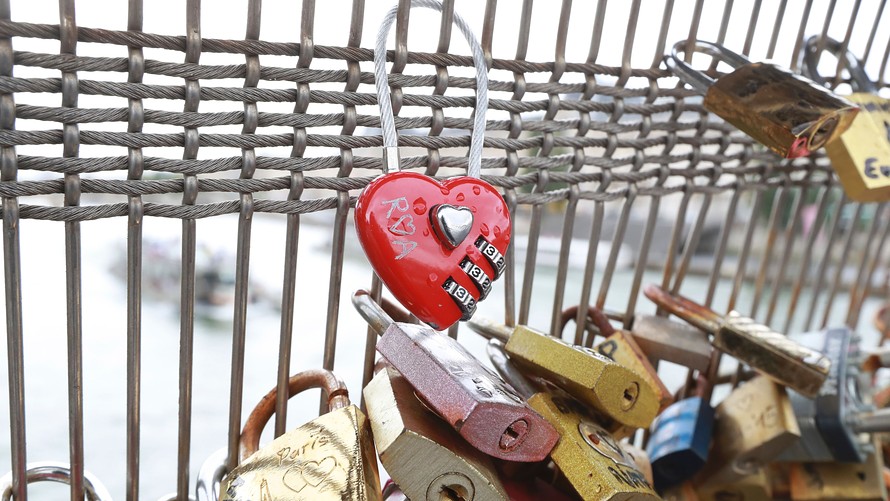 Forgot to get a Valentine’s Day gift for your sweetheart? There is still time to permanently etch your love on the blockchain.

Startups, initial coin offerings, and other services are allowing lovebirds to immortalize their feelings using crypto technology. The blockchain is the technology on which bitcoin and other cryptocurrencies are built. It functions essentially as a decentralized public ledger used to record and verify transactions. Many forms of cryptocurrency are built on their own unique public ledgers. Every time a transaction is made, it’s verified across the blockchain allowing different parties to share information in real time without a central administrator.

Building “smart contracts” on top of such ledgers is expected to disrupt everything from transportation and banking industries to government. But others have found ways to use it for love.

In 2014, David Mondrus and Joyce Bayo recorded their wedding vows into the blockchain: “For better or worse, ’til death do us part, because the blockchain is forever,” their message read. Mondrus said for him, recording their marriage on the ledger meant more than getting a certificate at the courthouse (which they did as well).

“For me, the blockchain is very symbolic,” he said. “It symbolizes the removal of intrusive government processes out of everyday life.”

Mondrus claims his was the first blockchain wedding, but others have since followed suit in 2016 and 2017. Some legal experts have called for a more widespread use of the blockchain for marriage, as the contract would span geographic borders that can complicate some marriages now.

“Decentralizing marriage could provide an immense liberating force — allowing international standards of marriage to proliferate,” wrote divorce lawyer John Oxley in City A.M., a London-based financial newspaper. Just as bitcoin allows a currency to function without the state, so too could “bitmarriage” restore the proverbial broken link between where you live and where your marriage is registered, he wrote.

Smart Love, a blockchain-based marriage app released in 2016, claims to do just that. It is built on the Ethereum blockchain, which is optimized for smart contracts. Because blockchain marriages are not recognized by the government, the app said it currently serves as a meaningful voluntary agreement between two consenting individuals rather than a legal one.

To complete a blockchain marriage with the app, users create a smart contract through its chat function, sign the contract digitally with their individual key, and then time-stamp the contract in the Ethereum blockchain, where it will remain permanently. This comes as more Americans are giving bitcoin itself as a wedding gift.

For those not ready for marriage who still want to immortalize a message, try cryptocurrency. The Valentine Coin allows couples to engrave a message of their love on the Ethereum blockchain. Similar services existed in the past, including Eternitywall.it, which let anybody embed a message in the bitcoin blockchain. The Valentine Coin sells itself as a permanent token of affection.

“It is the equivalent of the love padlocks on bridges,” the company says, “except it’s on the blockchain for eternity.”