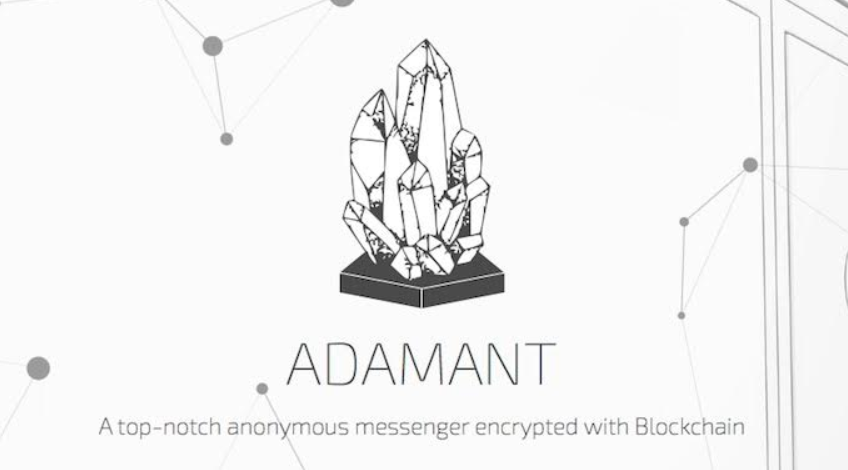 Messengers today are one of the most convenient communication tools, for this the number of messaging apps’ users are growing every day. However, not everyone has confidence in current messaging apps, and it is reasonable because of the secure of a data transmission process – a priority feature for most smartphone users.

Generally, most messengers don’t have open Source Software, as a result it is not possible to be ascertain that the software is not containing “backdoors” or other “bookmarks” to transfer user’s information to third parties.

In addition, almost all instant messengers request an access to the address book of the device, camera, microphone, location, and moreover, it is necessarily required personal identification using a phone number or e-mail frequently connecting the messenger account with accounts in social networks.

Thus, companies got full information about user, including the content of messages, located at their processing centers. They motivate their behavior by increasing the software product convenience, without taking into account the fact that this approach creates a threat of leakage and unacceptable use of personal data at all processing stages.

The founders of the ADAMANT project, following the idea of protecting the transmitting user data via instant messengers, have created the most secure and anonymous messenger encrypted into an independent blockchain system, featured by advanced technologies and extra functionality, such as integrated payment system.

INTRODUCTION TO THE ADAMANT PROJECT AND ITS KEY FEATURES

One of the reasons for the current cryptocurrency collapse is the fact that they are not reinforced by anything except speculation. Real use of the blockchain is almost never met. ADAMANT is an unusual project where blockchain technology applied for its intended use of distributed database technology.

The ADAMANT messenger is based on the concept of a secure blockchain, and its program code is open, so anyone can conduct his own independent audit, and make sure that the user’s information is not transferred to third parties and is fully-protected.

All data in ADAMANT are remains decentrally in its proprietary blockchain and encrypted by user’s device, decrypting only by the recipient. This process is provided by modern cryptography systems. It means, that even the developers do not have an access to user’s data. Even the entire history of messages is stored not on the device, but in the secure blockchain.

The ADAMANT messenger does not require an access: to the address book and the location, user IDs (phone numbers, email addresses, social network accounts, payment details). All user’s personal data is as secure as possible and cannot be transmitted anywhere or to anyone.

The ADAMANT platform is not a solution only for personal usage, but also remains a convenient, strong and effective business tool. In addition to the messaging and data transferring as the immediate goal for instant messengers, ADAMANT Business includes facilities for verification and authentication (such as digital signing), Blockchain-based Workflow (such as documents and files with digital contractual relationship), token transfer for compliance with obligations and payment procedure and making “in-house” payments via tokens and converting them into fiat.

Due to the fact that the main features of ADAMANT are safety and anonymity, in subsequent comparison of messengers, these features are taken into account as a main advantage. The ADAMANT already has a web version, the messenger is also available for iOS and has successfully been tested in Apple’s TestFlight. Moreover, ADAMANT is planned as a mobile application for Android (it is at production stage now). So, the messengers, that are taken for comparison in the table, corresponding to all the above conditions. 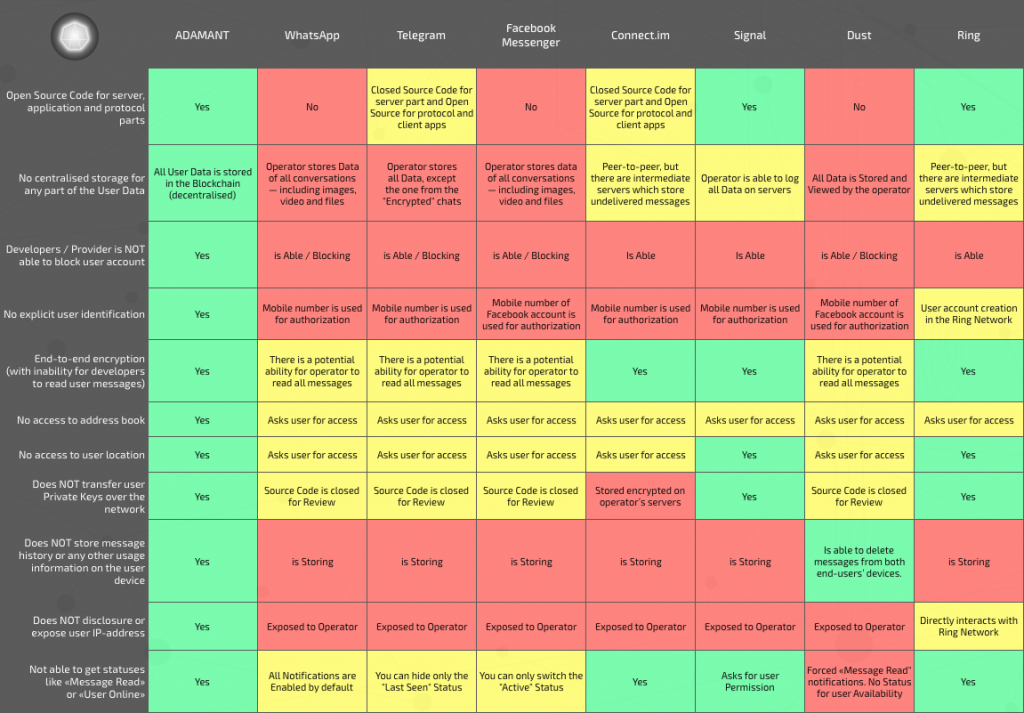 Thus, it is worth noting that ADAMANT is the most secure and anonymous messenger. ADAMANT already exists as a progressive cross-browser web application, with no installation needed. You can get acquainted with the benefits of platform for free right now, moreover after creating a wallet, users will be credited with “welcome” tokens.

At the moment, the web version of ADAMANT allows to send encrypted messages, receive notifications, store and transmit tokens, receive information about the status of the blockchain, etc. To install and try IOS version of the messenger first of all you should get the test key, then to install the TestFlight app in the AppStore, and after it to enter the received key (it may take up to 24 hours) to end the installation of the ADAMANT messenger.

THE ADAMANT PROJECT TOKEN AND ITS PROFITABILITY

ADAMANT platform has its own payment unit in the format of an ADM token. The main purpose of ADM is to provide messenger ecosystem via fees for messaging, data transferring, processing operations and additional system functions.

It should be noted, that the project’s token is not effected by third-party services, as far, as ADAMANT platform is built on an independent blockchain. Also, the ADM token has benefit of high transaction speed (5 seconds block time) and convenience (through direct transfers within chat window).

In terms of the participant’s reward, ADM token is assigned to the owners of ADM for their storage in ADAMANT wallets. For example, tokens that do not sell for ICO will be distributed proportionally among the current owners of the tokens. Users who keep ADM tokens in their wallet will receive a reward each month in proportion to their number.

Before total amount of unsold tokens would be used up, the owner’s count of tokens will grow by 5% every month. Thus, founders of ADAMANT stimulate to refuse speculative sale of tokens at digital exchanges (feature will be available after the end of the ICO), in favor of their accumulation.

The total amount of tokens produced is limited with 73 500 000 ADM (75% of the initial emission). Finished Crowdsale brought for about $ 500 000, and was highly appreciated by the community of Crypto-Investors. It is also worth noting, that a huge number of tokens (102 million ADM, in addition to the initial emission) are intended as a reward for network support.

The ADAMANT project also provides an opportunity to connect to its referral campaign. How does it work? First of all, you should contact the project’s team through the ADAMANT messenger and get the unique referral link. Then you should specify this link on your information resource (blog, media, banner) to any ADAMANT’s official website page. If the investor came by your link, you will receive 10% of the investment amount. Referral bonuses are paid every two weeks.

To sum up, it is obvious that founders of ADAMANT platform laid a fundament for ADAMANT cryptocurrency growth due to effective rewarding algorithm stimulating participants to support the growth of the platform and because of gainful ICO conditions. By purchasing the ADAMANT token now, the buyers receive discounted price and maximum profitability by means of long-term storage of ADM token in wallet.

More information about the messenger, about its features and ICO terms, you can find at the official ADAMANT website, where you can also get acquainted with the Whitepaper and take part in the ADAMANT ICO.